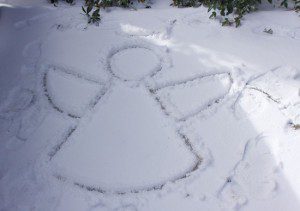 The bus is not coming today, and there will be no Wednesday afternoon swimming after school with the home therapist. He’s not venturing out to our home today. Eagerness to play outside as the winds blow and snow piles up? Anticipation of building a snowman and pelting his brother and sisters with snowballs, pulling out the sled and trying to slide down the front yard? Smashing snow in each other’s faces or down each other’s pants?

Yeah, not so much.

It’s 10:23 a.m. and the meltdowns are starting. While my younger two children built each other up all week with thoughts of “will it or will it not” happen in regards to today’s snow day, Lil D marched along to his own routine, seemingly oblivious of the chatter building in our house.

I love snow days, really I do. Growing up in North Dakota, the land of ice and snow, snow days were a rare thing of beauty – something to be cherished and enjoyed and celebrated when we got them (because like any good Midwesterner will tell you – you needed a helluva lot more than a few inches of snow and icy conditions to shut down school).

Snow days meant a fire in the fireplace. Piling on all the outerwear in layers upon layers (only to yell in a muffled voice behind a scarf tied tight over our mouths – Mom! I gotta go to the bathroom! Help me out of this stuff!). Playing outside in subzero temperatures, building snow forts, snow men, playing street hockey and slamming each other with painful snow/ice balls.

Then coming inside and peeling off layer upon layer of cold, wet, icy scarves, mittens, hats, face masks, snow pants, coats, sweaters, pants, boots and soggy socks. Putting the clothes in the dryer and jostling each other as we vied for space in front of the heating vent to thaw out our numb fingers and toes.

Gripping mugs of hot chocolate that burned our cold fingers as they warmed up. My mom’s kichiri/keema later for lunch, a treat instead of the cold sandwiches and thermoses of milk we packed into our hard metal Judy Jetson or Star Wars lunch boxes for school. Scooby Doo on the TV, then another trip outside to do it all over again.

And now, here on the East Coast when a few paltry inches shut down my kids’ schools (granted, it’s much more of a real snow storm today), the love of snow days is pretty much the same for my younger kids. They are lightweights when it comes to the snow, complaining of cold and wanting to come inside after a mere half hour, but the breathless anticipation of a snow day, the sheer joy of a DAY OFF from the daily grind is the same. I love that they are enjoying what I enjoyed as a kid.

It is 10:42 and he’s still crying and banging his head intermittently on the arm of the sofa. My mother-in-law is sitting with him, telling Lil D, you have to put on your clothes and go outside! Make a snowman. Go have fun in the snow!

He is crying and making his escalation noises. He’s not having it. This is not his routine, this snow day. This is not what he knows.

My mother-in-law switches gears to do what she knows best: She recites verses of the Quran, du’as upon du’as (prayers) that she has memorized, engrained in her heart — pouring holy words over Lil D in hopes that God will intervene and calm him down.

Her faith. Would that I had her faith.

The meltdown is fading. Lil D gets up and leads his Dadima (grandmother) over to the cabinet and says “koklet” – as in “I want chocolate.” I praise him – I like how you calmed down! And, good job using your words. Of course you can have some chocolate.

We push the reset button and move on with our day. Kids and I are heading outside for the requisite snow play and shoveling of the driveway. Lil D will stay inside with his grandparents. Later I’ll give him a warm bubble bath. And thank God, Baba is coming home early from work. He just called. We’ll get through this day, Insha’Allah (God willing).

Spoke too soon. The cries are starting again. 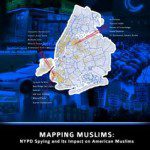