When an Autism Awareness Event is Anything But 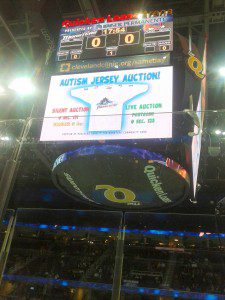 We’ve hit the middle of April, and while there was a flurry of focus on autism at the start of the month, it still is very much “Autism Awareness Month.” Awareness events sponsored by local and national organizations continue to occur across the United States, but sometimes I wonder how much real “awareness” is actually happening? How many of these events just serve as fundraisers for the organizations sponsoring it?

Fundraising is not bad, and of course autism organizations must capitalize on the attention garnered in this month. But, if you’re going to frame event as “autism awareness,” then there be some education happening to make people “aware” of what autism is, what it entails, how it can be manifested. (Unless it is a closed event just for the autism community) There better be autism ambassadors at these events making sure things go as smooth as possible for those with autism (and without) who attend said events.

My friend Harshita Mahajan took her autistic teenage son Sahil to an autism awareness event recently sponsored by Autism Speaks, at which her son had a lapse of self-control. What happened after that was upsetting and resulted with Harshita leaving with her son. For this to happen at an autism awareness event – well the irony is not lost on me. Read her story. Share it. Let’s make sure events advertised as being about “autism awareness” educate people, not just fundraise.

I am writing to you to bring to your notice an incident that occurred at one of the recent Autism Speaks “Autism Awareness” initiatives that seemed to vitiate the very basis for which this event was held.

My son, my husband and I attended an ice hockey game at the Quicken Loans Arena in Cleveland on April 13. This game was specifically promoted as an autism awareness initiative. A bit about Sahil, my son — he has autism and has just turned 15. He has very high levels of cognition but presents as moderate to severely impaired due to sensory related behaviors and lack of fluent verbal skills. He loves these outings, despite sensory overload, and tries his best to exercise self-control. We are fortunate that he wishes to be part of society and actively seeks involvement.

He enjoyed the game and during the interval, we went to get a snack for him. While we were getting some GFCF (gluten free and casein free) hotdogs, a young girl passed by with her parents. She had a card with a string around her wrist. Unfortunately Sahil has an obsession for strings, and sometimes — very rarely — he blocks out everything except the object, including the human being attached to it.

He grabbed the string, scaring the girl. We finally pried the card and string out of his hand, but the girl was crying, and her parents very angry. They were unconcerned that he had severe autism, and they could not understand that he had not done this intentionally. They demanded that he apologize to their daughter, which he did, using his less than intelligible words.

Whilst my son’s behavior in grabbing the string left much to be desired in the eyes of society, what is highly ironic was that this happened at an “Autism Awareness” event. It was then that I realized that nothing had been mentioned about what autism IS throughout the event. All that had been talked about in the commentary was that the game was to raise autism awareness and an emphasis was made on the importance of donating, with a mention that five of the players’ jerseys were being auctioned off to raise money.

Should not raising autism awareness go beyond just introducing the public to the word “autism?” Shouldn’t such events actually educate the public on what autism IS and the challenges that a person with autism can have?

I was extremely disappointed with the content of the “autism awareness” dissemination, or rather lack of it. That is why I have taken the liberty of writing to you to express this anguish. Our children require more than donations for research. They require a society that understands and accepts them in their journey of becoming the best that they can be. My son did not ask to be born with autism.

I do hope that appropriate changes can be made to future autism awareness events by Autism Speaks, such that society understands a bit more about what autism is, rather than just being nominally exposed to the words “autism awareness.”

April 15, 2013
Where Our Concern Should Be Right Now - With the Victims, Not the Faith of the Perpetrators of Violence
Next Post 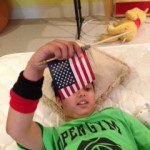 April 24, 2013 For the Love of Their Grandchildren
Recent Comments
0 | Leave a Comment
Browse Our Archives
Follow Us!