In Honor of No-Cook Tuesday

Yes, I know it is Friday already…the second Friday of Ramadan, but this post has been cooking in my head since Tuesday. So, even though it is Friday, I’m posting it!

A week ago, I decided that I had a severe craving for this dessert/side dish from my childhood. I didn’t know what it was called or all of the ingredients, but I knew I wanted to make it. Sure, I could have googled the list of ingredients and found the recipe, but it was much more fun to post my question to my FB wall and see what responses I would get.

I asked: “You know that fluffy green stuff that you make with pistachio pudding and pineapple? Yeah, I’ve got a powerful craving for that. What is it called and how do you make it?”

These are a few of the responses I received:

H.N- cool whip, pistachio pudding and pineapple chunks. LoL I’m white, I have to know these things… I think it’s the law…

M.P-Watergate salad: 1 box pistachio pudding mix, 1 can crushed pineapple, 2 cups mini marshmallows, 1 cup cook whip. Stir together (the pineapple juice and cool whip are the liquid for the pudding mix) and refrigerate for a few hours to let the marshmallows soften.

Khaled collected the list of ingredients and while I was with Pea at her regular Saturday gig, Kate and Mr. Fox made the two bowls of Watergate Salad for us to take to the community Iftar. 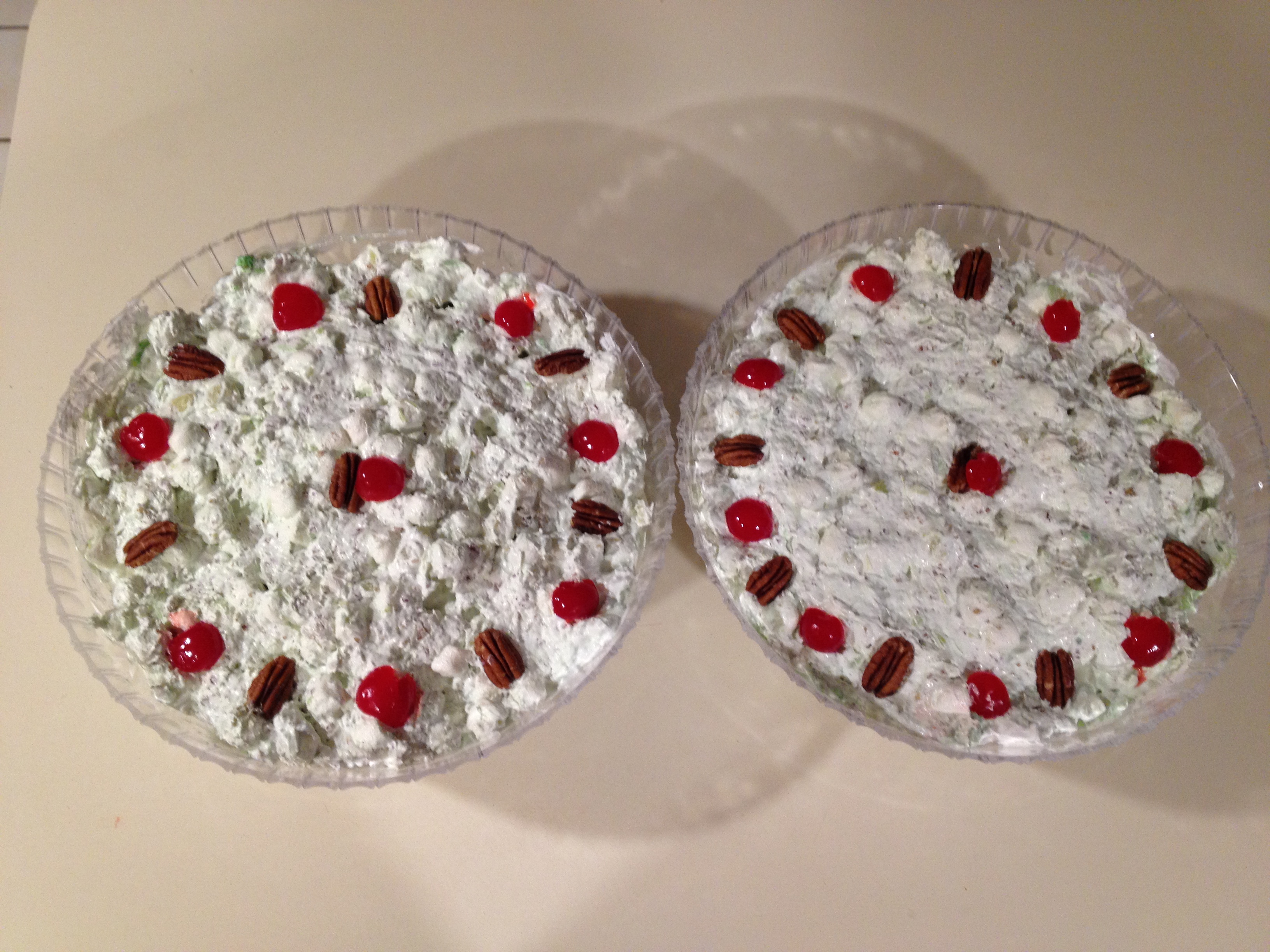 It has been two years since we have attended a community Iftar. After the last time, I was really very gun-shy. Khaled was also. We didn’t want to be in that position and he didn’t want me to have to deal with that bounce-back and scrutiny. Yes, it is part of the celebratory nature of Ramadan to gather and eat with friends and strangers, but it isn’t an absolute necessity. Two years later, I have made friends with the Imam’s wife, we’ve attended many Egyptian Family Gatherings, several couples’ halakas and many, many jummah prayers at this masjid.

In preparation for this Iftar, I decided to wear my regular clothes. I was reminded of Julia Roberts in Pretty Woman. Y’no that scene where Stucky approaches Vivian at the Polo match and propositions her? And then Vivian gets mad at Edward and Stucky and says to Edward “why didn’t you let me wear my old clothes, then? In those clothes I can handle it. I’m prepared.” Yeah, that’s how I felt. Last time I was trying to fit in. I wore an abaya. I didn’t have a hijab on but I thought I was dressed more like them than different. This time I wanted to wear my own clothes so if I was approached again, I felt more like me and more able to handle anything that happened.

But nothing bad happened.

We arrived to the masjid on time. Khaled and Mr. Fox went to the men’s door and the ladies and I went in the women’s door. We were immediately greeted and welcomed by the Imam’s wife and several of the ladies from the Egyptian Luncheons and Friday Prayer. I knew more people there than not. We sat and listened to the khutba and afterwards we got some food and found a table in the multi-purpose room to sit at. The men occupied a few tables at the one side of the room and the ladies took the rest. I could see and talk to Khaled and my son. We didn’t sit together, but if we really wanted to, it wouldn’t have been an issue.

The ladies and I sat and ate and chatted with people we hadn’t met before. We talked to friends from school who were sitting at another table, and I found a friend from halaka who was sitting with her new husband. I sat and talked with her for quite a while, and then it was time to leave. I made sure to find the Imam’s wife and tell her goodnight and I finally found my shoes that had been pushed into a corner by the door.

To my surprise, we brought he two nearly empty bowls!

On Sunday, our Muslim neighbors sent over this platter of bread and rice pudding. 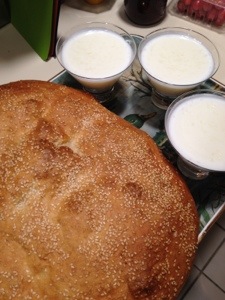 Monday, we sent over a big bowl of Watergate salad.

On Tuesday, the pizza place around the corner offers a buy one get one free deal on all of their pizzas. It was such a big treat for my family because we usually make our own pizza at home. My people were in heaven at Iftar!

Now, we have a new tradition during Ramadan. No cook Tuesdays.

“I Can’t Breathe”, A Call to...
Ask A (Born Again) Muslim
Related posts from My Islamic Life

5 Black Muslim Coaches You Should Know
Original Post: About Islam By Layla Abdullah-Poulos Coaching and mentoring provide important...
view all Muslim blogs
What Are Your Thoughts?leave a comment
Copyright 2008-2020, Patheos. All rights reserved.