Since January, I’ve been working for a non-profit organization called Women of Toledo. WOT was started by a Muslim, Malaysian woman and a first generation Christian, Syrian-American woman. I’ve had a year of growing and learning how to be more hands on in my advocacy. I’m working behind the scenes in the office, learning how to be Nina’s right hand and also developing a new flagship program for women in intersectional families. 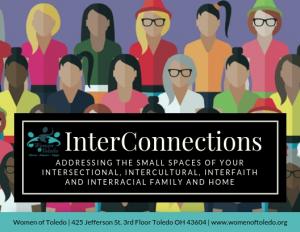 So, using my definition, I noticed that a lot of families have intersections. My family has a few. I am Christian (ish) and my husband and children are Muslim. Those might seem like two parallel religions with all of the similarities, but by having the two co-exist in our family, we have forced them to intersect.

The second is racial intersection. In my family, my husband is Egyptian. 100%. He was born there. His race is Egyptian. My race is caucasian. My family is firmly from European descent and we’ve been in the United States from very early on (traced back to the Civil War.) Yes, we both have white skin, but by being married and creating a family, we have forced an intersection of these two races. It might not occur to anyone just looking at us that we have an interracial marriage, but if not for Richard and Mildred Loving, our marriage would not be legal.

The third is cultural intersection. This is where one partner is from one culture and the other partner is from a different culture. This can be Egyptian culture and Midwestern American, like mine, or African American and Midwestern American, or Malaysian and Midwestern…or Filipino and Midwestern…or Southern American and Pakistani…just to name a few. No matter how long you’ve been together, it seems like the cultural differences are a hurdle to navigate. Whether it is a point of view when understanding something, social cues misread, a way of cooking or communicating, raising your children, making friends, decorating your home, meeting people on the street… the list is endless. Sometimes it is exhausting, the emotional labour needed to navigate the differences. Sometimes, even after being together for more than 20 years, you think you know what to expect, and you get surprised.

Often being in an intersectional relationship is a lonely road. You don’t completely fit in your community of origin, because you’ve adopted some of the characteristics of your partner, and you don’t fit in with their community because you are an outsider. If you haven’t had someone from the adopted community take you under their wing and teach you the ways, you fumble your way through it and never really get it right. Even if you do your best to assimilate.

This group, InterConnections, is a real life way for women in intersectional relationships and families to support each other. To learn from each other and grow in community. To be there for the labyrinth of dating and marriage, raising children (or not) and figuring it out, together. Dealing with family members through special events, day to day life and what happens when there is a funeral. Learning and growing so that we can take that knowledge back to our own circle of influence and make small ripples in the pond of ignorance. Making changes and making the world a more welcoming place. 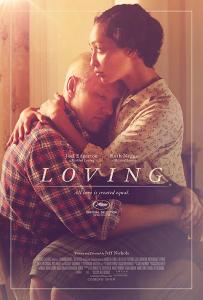 We are hosting our second event, InterConnections at the movies, this weekend. We are watching the movie, Loving, about Richard and Mildred Loving and their life being married and the monumental supreme court case that made families like mine possible. If you are in the Toledo area, and would like to join us, you are most welcome. Here’s a link to the event page. If you are unsure, send me a message and let me know you are coming. We will exchange pictures so I can welcome you by name. 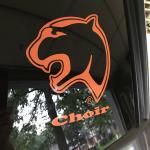 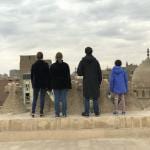 March 5, 2019 Egypt, InterConnections and Being Brave
Recent Comments
0 | Leave a Comment
Browse Our Archives
Related posts from My Islamic Life