(Editors Note: I am sure this headline will upset some people but I am upset as well about the relentlessness attacks by lay bloggers against our shepherds ….Stephen Ryan)

The story that has been missed almost entirely by the Catholic blogosphere as well as are our supportive friends at CNN, Washington Post and the rest of the gang  is that extraordinary progress has been made in protecting children from predator priests – almost no cases of abuse have been reported after 2002.  Shouldn’t  this be the headline Catholic bloggers should be sharing with their readers, Isn’t  this far and away the MOST important issue.  But no, you won’t find that headline because these are the glory days for a subset of Catholic bloggers who are eager for their pound of flesh and a few extra dollars.  Like the line in Casablanca “Capt. Louis Renault: I’m shocked that there is gambling in this establishment,”  Michael Voris is shocked to learn there are gay men in the Catholic Church who are priests.  This is nothing new Mr. Voris – there have been gay men in the church for centuries.

The story liberal press, CNN and Michael Voris keep hidden from their audiences:

The Press Office of the Holy See issued a statement in response to the Grand Jury Report released in Pennsylvania earlier this week, expressing “shame and sorrow” over the contents of the report, while praising the efforts of Church leaders to implement reforms.

“Most of the discussion in the report concerns abuses before the early 2000s,” the statement reads. “By finding almost no cases after 2002, the Grand Jury’s conclusions are consistent with previous studies showing that Catholic Church reforms in the United States drastically reduced the incidence of clergy child abuse.” The statement goes on to say, “The Holy See encourages continued reform and vigilance at all levels of the Catholic Church, to help ensure the protection of minors and vulnerable adults from harm.” The statement from the Press Office also expresses the Holy See’s desire “to underscore the need to comply with the civil law, including mandatory child abuse reporting requirements.”

Instead of reporting the important news above coming from the Holy Sees’ office we get the following headlines from Michael Voris: (this by the way is just a small sample)

Cardinal Donald Wuerl remains defiant in the face of calls for his resignation.

clerical homosexuality, cover-up
The Depth of My Anger of Decades of Effete Bishops

The Catholic blogosphere has been in a whirl since Michael Voris outed himself on Church Militant a few days back. Voris claimed to have gotten wind of a noxious plot by the New York Archdiocese to leak stories of his sinful homosexual past in a move to discredit him:

We have on very good authority from various sources that the New York archdiocese is collecting and preparing to quietly filter out details of my past life with the aim of publicly discrediting me, this apostolate and the work here.

In what appeared a pre-emptive move, Voris made a public confession of a kind that, on the face of it, deserved the expressions of sympathy it received:

I will now reveal that for most of my years in my thirties, confused about my own sexuality, I lived a life of live-in relationships with homosexual men.  .  .  .

March 14, 2018
Medjugorje: When Mirjana Had the Courage to Ask The Blessed Mother about Abortion and What Happens to the Children
Next Post 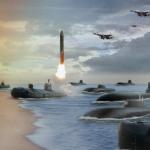 August 18, 2018 US Senators Secretly Introduce Bill That Russia Says is a Essentially a Declaration of War. Deeply Troubling Signs…Putin Talks WW III
Recent Comments
0 | Leave a Comment
"Pictures of Sr. Lucy before 1960 don't match pictures of her after 1960. Why were ..."
Money Laundering Mass Goer Fatima Visionary Confirmed Apparitions of Our ..."
"Catholics should steer clear from Fr. Rodrigues sensational “prophecies”. Bp. Gilles Lemay from the diocese ..."
Veronica S. Priest becoming worldwide phenomenon – Fr. ..."
"Calling opponents of racism "perpetually offended" trivializes and mocks our concerns regarding the persistence of ..."
Michel Where does it end? Get “Woke” ..."
"Russia is the home of BUTCH hyper-masculinity, hyper-aggression and hyper-authoritarianism.Their brand of Christianity is the ..."
oneworlddude The Dogma Lives Loudly in Putin: ..."
Browse Our Archives
get the latest from
Mystic Post
Sign up for our newsletter
POPULAR AT PATHEOS More Voices
1 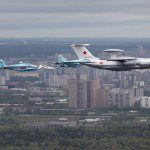 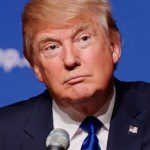