Let It Be A Dance 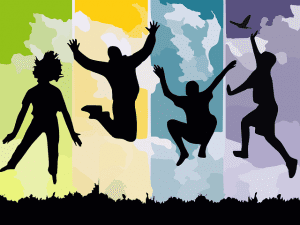 CUUPS leadership are currently talking with UUA staff about making some fundamental changes in how we relate to each other. The UUA has developed a pilot program called “UUA Recognized Communities” which is away to help UU organizations grow and prosper. A big part of this is being there to help congregations that are just starting to form, but don’t meet the qualifications for full UUA membership, but there is also a growing recognition that some non-congregational organizations are doing useful ministry, like the UU-operated community center A Third Place in Turley, Oklahoma, Sacred Fire communities in North Carolina and now emerging in other locations like Chicago and UU camps and conferences. CUUPS would seem to fit into this because we serve UU/Pagan, Nature and Earth-Centered practitioners whose needs and gifts have not found other communities in which to flourish fully. We also have a growing focus on social media ministry, and our interest in getting an online streaming ministry going.

CUUPS is unusual among Pagan non-profits, not just because of our UU identity, but because as being part of the Unitarian Universalist spiritual “ecosphere.” A good part of our growth and evolution is driving by changes within Unitarian Universalism as a whole. And this is just the latest step in our dance with the UUA that has been going on since CUUPS first formed in 1985. The last several years have been a bit more change driven, as the UUA has realized that if they don’t want to implode the way most mainline denominations are doing, they’ve got to change – and we’re along for that ride. However, this is a ride we want to take part of because most of the changes being made bring them closer to a more embodied, imminent spiritual life. The old 20th Century paradigm of the “good UU religious life” being sitting in a pew for an hour on Sunday morning, followed later in the week with a committee meeting for the particularly fervent – did not make a good fit for most Earth-Centered UU’s.

The application process is quite simple. It’s designed for organizations that are rapidly changing and growing – i.e. proto-congregations and ministries trying out new technologies or organizational structures. They ask some basic questions that provide great discussion points about how you relate religiously to other parts of your life. So, here are the four main questions slightly reworded so that they are about you as a person, rather than about UU organizations:

It seems to me that when you go through and thoroughly answer these questions, you come out with a very good picture of who you are, what you value, and what you are willing to do about that. Not surprisingly, the new UU sponsored crowd funding site www.faithify.org also asks nearly the exact same questions, but from the perspective of a project rather than a person or organization. These questions go hand in hand with our current Revisioning Process.

Normally, I’d add some sort of disclaimer here at the end about since we’re just talking to the UUA about a pilot program that none of this is set in stone – but I think most of us are living lives that seem to be perpetually in “beta” that this sort of statement is kind of assumed.

* Apologies to the late Ric Masten for shamelessly absconding with the title of his most popular song for the title of this article. I think he’d understand. 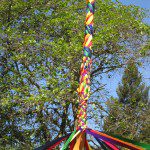 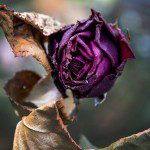 May 12, 2015 Origin Stories: What Explanations of Death Teach Us About Life
Recent Comments
2 Comments | Leave a Comment
Browse Our Archives
get the latest from
Nature's Sacred Journey
Sign up for our newsletter
POPULAR AT PATHEOS Pagan
1

Energy For Witchcraft When Your Personal...
3 Pagans and a Cat
Related posts from Nature's Sacred Journey