Behind the Mask: Inside the Creepy Clown Epidemic

Creepy Clown hysteria in the U.S. has reached a fevered pitch, as disturbing sightings continue throughout the country and coverage by local and national media outlets alike help feed the frenzy. Some claim to have finally solved the mystery of why creepy clowns are suddenly lurking around every corner, while others are content to speculate about what the clowns really want — and how we can get them to leave.

But don’t be too quick to dismiss the Creepy Clown epidemic as a distraction from the more serious problems facing America this election season. The spread of suspicion, misinformation, copycat mischief and over-reaction has strong parallels to previous scares, like the Satanic Panic of the 1980s. Such epidemics of public hysteria tend to be symptoms of much larger cultural shifts. They leave a real and lasting impact on our society as a whole, but they can be especially consequential for marginalized groups and members of minority religious and ethnic communities.

So what’s behind the Creepy Clown Epidemic of 2016? Thanks to the internet and social media, for the first time in history we have access to real-time, wide-spread documentation of how this latest scare began, how and why it’s evolving the way it is, and what it all means. Tracing the patterns of creepy clown reports, the rise of copycat incidents and the many different interpretations of and reactions to the phenomenon gives us insight into the creation of a modern-day mythology — one that not only shapes social attitudes but also expresses deeper spiritual beliefs about the nature of otherness, power, authority and freedom.

If you’ve been following the development of the Creepy Clown crisis since late August 2016, when the first reports surfaced, you know that until just a few weeks ago it was little more than rumor run amok.

(If you haven’t been — never fear, dear reader, yours truly is on the case. You can learn all about the earliest Creepy Clown sightings in Part 1 of this series.)

Even as late as mid-September, police and reporters were still reassuring the public that, despite the gossip, there was absolutely no evidence that the sightings were real, and no actual creepy clowns had been discovered or detained by police.

But in a matter of days, all that had changed. Seemingly all at once, reports began emerging of credibly-documented creepy clowns — seen not just by children, but by adults as well — standing on street corners, riding bicycles, crouching in the woods. Some of these sightings were captured on camera, including one video of a clown clinging to the back of a moving bus. During the first few days of October, threats from creepy clowns on social media triggered school lockdowns in seven states, including Pennsylvania, Florida, Texas and Michigan. Almost overnight, the ominous figure of the Creepy Clown went from rumor to reality.

Loren Coleman, author of The Copycat Effect and the researcher who developed the Phantom Clown Theory forty years earlier, makes a distinction between Phantom Clowns and what he calls Stalking Clowns. While Phantom Clowns have been appearing for decades, Stalking Clowns, he says, are “a new phenomenon in recent years,” in which clowns appear in public “without any apparent intent other than to be seen, to startle, to shock, or to surprise folks.” If Phantom Clowns are the stuff of urban legends, Stalking Clowns are more like the internet trolls and flash mobs of the Information Age: individuals showing up in public places — virtual or physical — to perform silly, strange or seemingly pointless acts, for artistic expression, general entertainment, or amusement at others’ expense.

As reports of creepy clowns shifted from unsubstantiated rumors to real-life sightings, police and media messaging began to change as well. While initial coverage urged parents to be cautious of suspicious strangers, in late September and early October, the focus shifted to warnings against hoaxes and copycat behavior. People were discouraged from dressing as clowns for Halloween due to concerns that the costumes could trigger more public fear and waste police resources on fruitless investigations. Meanwhile police did make a handful of arrests across the country for clown-related incidents, many of them involving juveniles — bringing charges that ranged from misdemeanor harassment and disorderly conduct, to breaking face concealment laws and making terrorist threats. Mixed in with sightings of real Stalking Clowns and false reports that later proved to be hoaxes, Phantom Clown rumors continued to circulate, leading well-meaning but freaked-out citizens to call the police with the least provocation.

To make matters worse, the incidents of substantiated Stalking Clown sightings lent just enough credence to these fears that some people began citing “Stand Your Ground” laws to justify the use of deadly force against the perceived threat of creepy clowns. In addition to concerns about copycats, police now had to issue warnings against vigilante justice, instructing citizens that they should not attack or fire a weapon at someone merely because they were dressed as a clown.

Despite these warnings, Creepy Clown panic spread. Videos showing clowns being beaten or threatened with guns went viral online, and at least one woman, mistaken for a clown, was shot at with an assault rifle while she was out walking her dog.

Over the course of just a few weeks, clowns — and those who might be mistaken for clowns — had gone from suspects, to targets and potential victims.

With all the Creepy Clown hysteria lately, Ronald McDonald has gone into hiding, keeping a low profile until the whole thing blows over. You might not feel much sympathy for the billion-dollar burger industry mascot, but he’s not the only one hurting.

In response to the fear-mongering rumors about Creepy Clowns and the backlash they’ve caused, professional clowns have also started to speak out to defend their career choices (and not just to their parents). The message they send is clear: real clowns are silly, sweet, good-intentioned, trustworthy and caring, focused on providing safe and enjoyable fun for kids. While it’s true that some children might find clowns a little bit scary, most of them grow out of it. Meanwhile, recent studies have shown that the presence of therapeutic clowns in children’s hospitals may help reduce pre-operative anxiety and speed up recovery.

Christopher Bayes, a professor at the Yale School of Drama who specializes in clowning and physical comedy, sees the clown as an expression of innocence: “Everybody has a clown in them. Thousands of characters can come from that clown. It’s the playful self, the unsocialized self, the naïve self.”

Clowning […] is about communicating, not concealing; good clown make-up is reflective of the individual’s emotions, not a mask to hide behind—making them actually innocent and not scary. […] It’s not about attacking, it’s about loving. It’s about approaching from a place of loving and joy and that when you really look at it, you see, that’s it really genuine, it’s not fake.

But like many professional clowns, Kiser also worries that the Creepy Clown stereotype is planting seeds of distrust that make it more difficult (and less safe) for real clowns to do their jobs. He explains that even well-meaning clowns can come across as threatening without realizing it, if they become “too aggressive in trying to make someone laugh” — “I think we have all experienced wonderful clowns, but we’ve also all experienced clowns who in their youth or lack of training, they don’t realize it, but they go on the attack,” he says. But “if the clown is truly a warm and sympathetic and funny heart, inside of a person who is working hard to let that clown out… I think those battles [with clown fears] are so winnable.”

The Psychology of Creepiness

Others are not so optimistic. When asked about the Creepy Clown epidemic, Bayes lamented that it’s “such an American thing,” saying:

The thing that makes creepy clowns creepy is: the nose is a mask, and when you wear a mask, if you don’t play the mask, then you’re just hiding behind something. […] You have to stay playful in a true way. If I were just to put it on and walk around, it would be weird.

In fact, researchers have found evidence to support this explanation for why sometimes even the most kind-hearted professional clowns can strike us as creepy. In a ground-breaking study on the nature of creepiness, scientists examined the connection between the feeling of being “creeped out” and the level of ambiguity and uncertainty surrounding a person or situation. What they found seems to confirm Bayes observations. Research showed that unpredictability, unusual patterns of eye contact and other nonverbal body language all contributed significantly to perceived creepiness:

[I]t is the inherent ambiguity surrounding clowns that make them creepy. They seem to be happy, but are they really? And they’re mischievous, which puts people constantly on guard. People interacting with a clown during one of his routines never know if they are about to get a pie in the face or be the victim of some other humiliating prank. The highly unusual physical characteristics of the clown (the wig, the big red nose, the makeup, the odd clothing) only magnify the uncertainty of what the clown might do next.

Masks, make-up and strange clothes designed to exaggerate clowns’ features and movements distort our ability to accurately read their nonverbal cues. Remove clowns from the circus ring or birthday party that gives their behavior context, and they become all the more unpredictable. No wonder a clown standing silently and completely still on a random street corner creeps us out so much!

With Halloween quickly approaching, we might expect the Creepy Clown Epidemic to die down as we encounter clowns — both creepy and friendly — in increasingly familiar and predictable situations, such as costume parties, haunted houses and trick-or-treating. But academics like Andrew McConnell Stott, dean and professor at University of Buffalo, SUNY, see the current Creepy Clown epidemic as just the latest expression of the ‘dark carnival’ mode: “In many respects, it’s not an inversion of what we’re used to seeing, it’s just teasing out and amplifying those traits we’ve been seeing for a very long time.”

Clowns have always been with us, occupying a liminal place as wise-fool and trickster — challenging us to confront the shadow-side of our society and ourselves…. We’ll explore the clown as god and sacred archetype — and what its appearance says about America’s current social and political climate — in our final installment, Part 3 of this series. 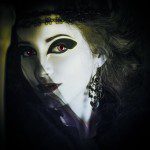 October 21, 2016 Elections
Recent Comments
1 Comment | Leave a Comment
"Thank you. I'd love to hear your thoughts about Santa and how he came about"
lacey Celebrating Yule while living in a ..."
"We want not some but more bl moments 😍😘V.866B.CO/i6142Xo"
furry6000 A sound bath can help ground ..."
"I discovered the power of singing bowls maybe 14 years ago at Circle Sanctuary. I ..."
kenofken A sound bath can help ground ..."
"That picture looks very familiar. With the help of my mom and my sister, fifty-three ..."
Amanda Ingalls Change happens — let it roll ..."
Browse Our Archives
Related posts from Nature's Sacred Journey