Rise and shine and give God the glory glory, Children of the World.* 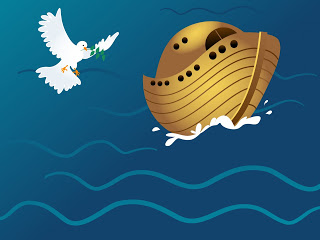 I sang this in Sunday school when I attended the First Congregational Church of Corvallis Oregon as a grade-schooler.

Its a cute song. But I did wonder about a God who would send a flood to kill almost everyone off.

Now that I’m a Unitarian Universalist I know that the divine love that I hold holy would never do such a thing. But this week I was reminded of the song, and the feeling of forces beyond our control causing loss and pain. It was a sort of ironic counter-melody running through my head as I read the news about hurricane Harvey.

Get those children, out of the muddy muddy

Yes, hurricanes and storms and floods are causing far more damage and loss of life than ever before. Scientists agree that the storms are getting somewhat worse, but the effects of the storms, due to population, construction, and more, are more serious.

They aren’t just in Houston and New Orleans (the 12 year anniversary of Hurricane Katrina was August 29), but Japan, India, and Caribbean islands have been hit by extreme weather disasters as well. Not to mention the competition for resources that has resulted in death and suffering for millions in Yemen, Sudan, and similar countries. And then there’s the heat and drought… from California to Turkey. Then, right here in my backyard in Oregon and Montana… fires…

In recent weeks we’ve encountered other kinds of storms. The white-supremacist culture that has grown interwoven with the history of America is another kind of storm. It too kills, damages, creates loss and pain. It, too, is predictable for those who are watching. It too, shows up in small, ignore-able forms and large, dangerous forms. From changing rainfall patterns, to killer hurricanes. From micro-aggressions to neo-Nazis.

God said to Noah build me an arky arky…

The image of the young man (looking at the photo he looks maybe 11 years old) in his kayak ferrying bedraggled dogs across the flood in Houston reminded me of Noah. Noah, saving the animals.

There is a picture going around of several hundred people standing in line in the rain on Tuesday, to get into the George R Brown Convention Center in Houston. What is this line is for? Water? Food? Housing? No! These people are waiting in line to VOLUNTEER!

Who is My Neighbor?

And I remembered the conversations I had with a tenant many years ago. Ranjeet was from India. He was asking hard questions of me. I was describing my fascination with a future space station. He described the sick and dying and malnourished and oppressed people who were his neighbors back home.

Since then I’ve become aware of the sick and dying and malnourished and oppressed people who are MY neighbors here at home. The people who are hardest hit when a natural disaster occurs. the people living in the buildings with the least compliance with building codes, closest to the factories and dumps full of toxins, the people without the resources to pay for insurance, or access to a car to drive to a safe hotel. 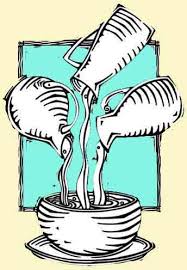 Traditionally, congregations in my movement celebrate a ceremony of coming back together in September. We call it the “Water Communion” ceremony and we mingle the waters from our summers, and our individual lives, into one container during the worship service.

What is important to me about this ceremony is that it is a reminder that we are all connected in community. It takes all of us to make the sacred water. It takes us coming together with intention to create the community that will sustain us through the year.

Each one of us contributes our part. Each one of us needs to shine our own light. Each one needs to show up in our own way. When we do that the way is made easier. When we do that we can clean up a mess like the aftermath of Hurricane Harvey, or global climate change, or racism. Showing up to shine may mean donating dollars. Showing up to shine may mean creating symbolic rituals that inspire others and create community feeling. Showing up to shine may be pulling out a lifeboat and paddling to rescue an exhausted puppy. When we are looking for the helpers, sometimes we are the ones getting helped, and always, we are the helpers. We are the ones we are waiting for. We can rise and shine. We can give all our glory.

—
*I tend to look for a substitute for the word “lord” in songs when I can. 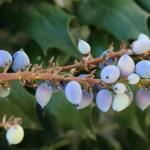 September 1, 2017
Meditation to the Oak King and Holly King
Next Post

September 13, 2017 Finding Hope
Recent Comments
0 | Leave a Comment
Browse Our Archives
get the latest from
Nature's Sacred Journey
Sign up for our newsletter
POPULAR AT PATHEOS Pagan
1

Between Two Worlds: My Visit With The Dead
As the Veil is thinning, it's time for me to visit with...
view all Pagan blogs
What Are Your Thoughts?leave a comment
Copyright 2008-2020, Patheos. All rights reserved.