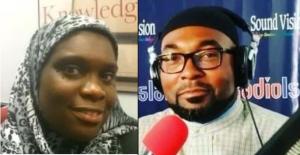 Tariq El-Amin of Radio Islam and Layla Abdullah-Poulos spent 2018 engaged in vibrant discussions about books by Muslim authors in an expanding canon of literature as well as in-depth talks about prevailing social issues.

Tariq invited Layla to talk about the hashtag #BlackMuslimReads highlighting the works of Black Muslim authors across genres during Black History Month. The hashtag went viral, and NbA Muslims hosted a Twitter Chat with authors.

The Radio Islam host then invited the NbA Muslims managing editor to return for a regular monthly spot.

Having the opportunity to review literary works, by Muslim authors, with Layla Abdullah Poulos this year, has been an introduction to new talented writers, and the basis for rich, thoughtful discussions. I’m looking forward to 2019. – Tariq El-Amin

As Tariq El-Amin and Layla Abdullah-Poulos plan for 2019, we are going to take a look back at their shows.

The first discussion between Tariq and Layla. They talk about #BlackMuslimReads and a growing appreciation for Muslim authorship

Tariq and Layla discuss the book Tight Rope by Sahar Abdulaziz and explore ideas of privilege, identity and bias.

Tariq and Layla talk about the book American Islamophobia: Understanding the Roots and Rise of Fear by Khaled Beydoun and xenophobic and racist structures in American and in American Muslim communities.

Layla and Tariq analyze layers of domestic violence and ideas about manhood in the novel Tried and tested by Umm Juwaiyriyah. They extend the discussion to the jailing of Noura Hussein after being gang-raped and stabbing her husband.

Tariz and Layla discuss YA and Muslim conversion experiences in the book Black Sheep by Na’ima B. Robert.

Layla and Tariq talk about the dynamics of love, trust and autonomy in the romance novel Her Justice by Nasheed Jaxson.

Layla and Tariq talk about the Me Too movement and the silencing of sexual assault victims.

Tariq talks with Layla about the first all-Muslim panel a New York Comicon, one of the world’s largest cultural convenings. They also discuss Muslim creatives and fandom.

Tariq and Layla review The Heart of Aleppo by Ammar Habib, a YA novel highlighting children their war-torn city. 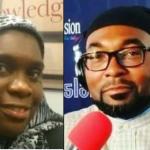 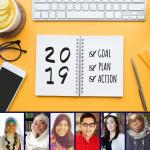