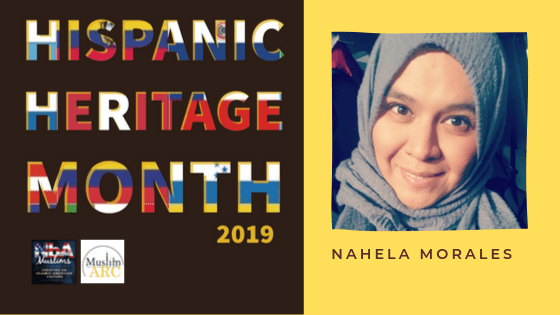 In honor of Hispanic Heritage Month,  NbA Muslims, in collaboration with the Muslim Anti-Racism Collaborative, will feature Latinx Muslims engaged in progressive work inside and outside of US Muslim communities. As HHM ends, we feature Nahela Morales, Co-founder of Embrace, an ICNA project supporting Muslim converts/reverts. Morales has traveled the U.S. and Latin America for da’wah and organizes programs that encourage inclusive, supportive spaces for new Muslims and promote increased understanding of Islam for non-Muslim family and friends.

Morales shared her perspective on the Latino Muslim experience. 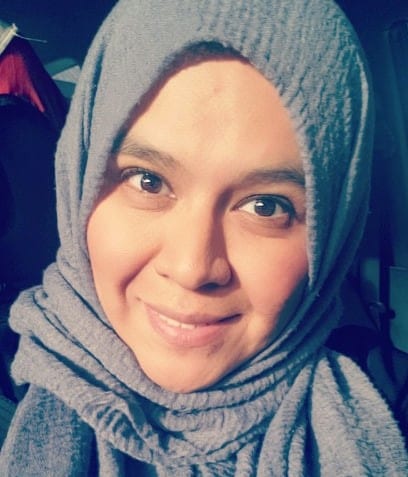 My responses pertain to Latinos in the U.S. I have been to Latin America and visited numerous communities. A lot of the challenges are similar when it comes to being accepted by the community-at-large.

Absolutely. Just like all converts have unique needs, so do Latinos. One of those needs is to understand that we are not cookie cutters. We don’t all speak or eat the same.

Even within Mexico, we have different regions just like the U.S. We have different foods and words. If you can imagine that [diversity], just imagine Latin America. In Mexico, we call a bottle “mamila”. In El Salvador, they call it “pacha.” If you haven’t been around different Latinos, then you won’t know the difference, and you will be thrown off.

Because we don’t all eat or speak the same with the same upbringing, we obviously have unique needs even within our Latino Muslim community as well as in the larger Muslim community. For many of us, English is our second language. So, we think in Spanish and have to translate [thoughts] into English.

Also our family structures. Even though it is very similar to an Islamic upbringing, we come from different dynamics. For example, I was not born here but my son was, and our triggers, struggles, and pains are different. So that needs to be taken into consideration.

How important are Spanish-speaking spaces, events, and materials important for Latinx Muslims?

We are the largest growing minority embracing Islam. Therefore, it is crucial to be able to generate da’wah and informational material for new converts and people who are interested in [Islam] and convert family members.

As far as spaces, we are still a small minority, but it is still important, but I’m not really sure is feasible in areas like the DFW. Even though we have a growing number of Latinos, we are still very small.

In my ten years working with ICNA, I try to make inclusivity to be a huge aspect in the way I plan the sessions I’m responsible for and try to include Spanish-speaking parallel sessions in every conference that I have the opportunity to participate in as an organizer. 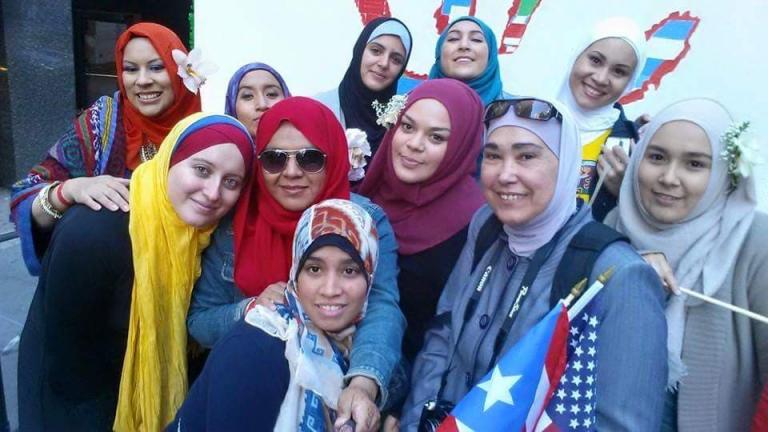 What are some challenges facing Latinx Muslims in US Muslim communities?

I personally believe that Latinos are still being marginalized, and are often judge by the way they are introduced to Islam. [For example], if it was through a spouse who was once a boyfriend, their Islam is always questioned. I think that is one of the biggest challenges that we face. We always have to try hard to prove that our iman is high or our belief is intact. When I divorced my husband, I was questioned more than once if my hijab was coming off or if I was leaving Islam. To be questioned about my religion was a challenge. I had to prove myself more than others. We need to hold our communities accountable and make sure that everybody treats everyone with utter respect, dignity, and equality. We are no one to judge anyone at the end of the day. Allah will do that.

Latino Muslims are not given the same opportunities when it comes to leadership roles in U.S. Muslim communities. On top of that, we are not valued. A few years ago, a fellow speaker that he was at a conference to speak, he was not given an honorarium, while at another conference, he was given a very small one. So we are not appreciated or our jobs are not taken as seriously.

Another challenge involves matrimony. Neither men nor women are educated prior to the nikah or given the option to recieve some type of matrimonial counseling. It is important to encourage reverts to learn their religion before starting any matrimonial process, otherwise, they must rely on what their partner says about Islam.  Sometimes marriage is what brings them into Islam, so it can be difficult. There is also a need for premarital counseling

So many challenges come to mind, but these are the ones that I think do not allow Latino [Muslims] to succeed and why we see divorce among them at such a high rate. There needs to be more education about the faith.

How can people support Project EMBRACE?

The best way to support EMBRACE is to get involved. It is an initiative that is needed nationwide. Right now with have chapters in Dallas and Houston, we are very excited to be launching new chapters before the end of the year, inshallah.

If there is ICNA programming in your city, we can get something started. Contact us through social media or our website http://www.embracereverts.org/.

If there is a Convert on your area who is struggling, please refer them to our website or Facebook page. While we do not have physical locations nationwide yet, we are able to support our converts electronically until then. It is extremely important for us to come together as one human race. 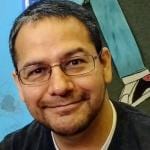