10 (More) Things the Church Puts Ahead of Reaching People

A week ago I wrote a blog post titled 10 Things the Church Puts Ahead of Reaching People. I had absolutely no idea what kind of deep reservoir I had tapped into when I wrote those thoughts. The blog quickly went viral with over 175,000 views in the first week. More than that, many of you engaged, leaving comments with your experiences and other things that you would add to that list. In honor of your great interaction and some incredible comments, I want to share 10 (More) Things the Church Puts Ahead of Reaching People, based exclusively off your comments from the original post. 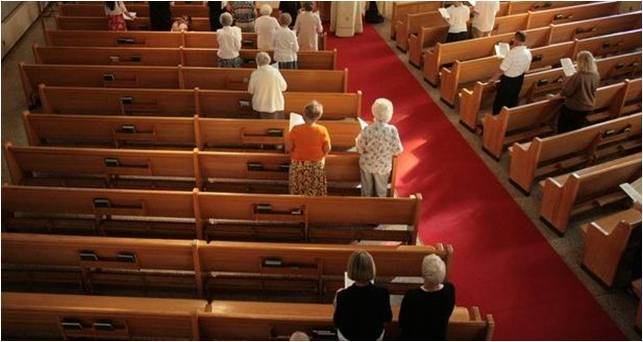 1. Money. Hannah wrote, “I think money needs to be on this list. I can’t tell you how many churches I have attended that had thousands of dollars saved up but were unwilling to spend any of it to reach out to the community. They would rather watch the church die than spend the money.”

Bill echoed Hannah’s thought with his own, “I believe Money should be number one on your list. Todays’ modern church spends more time trying to raise money than they do evangelizing. They take up ‘special offerings’, they have pledge programs, they have fund raisers and some even sell bonds to raise more money.” The Bible itself says “For the love of money is a root of all kinds of evil (1 Timothy 6:10).” If not controlled and safeguarded against, the love of money can destroy even a church.

2. Selective Judgement. Cory wrote, “Being right. Before loving. For lack of a better title. The church elevates specific sins as worse than others. They alienate that sinner and embrace another that seems less horrible. Then stand on select verses to prove their RIGHT.” We know Bible speaks against judging others (Matthew 7:1, Romans 2:1), but too often the church chooses to selectively judge others, usually condemning sins that it conveniently doesn’t struggle with. Jesus modeled grace and truth (John 1:17). Churches should aspire to the same standard.

3. Fear of man. Karen wrote, “I think we fear what people will think of us more than we fear the accountability before God. Talking about spiritual things in an age of politcal correctness leaves us in a dilemma. We hope our actions or our example will be enough but the Bible clearly calls us to word and deed.” This can be the polar opposite of selective judgment. For fear of falling into the quick sand of judgment, some churches refuse to take any stands at all, building their houses upon the ever-shifting sands of culture rather than the rock of Jesus’ teaching. Once again, Jesus modeled how to embrace both grace and truth (John 1:17). As churches, we need to follow in his footsteps.

4. Dress/Appearances. George wrote, “Clothes – Some people put a ton of emphasis on how people dress at church.” Agreed. I’ve experienced this too many times in my own life. I think previous generations were taught to dress up to church as a sign of respect (a good thing), but over time the emphasis became less on the respect and more about the appearances.

William shared his own heartbreaking example, “My company moved me around a lot and we attended several different churches. We had been going to one in Southern California, I noticed that most but not all wore suits or a sport coat. I wasn’t used to the Summer heat and wore a nice polo shirt and slacks. After about a month my wife and I were met at the door by three deacons. I was told that in their church we “dressed up to come to church” I had been in the process of downsizing a department in my company and had a bad week. My wife didn’t say anything and looked at me. I looked the fellow in the eyes for about fifteen seconds and without saying anything reached down and dusted my shoes off and my wife and I left. The church is the people, not a suit or building.”

Anne shared the answer to this issue, “Transparency (If we would take off our masks of everything is perfect in our lives and get real about the troubled times we have gone through & let them know without Christ we would possibly not survived, I bet more and more people would come to know Him. I know I’ve been there.)”

5. Lack of Excellence. As Tim wrote, “Lousy preaching / bad worship experience due to inattentiveness and incompetence.” No church would ever admit this, but some churches put laziness ahead of  reaching people. It’s amazing how many churches can take a life-changing message and awe-inspiring worship and bore people to tears with it.

6. Preaching over Relationships. This is a counterpoint to Tim’s previous comment. Peter wrote, “I’d say preaching and teaching over loving and leading by example. I’ve met and come across seminary graduates who taut their degrees but are unwilling to hit the streets to witness. Preaching is great but I’m learning that many suffer because some preachers want to speak to the masses and miss the one on one opportunities to minister.” Church leaders must be pastors as well as preachers. As difficult as it can be to manage, we need balance excellence in preaching and worship with a depth of authentic relationships with the people we get to serve.

7. Leadership Issues. Lydia made a great point, “I think one thing that was left off the list is the preacher. If he decides to do things his way then he starts gathering a group that like him and they start making changes. I have grown up with more church fights and splits than I care to remember and the majority had to do with the preacher and him wanting to do everything and be in control of every thing including the money. In my opinion it is not the music that should be on the list but the preacher.” Power issues and a lack of servant leadership will kill a church almost quicker than anything else. As John Maxwell famously says, “Everything rises and falls on leadership.”

8. Imitating Others. Chris wrote, “I would add to this list “Trying to ‘do church’ like another church”. Maybe we want to be like them and grow like them, i.e. Rick Warren’s Purpose Driven Church. It reminds me of Israel crying for a king because having judges wasn’t like everyone elses kingdom. Problem being, It’s Jesus kingdom, his kingly command, the great comission. Got to get outside the walls. Love people outside the walls for a birth so they will come indoors to grow.” I grew up in Southern California in the shadow of Rick Warren’s Saddleback Church, so I know firsthand the temptation to imitate another church. I would caveat that it isn’t just a problem for contemporary churches. Many traditional churches imitate a mythical ideal of a church that existed for Andy Griffith in Mayberry. Every church needs to find its own identity in the community, not simply trying to transplant someone else’s approach.

9. Church Politics. LaDon suggested a great catch-all when he wrote, “No. 1 – Definitely should have been church politics!” It’s sad to admit that politics can enter a community of faith, but we all know it can. Many of the stories you shared in your comments can be boiled down to church politics.

10. Self. Kyle was right on when he wrote, “I think the #1 thing most “Christians” place before reaching people is THEMSELVES. Most Christians don’t care about the waitresses soul…especially if she’s not giving us good service. We don’t care about the soul of our neighbor…especially if they have a barking dog or screaming kids that bother us. We don’t care have a burden for the soul of the co-worker who gets on OUR nerves. Can music, buildings, traditions…etc get in the way of reaching people? Of course. But until ‘Christians’ get over themselves and start having a burden for people, we will not reach people for Christ.” Well said!

QUESTION: What else would you add to this list?

March 31, 2015 The Not-So-Complicated Secret to Getting Guests Plugged Into Your Church
Recent Comments
23 Comments | Leave a Comment
"I don't think that chapter is particularly compelling. I expand on that here:https://www.patheos.com/blo..."
Bob Seidensticker 5 Ground Rules When Studying the ..."
"Right but Isaiah 53 is difficult to put aside without some serious contemplation. Many people ..."
tovlogos 5 Ground Rules When Studying the ..."
"Thank God Jesus was not an Evangelical. All these SJWs are modern day Zealots and ..."
Viator16 5 Things I’ve (re)Learned Recently as ..."
"We cannot avoid God. The LORD proclaimed, "For this commandment which I command you today ..."
the old scribe 5 Timeless Truths From the Life ..."
Browse Our Archives
Follow Us!