A Biblical Argument NOT to Preach Verse-by-Verse on Sundays

A Biblical Argument NOT to Preach Verse-by-Verse on Sundays August 6, 2018 Josh Daffern

2 For I resolved to know nothing while I was with you except Jesus Christ and him crucified. 3 I came to you in weakness with great fear and trembling. 4 My message and my preaching were not with wise and persuasive words, but with a demonstration of the Spirit’s power, 5 so that your faith might not rest on human wisdom, but on God’s power. 6 We do, however, speak a message of wisdom among the mature, but not the wisdom of this age or of the rulers of this age, who are coming to nothing. 1 Corinthians 2:2-6

Paul was a master of tailoring his messages to the crowd he was speaking to. If you look at his recorded messages in the book of Acts, his audiences were diverse as he spoke to Jews, believing Gentiles, curious Athenian skeptics and Roman officials. To each audience his message was unique and tailored, all pointing to the reality of the resurrection of Jesus Christ.

In today’s post-Christian America, a debate continues about how best to preach to an unbelieving world. Preaching in and of itself is an art form, so there are lots of right ways to do it. One ongoing discussion persists between those who advocate that sermon series are the most effective way to preach and those who ardently affirm that preaching verse-by-verse is the best way to preach. Both arguments have their merit and I believe that as long as Jesus is the focal point and Scripture provides the framework, it’s hard to go wrong.

What I do want to argue today (just for fun) is that the “verse-by-verse” group may not have the monopoly on scriptural justification for their style of preaching. Interestingly enough, we never see Jesus or Paul walking their disciples (or the early church) verse-by-verse through the book of Leviticus or any other Old Testament book, which would have been their Holy Scriptures (the New Testament not having been recorded yet). To those who might look down their nose at the “sermon series” camp (one which I strategically live in on Sunday mornings), I offer 1 Corinthians 2:2-6 as a biblical rationale for this approach. In the end, it all comes down to the audience.

Paul himself referenced divergent styles throughout his time in Corinth. When he came, he resolved to know nothing but Christ crucified. No messages on how to be happy in life or how to steward your finances, but also no verse-by-verse expositions of Old Testament scriptures. It was pure evangelistic messages pointing to Jesus. But in verse 6 he affirms that it is appropriate to speak a message of wisdom among the mature. He does not elaborate on what a message of wisdom entails. The point is he tailors his message to his audience.

I love preaching both sermon series and verse-by-verse. The reason I tend to focus on sermon series on Sunday mornings is because of the audience, a mixture of the spiritually mature and immature, of believers and non-believers, of insiders and outsiders. I consider a verse-by-verse walkthrough of Scripture to be appropriate as a message of wisdom for the mature. This could either be done during a Sunday night or midweek study when Christians tend to dominate the crowd. Both have their place, but if you want to effectively reach the spiritually mature, you have to tailor your message to effectively capture their attention where they are. That’s the principle I believe Paul used, and that’s the strategy (and I believe biblical justification) behind preaching sermon series on Sundays at church. 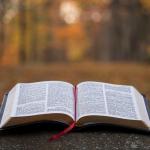 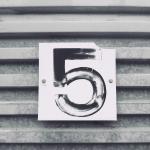 August 9, 2018 5 Types of Sermon Series and How to Leverage Them in Your Church
Recent Comments
0 | Leave a Comment
"I agree the Last Supper was a " drop the mic" event. It was completely ..."
Jim Why the Apostles Should Have Walked ..."
"Outsiders read Leviticus 24:15-17 where God commands the Israelites to stone anyone to death who ..."
Bob Seidensticker 7 Ways to Reach the ‘Nones’ ..."
"Thank you Josh for this blog. I try not to read all of Patheos Blogs ..."
Bob Peacock The One Thing Everyone Seems to ..."
"What is tradition to one may be worship to another. We are apt to judge ..."
the old scribe 10 Toxic Traditions That Are Killing ..."
Browse Our Archives
get the latest from
Evangelical
Sign up for our newsletter
POPULAR AT PATHEOS Evangelical
1

Praying A Hedge of Protection???
https://www.youtube.com/watch?v=iz17Ugnz6rg
view all Evangelical blogs
What Are Your Thoughts?leave a comment
Copyright 2008-2020, Patheos. All rights reserved.