Why It’s Dangerous to ‘Build a Church on the Bible’

Why It’s Dangerous to ‘Build a Church on the Bible’ August 2, 2018 Josh Daffern

This past Sunday First Baptist Dallas celebrated it’s 150th anniversary, a historic milestone of longevity and influence however you define it. But in an interview with the Christian Post preceding the anniversary, Pastor Robert Jeffress made a statement that on the surface seems doctrinal, but I believe is in fact dangerous. Here’s a printed portion of the interview between the Christian Post and Pastor Robert Jeffress:

CP: At a time when many churches are in decline or closing, how is it that First Baptist Dallas is celebrating its 150 anniversary and still going strong?

So, what’s so wrong with the statement? I’ll ask it this way: if you would have sat down with the Apostle Paul, the Apostle Peter, perhaps even some early church fathers like Clement of Rome or Tertullian, and asked them what the church was built on, they wouldn’t have said ‘the Bible,’ and for a very good reason. ‘The Bible’ didn’t exist yet as we now know it, not being finalized in its canonical form until the 4th century. In the decades immediately following the resurrection of Jesus, even before the letters of Paul were written and the eyewitness Gospel accounts recorded, the church thrived and flourished not because of a book but because of an event.

In short, my issue is that I believe the church was originally built (and should therefore continually be built) on an event in human history: the resurrection of Jesus Christ. The Bible as we know it points us to the resurrection and testifies to the truth and power of the life, death and resurrection of Jesus Christ. But make no mistake: Jesus and the Bible are not the same thing, anymore than I am the same thing as the birth certificate that testifies to my birth. The Bible contains the living words of God, but God is not a book. Jesus is not a book. A book did not die on the cross for my sins. A book testifies to the person that died on the cross for my sins and rose from the dead on the third day, and a book points the way to my salvation, but my salvation rests not in a book, but in a person. That is a subtle yet profound difference. As much as I value and cherish the book that teaches, inspires, convicts and edifies my faith, I worship the person the book points to, not the book itself.

A little later Jeffress offers a second statement that makes a passing reference to Jesus (as the Living Word of God):

CP: According to your announcement, you will be delivering a special message at the service. What will be in this message?

Jeffress: The spiritual foundation of this church is the Word of God, both the Living and the Written Word of God.

But it’s interesting to note that from at least the excerpts provided by the Christian Post, the Bible (either as ‘the Bible’ or ‘God’s Word’) is referenced six times. The Gospel is referenced two times. The name “Jesus” is not mentioned once. It could have easily been a part of the overall interview but it did not appear in the published portion.

This is what Paul himself taught from the Bible I love so much:

For no one can lay any foundation other than the one already laid, which is Jesus Christ. 1 Corinthians 3:11

Consequently, you are no longer foreigners and strangers, but fellow citizens with God’s people and also members of his household, built on the foundation of the apostles and prophets, with Christ Jesus himself as the chief cornerstone. Ephesians 2:19-20

So what’s the big deal? Since we know Jesus through the Bible, is it that far off to say our church is built on the Bible? Here’s where this line of thinking can lead to: if the Bible is the focal point of a worship service or even a church, then the priority becomes to teach, clarify and defend the book. Mean, arrogant or judgmental behavior can be justified if it is done in defense of the book. If Jesus is the focal point and the foundation of the church, then the priority becomes to proclaim him and help people fall in love, believe in and glorify him. To help people believe in Jesus you actually have to have a relationship with and be kind to people. Do you see the difference? We don’t get into heaven because we believe the Bible. We get into heaven because we believe in the Savior that the Bible testifies to. The Bible, as marvelous and glorious as it is, is the means, not the end. Jesus is the end. Jesus is the foundation.

Our church is a church built on the death and resurrection of Jesus Christ. 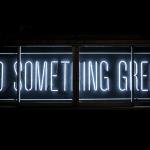 July 30, 2018
2 Essential Characteristics Needed for Every Church Leader
Next Post 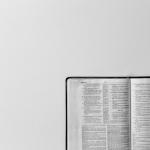 August 6, 2018 A Biblical Argument NOT to Preach Verse-by-Verse on Sundays
Recent Comments
0 | Leave a Comment
"I agree the Last Supper was a " drop the mic" event. It was completely ..."
Jim Why the Apostles Should Have Walked ..."
"Outsiders read Leviticus 24:15-17 where God commands the Israelites to stone anyone to death who ..."
Bob Seidensticker 7 Ways to Reach the ‘Nones’ ..."
"Thank you Josh for this blog. I try not to read all of Patheos Blogs ..."
Bob Peacock The One Thing Everyone Seems to ..."
"What is tradition to one may be worship to another. We are apt to judge ..."
the old scribe 10 Toxic Traditions That Are Killing ..."
Browse Our Archives
get the latest from
Evangelical
Sign up for our newsletter
POPULAR AT PATHEOS Evangelical
1