Abusers and the Good Times 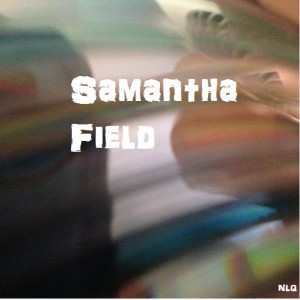 by Samantha Field cross posted from her blog SamanthaPField.com

I bought Adele’s 21 album spontaneously. A few of her songs were coming up somewhat regularly on the Pandora station I listened to at work, so when I spotted her album standing in line at Starbucks while on a road trip up to New Jersey I couldn’t help myself. That afternoon was the first time I heard “Someone Like You” and I did not understand it. At all. Later, some colleagues were talking about their favorite breakup songs and after sharing mine– “King of Anything” by Sara Bareilles–  someone said “Someone Like You” was theirs. I snatched at the opportunity to understand what the hell “Someone Like You” is about and why it’s not really really creepy. The conversation didn’t really help, but the last thing they offered has stuck with me:

“Sam, you probably don’t get it because you’ve never broken up with someone you were still in love with.”

I wanted to argue– but I couldn’t. I was still in love with my ex at the time he broke our engagement, but the heartbreak only lasted about a month and then I was nothing but pissed at him. Since those days I’ve come to appreciate the blinding fury that propelled me through the early months of escaping an abusive relationship. For me, there wasn’t any redeeming quality to that relationship. There was nothing worth holding on to, nothing I could remember fondly. He was an abuser, a rapist, and that was all there was to him and our “relationship.”

One of the most common statements I hear from people recovering from abusive relationships is something along these lines:

It would be easier if they’d been horrible 100% of the time, but they weren’t. Sometimes, they could be so sweet and caring. It makes me second-guess whether or not it was abuse– how could they be an abuser and be so gentle and loving sometimes?

Here’s the thing I want every abuse victim and survivor to understand: your abuser was horrible all of the time. Yes. Even when they brought you soup when you were sick, or bought you flowers for no reason.

Being “nice” is part of the abuse.

I think we all understand this intellectually. Lenore Walker created the “Cycle of Abuse” model all the way back in 1979, and the pattern she identified hasn’t changed in the decades since she wrote The Battered Woman Syndrome. Most of us are familiar with the three phases: tension building, event/episode, and the honeymoon period. On one level, we probably all know that the times when our abuser is being nice to us is the honeymoon. I bring this up every single time someone asks “why did you stay?” Abusive relationships are not actively violent every single second of every single day, 100% of the time. If it was unremitting agony, no one would stay. Abusers are absolutely dependent on the honeymoon phase — however brief or long it is– to keep their victims with them.

However, there’s more to it than that. Yes, abusers have to be “nice” sometimes or we’d quickly realize there’s nothing to keep us in a relationship. Why Does He Do That? isn’t a perfect book (for one, it relies on gender essentialism for significant parts of its argument) but one thing I do agree with Bancroft on is that if there’s a universal quality in abusers, it’s entitlement. Whatever abusive tactics they use, the goal is to guarantee their victims give them what they feel entitled to. The reason why we can identify similarities and patterns in abusive situations is that abusers are only doing what’s the most effective at getting another human being to cooperate with their entitlement.

On top of guaranteeing cooperation, abusers use “niceness” in the same exact way they use emotional or physical pain. There is not a single shred of genuine care about you and what your needs are. They are not bringing you soup because they were motivated by compassion during your illness. An abuser, by being nice, is getting what they want from you the same way hitting you or demeaning you gets them what they want. Sometimes they want you cowering in fear, but sometimes they want to be worshiped.

Something all survivors understand is that abuse resets your expectations. What you consider acceptable changes to accommodate the escalating abuse, and after a while the constant anxiety and hyper-vigilance becomes our baseline. When we get any relief from that, or any glimpse of kindness from an abuser, there’s a tendency to fall to our mental knees in gratitude. We’re used to violence and disparagement, and suddenly we’re offered a ray of hope.

They’re looking for it. They feel entitled to that gratitude; they crave it. Victims, like anyone else when they’re offered what looks like kindness, express their thanks in one way or another. Except that thankfulness is heightened because we’ve been trained not to expect it, and the end result is that an abuser does something “nice” in order to bask in our gratitude for their mercy. They’re doing it because it allows them to feel magnanimous and noble– look at them, doing something good for the miserable little worm they live with. Their victim certainly doesn’t deserve their kindness, but aren’t they just the most good and loving person for bestowing it?

A second side-effect of all of this is that abusers have to go barely out of their way at all to “earn” a worshipful reaction from their victim. In conversations I’ve had over the last eight years I’ve heard so many people talk about all the good things their abuser did for them like those infinitesimally small acts were fireworks in the park. Oh, but one day they did the laundry when I was so ill I couldn’t get out of bed! They cooked dinner that one time! They thought of me when I was giving an important presentation and sent me an encouraging text!

The abuse makes us lose sight of what an above-and-beyond act really is. The “nice” things abusers do are almost always things that any basically decent human being would do for someone they care about. I had to be married to Handsome for literally years before I understood this. Yes, I appreciate all the things he does and tell him so. But him doing the dishes? Not a spectacular thing. I cooked us dinner, he does the dishes. It’s not that he’s so awesome for doing the dishes, it’s that he’d be kind of a jerk if he never contributed.

So, yes. Even the good times were bad.

I understand clinging to the scant good memories we have– some days in the midst of the abuse it’s all we have to go on. Most of the “grandest” gestures my abuser made came during the darkest days, and I was just so awestruck at the time. I’d exclaim about how wonderful he was to all my friends and they’d look at me sideways because I was going on and on about a note he’d written on a 3×5 card. Just … Christ. That was not that great, but I’d learned to expect otherwise.

Them being “nice” to you sometimes shouldn’t make you question whether or not it was abuse. The tricks an abuser uses to keep you trapped or to bask in your gratitude aren’t niceness. It’s just more of the abuse.

‘The Handmaid’s Tale” isn’t a Strawman, and Here’s Proof

Samantha grew up in the homeschool, patriarchy, quiverful, and fundamentalist movements, and experienced first-hand the terror and manipulation of spiritual abuse. She is now married to an amazing, gentle man who doesn’t really get what happened to her but loves her anyway. With him by her side and the strength of God’s promises, she is slowly healing. Right now Samantha is attending seminary.

June 30, 2017 Quoting Quiverfull: Be Cheerful to Make Men Happy?
Recent Comments
10 Comments | Leave a Comment
"These political christians with their arrogance, ignorance, and straight up stupidity, richly deserve what they ..."
MacNutz2 . Open Thread Covid 19 – Ohio’s ..."
"These dishonest irresponsible political christians richly deserve what they are getting as a result of ..."
MacNutz2 . It’s Sunday, Meaning Scofflaw Churches Are ..."
"What especially irritates me is that there are other things those churches could be doing ..."
Jenn H It’s Sunday, Meaning Scofflaw Churches Are ..."
""Coronavirus creates conflict for churches, where gatherings can be dangerous but also provide solace:" https://www.washingtonpost.... ..."
Friend It’s Sunday, Meaning Scofflaw Churches Are ..."
Browse Our Archives
Follow Us!

Nonreligious
Jim Bob Duggar and His Mysterious Contract With...
No Longer Quivering
TRENDING AT PATHEOS Nonreligious