On Gaza and Israel 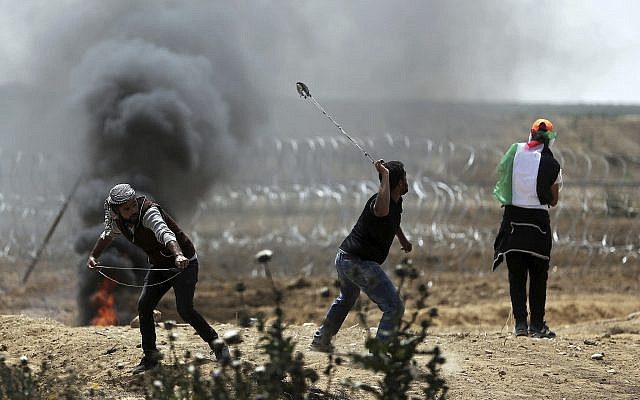 In 2009 my photographer son and I walked across Galilee, staying with Jews some nights and Arabs other nights.  We were doing a photo essay for Christianity Todayon what residents of the land of Jesus think about him today.

More than a few times Arab Christians pulled us aside, whispered to us not to write their names, and told us the same thing: “The media would make you think that the Israeli government is our biggest enemy.  But that’s not true.  Our real enemies are our Muslim cousins.  They want to get rid of us Christians.”

One lesson I learned from this is to be wary of what the media tell us about Israel.

I wish Rich Mouw knew about some of this.  Rich is the distinguished scholar and President Emeritus of Fuller Seminary.  He is a friend and ally on many issues.

But I am afraid that his recent screed against Israel over the violence in Gaza was uninformed and, and as a result, unfair.  While desiring to help defend Palestinians, he perpetuates a false narrative that only hurts Palestinians.

President Mouw decries the way that some evangelicals use Genesis 12:3 (“I will bless those who bless you and him who dishonors you I will curse”) to accept uncritically any and every action or policy of the Israeli government.  I agree with Rich on that, and so do most Israelis I know. Unlike Palestinians living under the Palestinian Authority and Hamas in Gaza, Jewish Israelis freely criticize their government in public and the media.  So do the two million Arab citizens of Israel, whose Arab representatives in the Knesset regularly criticize Netanyahu’s government.  Their Palestinian cousins who live on the West Bank and in Gaza don’t dare criticize their Palestinian governments for fear of torture and worse for themselves and their families.

President Mouw says it is “shameful” to celebrate the American embassy in Jerusalem while the Israeli military is “killing dozens of Palestinian protestors against Israeli policies.”

When I read these words written by President Mouw, I can only imagine that he is unaware of several critically important facts.

For example, he must not know that more than 80% of the killed protestors were Hamas soldiers.  This was admitted publicly on a television interview by senior Hamas official Salah Al-Bardaweel.

He must not know that these soldiers, who were told to dress in civilian clothes because of media cameras, were on their way to kill Jews.  According to Palestinan journalist Bassam Tawil, this was no peaceful protest.  They and the rest of the demonstrators were chanting, “Death to Israel!” and “Death to America!”  They had machine guns, Molotov cocktails, airborne improvised explosive devices and grenades.  One of their leaders, Yahya Sinar, shouted to the media, “We will take down the border [with Israel] and we will tear their hearts from their bodies.”  Hamas had posted maps for their soldiers showing the quickest routes from the border to Israelis’ homes, schools and day-care centers.

President Mouw apparently does not know that these “protestors” were not “protesting Israeli policies,” as he imagines.  They were protesting Israel’s very existence.  Perhaps he is not aware that Hamas, the Gaza government that planned this assault very carefully and paid families to come (even promising $500 to anyone who managed to get injured), has declared repeatedly that its goal is to drive every last Jew into the sea.

It is easy for us Americans to criticize a government trying to protect its people whose very existence is threatened on a daily basis.  We do not face that existential threat.  What would we do if terrorists were trying to break across the Canadian border to kill residents of the state of Washington?  If those terrorists were shot as they tried to invade and kill, would we cry “disproportionate violence”?

President Mouw suggests that this protest was triggered by the opening of the American embassy in Jerusalem.  Not at all, says Tawil: “Hamas could not care less about the location of the embassy. Hamas wants ‘Palestine’ and ‘Palestine’ in its entirety.”  The leaders of Hamas once again “found an excuse to wage war on Israel and Jews, this time in the form of the embassy move.”

Mouw concludes his condemnation of Israel with a passage from Malachi that vilifies ancient Israel for defrauding laborers of their wages, oppressing widows and orphans, and depriving foreigners of justice.  He must be unaware that the Palestinian leaders of the two Palestinian governments–Hamas and the Palestinian Authority–have received multiplied billions of dollars and euros in aid from foreign governments.  In fact, more foreign aid per capita has been given to Palestinians than to any people in history.  If Palestinian leaders had used it to build their economies and societies—instead of lining their own pockets and building military apparatus to attack Jews–Palestine would be the Middle Eastern equivalent of Singapore.

But Palestinians still languish under terror and economic insecurity.  They lack all the rights we enjoy—freedom of speech, freedom of assembly, freedom of religion, freedom of the press.  Joblessness is high.  And the fault for this societal and economic brokenness is not the Israeli government. For the government in Jerusalem cannot give to Palestinians in Gaza and the West Bank what their own leaders refuse to give them.

This is the truth that is hidden by the accepted media narrative.  I trust that if President Mouw had been aware of these things, he would have turned his attention to those truly responsible for defrauding laborers and oppressing widows and orphans.

Gerald McDermott is author of Israel Mattersand editor of The New Christian Zionism.

June 24, 2018 The Christian Axis Has Shifted
Browse Our Archives
Follow Us!

Written Prayers: Gifts from Howard Thurman & John...
This may sound like an odd confession coming from an Anglican priest...
view all Evangelical blogs
Copyright 2008-2020, Patheos. All rights reserved.