Corvus and I ventured to Raleigh this past weekend for Central NC Pagan Pride. My own region’s PPD is next week, and, since I’ll be out of town and sadly absent, I thought it’d be worth a field trip to get my fix elsewhere.

Purely from an observer’s point of view, Pagan Pride Day seems to have two purposes (and more one or the other depending on the individual organizers). On the one hand, it’s a day where Pagans are invited to be openly Pagan. You wanna wear your cape and paint your face? You do that. You wanna wear a fur suit to ritual? Hell yes. Wear horns and a tail. Take your shirt off (unless you’re a woman, because that’s totes obscene omg). A sarong totally counts as pants. WEAR ALL THE PENTACLES. It’s a kind of pressure valve, relieving some of the stress of the day-to-day and allowing us to be either who we really are or who we wish we were. It’s fun, and for a lot of people this is one of their only chances to interact in meatspace with other Pagans.

On the other hand, it’s a kind of invitation to the world at large to come see what we’re all about. There are people handing out pamphlets (“Wicca is NOT Satanism!”) and fielding introductory questions. Piedmont’s event usually has some kind of interfaith panel that includes non-Pagans, too, and I trust this also happens elsewhere. You may even encounter the periodic religious antagonist (which, personally, I think of as part of the show).

It can make for some weirdness and mixed messages (am I here to be myself, or am I here to reassure outsiders?), but mostly it’s a fun time and a good chance to get out and talk to people in your local community who you may have a hard time tracking down otherwise. There’s often a charitable component, too, with donations collected for assorted local non-profits.

Part of the appeal of going to Raleigh this year was that we wouldn’t know anyone. When you’ve been around for a few years and tend to go to the same festivals and events, you start building up a pretty big network. That’s great—and I love my festival friends and contacts—but it’s a blast being in a totally new environment and having the chance to see entirely new communities in action (not to mention there’s no one to avoid). It’s a little like being the new kid at school, when no one’s had a chance to find out how weird you are yet.

Corvus and I wandered the shady space, checking out the vendors, and chatting with local group leaders (Hi, TAPA!). We attended some awesome workshops (including one on lycanthropy, which is a lifelong interest and was one of my gateways into witchcraft, and not something I’d have ever expected to see at a PPD event), ate a lot of food, and swapped business cards with new contacts. There were several animal rescue and rehabilitation groups present, so we saw lots of critters, too. Cats, rabbits, birds of prey, snakes, turtles, and even a giant cane toad (easily one of the coolest animals I’ve ever seen up close). I got to participate in some great conversations about group leadership, mental health, and using animal parts in ritual. I left with lots of writing ideas.

Unusual for Pagan Pride, Raleigh’s PPD is an all-weekend event. Sadly, we couldn’t stay for both days, but we’re going to make the effort next year.

It’s worth checking out your own region to see if your community puts on a Pagan Pride Day, particularly if you’re new or you’ve just never spent much time around other kinds of Pagans.  For me, Pagan Pride Day always begs a lot of questions about community, regionalism, what it means to be Pagan, what the relationship is between Pagan groups and outsiders, and what our responsibilities are to each other (if indeed we have responsibilities to each other).  I always do a lot of journaling and reevaluating afterwards. 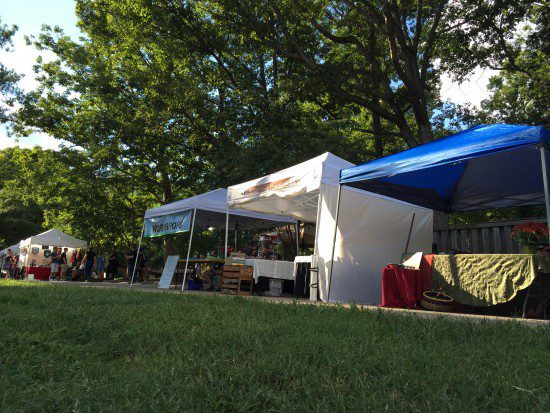 [Sidenote: Corvus wants me to let all of you know how awesome she is.]

[Excuse me. How amazingly awesome she is.] 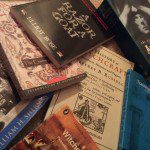 September 13, 2015
How to Choose Better Books (and appreciate the moderately crappy ones)
Next Post

October 4, 2015 How to Not Ruin Your Training Group: Five Points
Recent Comments
0 | Leave a Comment
Browse Our Archives
Related posts from Oathbound