All Wiccans are witches, but some of us are bad at it.

All Wiccans are witches, but some of us are bad at it. January 21, 2016 Thorn Mooney

I posted this on my other blog last year, but with Jason Mankey’s posts on Wicca, inclusion, boundaries, and meaning circulating, I thought it might be worth digging out: 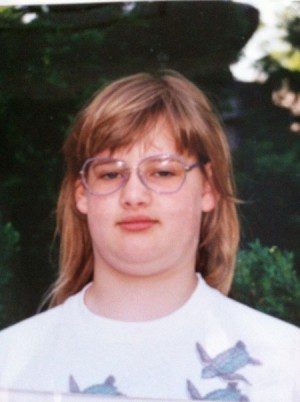 When I was in seventh grade, my deep-seated (but misguided) need to earn parental approval coupled with a complete disregard for personal dignity (or safety) drove me to join the middle school coed soccer team. I was fat and awkward, and engaging in rigorous physical activity for anything longer than a minute or two caused violent sweats and visions of my own death to flash before my eyes. They didn’t even stock uniforms in my size, and when the coach went to order one on my behalf the school initially turned down the request on the grounds that it was surely a mistake. Surely.

Yes, I was on the team. They put me on the field and I periodically got in the way of the ball, but was I really playing soccer? I mean, I sort of knew some of the rules. I owned shin guards (but not cleats because my father didn’t understand why I couldn’t just wear his old golf cleats). But mostly I was just a roadblock, impeding the game for my comparably tiny, impossibly fast teammates. One time, I kicked the ball into my own goal. Another time, I got hit in the head by a rogue ball after a faceoff and passed out in a dusty puddle of my own nose blood. Outside of practices, I didn’t train. I mostly just ate Pop Tarts and dreaded the next away game, because not only would I be forced to play soccer but I wouldn’t know where the bathrooms were for when I needed to hide or throw up.

My teammates hated me. My coach tolerated me. I made it more challenging for everyone involved—on either team—to actually play soccer. I bewildered my own parents and elicited concern from others.

I was on the team. I was at every game. I (eventually) had the uniform. I was in (the back of) all the yearbook photos. But I was not a soccer player according to any definition that actually has any real meaning or weight (haha see what I did there).

Wicca is like middle school soccer. We might all be on the team, but some of us are not playing soccer.

I have written before about my problems with the assertion that not all Wiccans are witches. The always charming and more-direct-than-me Gardnerians blog makes a much more thorough case than my own here (seriously, go read it, because the following will make more sense). Wicca, while certainly not being the only kind of witchcraft available, is nonetheless the practice of a kind of witchcraft. The very rites that define the tradition are in and of themselves acts of witchcraft. So if you’re a Wiccan who doesn’t practice witchcraft, then what exactly are you doing aside from just using the word?

That’s what I thought for a long time, anyway. But the longer I’m a working priestess and the more Wiccans (initiatory and otherwise) I meet, the more I have come to suspect that the above is only an ideal (and only for some of us). Increasingly, I meet Wiccans who—for whatever reason—don’t seem to be witches, whether they identify that way or not.

Is it still witchcraft if we’re not the ones actually doing the circle casting, the purifying, the invoking? If we’re only occupying the space while the leading high priestess and priest do their thing? What if our only experience of witchcraft is that coven meeting and we never do anything on our own time? What if we do attempt to call the gods and speak to spirits and perform acts of magic…and it just doesn’t work? What if the gods don’t hear us (or simply don’t answer)?  What if we fail to fulfill our obligations as priests or priestesses in a coven?

Ideally, of course, there are no bystanders in a Wiccan circle. It’s a coven, not a congregation.  And certainly one doesn’t make it very far in a training setting without engaging in acts of witchcraft, but is there a minimum? How much witchcraft is enough witchcraft to make you a witch? I mean, even I managed to play soccer once or twice, but it didn’t undo all of the destructive not-soccer I was usually up to.  I was a cautionary tale, not an athlete.

So how much witchcraft do you have to do to actually be a witch, and does it matter how effective it is? What if your witchcraft is more normative than transgressive? What if it’s “just another religion” the way some people insist?

I guess it depends on where you’re standing, definitions…the usual conversations about boundaries and the malleability of language. I don’t have answers. I know that I still don’t want to be a part of any soccer team that would let me join, that’s for sure.  And I don’t want non-witches in my Wiccan coven. Where the line is, I’ve found, moves. I can’t put my finger on it. Maybe we’re all witches, but some of us are better at it than others. Maybe witchcraft, as so many of my traditional witch fellows insist, is in the blood, and the initiatory and training process only forces its development. Maybe we just have to trust that time will weed out those who really should have just remained outsiders.  Maybe those of us in established witch traditions need to have tighter standards and higher expectations, particularly if we understand our tradition to be a priesthood and a calling rather than just one more feel-good, self-indulgent road on the map to personal self-discovery.

My own high priestess told me at one point that her job was more about recognizing witches than making them—that her real job was to make effective priests and priestesses to preserve the tradition. People already came as witches. I think she’s right in a lot of ways, but I can’t quite pinpoint the distinction beyond what I’ve already tried to do. At the very least, my seekers have to desperately want to be witches. We take it from there.

(Please enjoy the above picture from 4th grade.  I was already obsessed with witches, but not so keen on washing my hair or running.)

January 18, 2016
Teacher Burnout and the Expert Blind Spot
Next Post

January 25, 2016 #witchcraft: Unrealistic Expectations in Your Personal Practice
Recent Comments
0 | Leave a Comment
Browse Our Archives
get the latest updates from
Oathbound
and the Patheos
Pagan
Channel
POPULAR AT PATHEOS Pagan
1

The Pathetic Life And Death of...
The Zen Pagan
Related posts from Oathbound