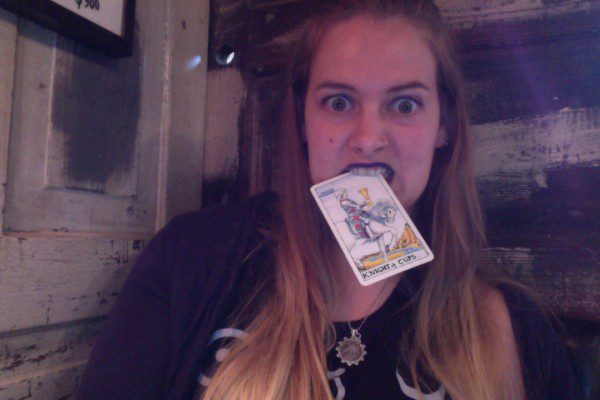 Okay. First, I need to put on my religious studies scholar hat.

“Spirituality” is not objectively a thing that we can locate and measure.

It’s constructed, both culturally and by individuals. Over time, we ascribe meaning to objects and practices, and eventually those things take on greater symbolism. They become spiritual. For some people.

As a community, we tend to talk about certain things as though they’re inherently spiritual. Meditation, crystals, drinking tea, tarot cards…you can probably make your own list based on the various “spiritual” hashtags from Instagram or Tumblr.

Like the more we meditate, the more spiritual we inherently are. Or the more tea we drink, the more enlightened we become.

But here’s the thing: those things are tools. They’re not in and of themselves spiritual. Thanks to some selective history and, frankly, marketing, we associate them with “spiritual” people. We forget that “religion” and “spirituality” (again, even the perceived difference between those terms says more about our cultural locations than it does about objective things called “religion” or “spirituality”) have looked different across millennia—continue to look different wherever we are in the world. Just doing and having particular things doesn’t automatically make us more anything.

I have at least a dozen Bibles in my house right now. In my hands, they’re just books. For Christians, they may be symbols of something else, but my owning and handling them has zero impact on anything in my life. The power isn’t literally in the book, or I’d surely be glowing by now.

Drinking tea might relax you and make you feel super witchy and receptive to the voices of the gods, and that’s fantastic and valid. But it’s not inherently in the tea. The thousands of other people drinking that tea from the same manufacturer aren’t having the same experiences you are. Your experience has more to do with you.

Someone else (hint: it’s me) is a lot happier with coffee or vodka.

Something becomes spiritual when you assign spiritual value to it. If it’s meaningless to you, it will continue to be meaningless no matter how much of it you drink, buy, or practice.

Tarot cards are not inherently spiritual. They became spiritual in time, thanks to the efforts of particular people. If they are spiritual to you, then that says more about you than the cards themselves. And you’re probably awesome, so that’s great news.

Tarot is a part of my spiritual practice, but not really because it’s a divination tool. I see my tarot reading as an acquired skill, developed with long hours of practice over the course of years. Part history, part religious studies, part literary studies, part storytelling, tarot makes sense to me the way interpreting texts makes sense to me. We take a set of symbols and we build meaning, based on our cultural backgrounds, our personal experiences, and our impulses (which are often just sublimated pieces of our experiences, not external messages from nowhere). If the gods are involved, it’s because, on some level, I’ve involved them.

Instead, tarot is spiritual for me because it’s given me this huge body of symbols—a language, if you will—to make sense of other things. Tarot is a map to my world. I think of people and events in terms of cards. I understand abstractions like “spiritual growth” or “initiation” or “shadow work” in terms of tarot symbols. It’s a way of creating meaning for me. It gives me context. I can say, “Oh, this was totally a Seven of Swords moment,” or “Holy shit I need to stop dating Knights what the fuck is wrong with me.” Instead of feeling like I’m alone in the world, feeling something no one has ever felt before, I can find reassurance in the cards. Yes, other people have been here, too. This is the next step on the Fool’s Journey.

It may not make sense to anyone else, but it works for me. It becomes spiritual.

So is tarot necessarily spiritual? That depends on what world you’re occupying, I suppose. For me, the Bible is just a book and a tarot deck is just a stack of printed cardboard. But I can see the power that they hold for people, in different circumstances. It’s the thing the symbol represents that matters, which depends on context. The American flag itself isn’t holy, but perhaps liberty and justice are. When people get upset at the misuse of flags, it’s not because they believe that the flag is literally the country. The Book of Shadows I keep isn’t my practice of witchcraft. You could set it on fire and I’d just make another one.   I wouldn’t stop being a witch just because you took it from me. My tarot deck isn’t the source of my divinatory powers. If I lost it, I’d just buy another one.   The tea you’re drinking isn’t what’s making you magical. You’re magical all on your own. Your tarot practice is spiritual because you are spiritual.

August 12, 2016 Keeping Oaths, Keeping Community
Recent Comments
0 | Leave a Comment
Browse Our Archives
get the latest from
Oathbound
Sign up for our newsletter
POPULAR AT PATHEOS Pagan
1 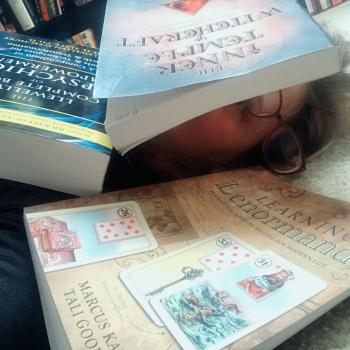 Pagan
How to Be a Better Beginner
Oathbound 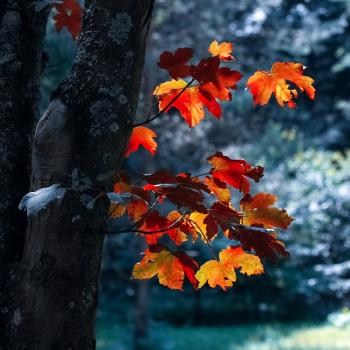