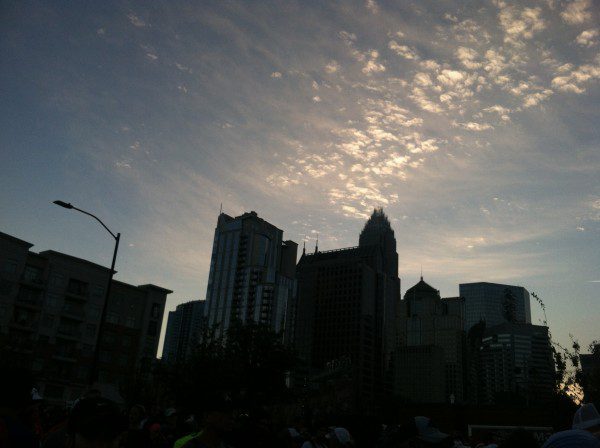 Paganism collectively, and witchcraft in particular, tends toward egalitarianism. Practitioners tend to be independent and self-directed. We resist organization, and we don’t like being told what to do. Nonetheless, we have our celebrities. There are pathways in place by which we may individually achieve some pretty far-reaching social clout. We don’t have elected leaders or prophets (though from time to time someone tries), but we do have writers, artists, and teachers. Whether or not their incomes reflect it, we talk about some of our published authors as though they were pop stars. We pay incredible amounts of money to take their online classes and attend workshops with them. Within larger traditions, there are famous leaders. Some of them run covens, some are event organizers, and others are prolific writers, speakers, and thinkers.

It’s common for developing practitioners to aspire to this kind of status. Witchcraft feels like home for so many of us at first, and I think it’s natural to feel compelled to build a name within whatever community feels like yours. I meet a lot of seekers who tell me straight off that they want to become covenleaders and teach their own students. Some haven’t even made it through their first books or their first turn of the Wheel before they’re picking out coven names. This seems pretty normal. My own teen witch diaries detail plenty of these kinds of fantasies. There’s something really romantic about teaching witchcraft, especially if it comes with fancy titles or some small measure of fame. Us Wiccans especially love our hierarchies. Mostly, these fantasies are pretty benign. Some people are sincere, and what starts as mere fantasy transforms into a calling. Others will become a little insufferable, going on about “when I’m a high priestess” or “when I have initiates” as though those things are a given (sometimes listening to a newbie go on about “whens” is a little like listening to a child go on about “when I’m world leader”).  Some may award themselves undeserved status online and in their local communities, fabricating expertise to win followers (or sometimes money).

Some people seem like born leaders. They fall into the role naturally. Others grow into it. Some are reluctant, assuming leadership only out of necessity. Everyone in a leadership role came to it via their own path. That responsibility may fit at some times and not others. You may never actually feel ready. But here are some clues that group leadership probably shouldn’t be your focus for now:

1.You think you know everything.

There are some truly brilliant people in our communities, it’s true. You may be one of them. But the aphorism that the more you learn the less you know is a true one. The more you’ve experienced and the more you learn about the world, the easier it is to see what you don’t know. The easier it is to imagine what experiences you haven’t had. Truly learned people tend to be increasingly humble for this reason. They can see how much they haven’t mastered. It’s a lot harder to learn when you’re convinced there’s nothing left to learn. Leadership isn’t the “next step” after mastery. Often, leadership comes before (or not at all). It’s not something you do because you’re bored with things and need to move on. The mark of a good teacher isn’t the perfect mastery of content. It’s the ability to participate in an exchange with someone else and to relate to their experiences. In teaching, you learn. In leading, you come to see your own weaknesses. You have to have the humility to be open about those weaknesses and be willing to work on them honestly.

2.You’ve been plotting to be in charge since day one.

There’s nothing wrong with having leadership aspirations. There’s nothing wrong with having fantasies, either. Those things are healthy and can inform the goals you set for yourself. But not at the expense of your own growth as a witch. Some people get so hung up on feeling like their calling is to lead and teach others that they forget that part of the point is to work on themselves. In a tradition with a degree system, it’s not uncommon for people to be so bent on “getting to the end”—getting to third degree, getting a particular title, starting a group, etc.—that they don’t work to get the most out of they are. You’re never going to have the luxury of first degree again. That’s your time to explore, ask questions, try things, fail, and figure out who you are and what you want. It’s like taking time to be single and figuring out what you want out of life before rushing into marriage just because you think adulthood means being married. This is where bad decisions are born. Poor first degrees make poor third degrees. Being a beginner, a student, or otherwise taking the time to work on yourself is not a mark of shame or incompetence. Don’t shortchange yourself and try to rush through it.

3. You haven’t thought about what comes next.

Group leadership isn’t really the endpoint that everyone thinks it is. Covens have life expectancies and relationships have expiration dates (one way or another). Leadership is a temporary role. Many of us—myself included—started out just flying by the seat of our pants, so overwhelmed by new responsibilities (many that we couldn’t have ever anticipated). It took some time to start thinking ahead. How would I know when outer court members were ready for initiation? How would our developing egregore be affected once some people were at different levels? How would my own relationships with them change? What about my relationships with the coven that trained me? The tradition as a whole? What would I do to prevent burnout? How would I handle disagreements? You can’t plan every little thing (and the plans you do make probably won’t fly, anyway). Some things you can’t prepare for at all. But understand that you are still in flux, even as an experienced witch leading a group. Things won’t always look the same, and it’s worth asking yourself “what if” and “what next.”

4. You love drama, or else you just can’t deal with it.

Very few people openly love drama, but a lot of them thrive on it nonetheless. If you can’t keep secrets, can’t quell arguments, can’t put an end to gossip, and can’t set your personal feelings aside to mediate between others, then your leadership will be tenuous, at best. If you actually enjoy watching other people struggle, and you make a habit out of sowing discontent, it’s very likely that your group will explode horribly. Drama tears groups of all kinds apart. You have to be able to separate yourself from that shit and put a stop to it when it shows up in your own space. If you’re constantly the subject of local talk and you’re steadily compiling a list of enemies, there’s a fair chance that you’re your own problem. The more time you have to spend repairing your reputation (or worrying about the reputations of others) and dealing with wider community bullshit, the less time you have to practice witchcraft, let alone run a healthy group. You have to be able to choose your battles. You have to be able to engage with the things that matter and let the other stuff go.

Group leaders are human beings who fuck up sometimes. Witches—being the outspoken people that they are—will not hesitate to tell you when and where you’ve fucked up. This is no less true when they love you. Almost every time I publish a blog or post a YouTube video, I get a comment or email about how wrong/naïve/misinformed/shortsighted (and sometimes ugly/stupid/terrible) I am. In the beginning, it stings a bit. It’s about a million times worse when it comes from someone in my own Craft family. It’s even more painful when you start to see that they’re right. People will question your decisions, choose not to follow your instructions of advice, misunderstand you (or understand you perfectly and just think you’re full of shit), and just all around have bad days and take it out on you. It’s important to be able to accept all of that gracefully and respond constructively. You need to be able to take that criticism—however fair it is—consider it, and change accordingly where appropriate. Successful groups make room for dissent, discussion, and growth for all parties. You have to be able to consider other peoples’ needs without feeling threatened by them. Not everyone will like you, and even the people that like you won’t like every little thing you do or say. You can’t have a thin skin.

Every group is going to be different, and leadership sometimes manifests in unexpected places. It may be required of you at some points and not at others. But whether you felt called, or you have the task thrust upon you, leadership is a learning opportunity. Most people aren’t great at it without a lot of effort. Most of us have had issues with some or even all of the above at some point, and that shouldn’t be taken as indication that you can’t ever run a group or be some kind of teacher. These are just areas to consider as you decide to move forward (or not) with your ambition.

Most Pagan leaders aren’t famous. They don’t run online schools or publish books. They aren’t being paid to speak at your local Pagan Pride Day. You’ll never hear of most of them. Maybe these things are part of the appeal of becoming a leader in our communities for some folks, but they aren’t the heart of things. If we do it right, I’d like to think they’re a byproduct of greatness, but this isn’t always the case (which is why we should engage with our “celebrities” as critically as we do with each other).