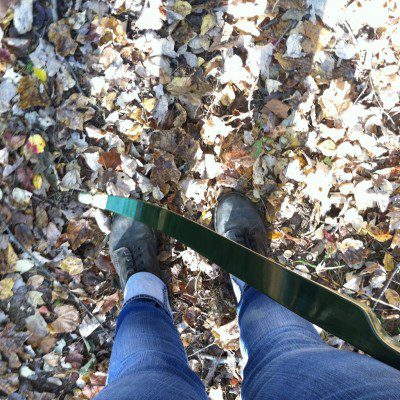 This has been a subdued season for me. Most of my time has gone to finishing up my teaching licensure. This is a lengthy process that requires full-time classroom work, in addition to evening education classes and preparing for the Praxis content exams. The whole time, you’ve got various professors and administrators observing you. Toward the end, there’s the thrilling hunt for a permanent position, which is my focus now.

All is well—don’t get me wrong—but it doesn’t leave a ton of time for extra things. The last two years have taught me that one of the most challenging things about witchcraft is finding a way to integrate it into your daily life. Lovely as it might sound, there aren’t many “professional witches” in the world. Even those of us who manage witch shops, sell readings, or run other kinds of Pagan businesses spend more time on the business end of things than on the magical. Being a skilled witch won’t do you much good if you’re not also a skilled entrepreneur. As a Pagan writer, I have to consciously work to make the writing process feel like magic. Writing about witchcraft isn’t by itself the same thing as practicing witchcraft, and often the challenge of coming up with ideas, editing, and meeting deadlines, sucks the sparkle out of things.

That’s okay, though. Sometimes, life is just about work, and the magic comes in learning to find satisfaction in the steadiness of that work. I think we get into trouble when we talk about the “mundane” like it’s something we need to escape. It’s much more effective to take those mundane spaces and embrace them, finding ways to imbue Craft as we can. It really does come in time, through little things.

Lately, I’ve felt compelled to clear all of the altars in my home. It’s easy to let them build—altars have a way of collecting things—almost carelessly, and I’ve found that they start to lose their meaning in time. This time of year is great for stripping things down. Getting back to the heart of what’s important. Right now, my bedroom working altar is nothing but a candle and my athame. I’m finding that it commands my attention better; it feels weightier. In circle with my coven, we’ve drifted to the internal. Now doesn’t feel like the time for elaborate workings. Instead, we look back on the summer and make plans for the darkness that’s crept up around us. We’re starting to talk about longterm projects, how we’ve grown recently, and the work that all of us feel pushed to do alone. It’s starting to feel like winter.

We celebrated Halloween together, spinning things from our usual focus on ancestors and the dead to the relationships we have with each other now. Isn’t it miraculous that we’ve found each other in this moment, and that someday, when younger generations speak of the dead, our own pictures will be on the altar? And wouldn’t it be incredible if our pictures were together, because we spent our lives in each others’ stories, doing incredible things together?

I also went on my first deer hunt on Halloween. That wasn’t the plan originally, but it felt significant that that’s how things turned out. I’ve done plenty of camping and hiking, but it’s quite a different experience to be the predator in the woods. Everything sounded different, and I looked at all of the animals I encountered very differently, knowing that I had a different kind of power—a deadly weapon—in my hands. I spent five hours in a blind alone, ready with my longbow, contemplating death in a completely new way. It sounds cruel, I know. When I started learning about hunting, I ran into a lot of emotional and ethical hurdles. Even with everything I’ve learned about the role that hunting plays in conservation and the health of the deer population here in North Carolina, I’m still not sure I could actually make a kill, given the chance (my Halloween trip didn’t give me any opportunity, but I’ll be going out again soon). But as a meat eater, and as a devotee of a horned god of hunting, it really felt important to consider these questions in a real way. It’s too easy to separate ourselves from the choices we make surrounding food.

So it was a contemplative Halloween.

I’m turning my focus now to my longterm writing projects. Some of you already know that I’m writing my first book. This project began last year at PantheaCon, and the first full draft is due at the end of February. There’s still a lot of work to do, and I know this is only the beginning of the process! It’s very exciting, though. I’ll have more details for you all as those deadlines approach. I’ve also got some new Patheos blogs in the works, as well as some other projects, so look for increasing activity into the winter!

How are you all? What does your winter look like? Do you experience a seasonal lull in your practice? When is it?

Solitary Self-Initiation or Dedication. Does It...
3 Pagans and a Cat
Related posts from Oathbound 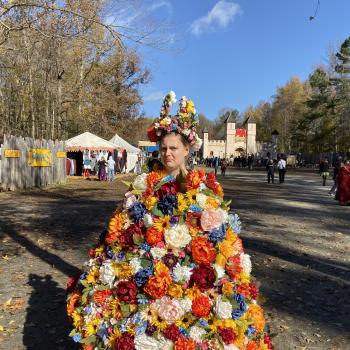