When I Do Spells: Thoughts on Working Magic and the “Craft” of Witchcraft

When I Do Spells: Thoughts on Working Magic and the “Craft” of Witchcraft May 23, 2020 Thorn Mooney

If witchcraft is a craft (in addition to being a religion, as it is for many of us), then what exactly is the “craft”? And how often do we have to be engaging in that craft in order to really be witches?

For a lot of people–both witches and non-witches–we immediately think of spells. Witches do spells! Of course they do, we think. But what exactly are spells? And how many do you have to do before you know you’re a witch? If someone picks up one of those cutesy turn-your-man-into a toad spell books and tries something once, or writes a wish on a bay leaf and burns it because they saw that meme on Instagram, or blows out their birthday candles and makes a wish, are they practicing witchcraft? And do those spells have to work? What failure rate is allowed before you have to throw in the towel and admit to being a non-witch? What if you never throw in the towel, and you just keep failing at spells your whole life? Is that witchcraft?

…and the questions keep coming.

It gets kind of ridiculous, really, writing it all down. But I think about these things sometimes, and often these are the questions I get asked the most by the witchcraft-curious.

Christopher Penczak and many of the writers and thinkers he’s influenced teach that spells have three essential components: intent, Will, and energy. This lines up well with what I was initially taught, too, but I like his articulation of things.

Your intent is pretty much what it sounds like: this is your end goal, the thing you’re seeking, your desire. The more specific we get, the trickier it can be to pull off. On the other hand, the more specific we get, the more easily we can determine what other strategies we may employ to get what we want (for example: don’t do a spell to get money, if what you really need is a house; do a spell for the house itself to account for the many other ways by which one can find themselves with a house).

Will–capital-W Will–isn’t just what you want, it’s your higher purpose, your raison d’être, your destiny, or however else you want to phrase it. Things that are in alignment with your True Will are easier to accomplish than things that go against your True Will. Now that, of course, may be a less useful guidepost if you don’t believe that we have a Will (though most traditions in the Western magical systems do). This also shouldn’t be understood to mean that you have to *know* what your True Will is. Sometimes I think I do, but plenty of times I don’t. That’s the foundational question of much of the Western Mysteries, so if we think we know the answer, that’s probably a sure sign we don’t. I also wonder sometimes if our True Will can’t change. I don’t know–you tell me!

And then, energy, of course (or maybe not of course), is the umph, the woo, the power that we place behind the thing we’re trying to accomplish. This is the things we’re usually “practicing” when we’re practicing magic: how to detect, direct, and otherwise influence energy (usually, our own personal energy, and the energy present in the natural world).

All of those things need to be present for a spell to be most effective, and maybe to be a spell at all.

I don’t think most of us were doing spells when we were blowing out our birthday candles. But some of us certainly were.

But still, how many do we have to do in order to be witches?

This is kind of where I diverge from people who say that witchcraft is just about practicing some kind of magic (spells or otherwise). I’m a little more mystical here. I don’t think it’s about if you do spells, or how many spells you do. I think there’s some kind of innate essence to being a witch. I think we choose to don that power, and we carry it around with us no matter what we do with it. I’ve seen some people set it down, too, though many believe that can’t be done. Some people think you have to be born with it, but I’m not one of them. I think people have to claim it for themselves, one way or another.

I don’t actually do very many spells. I worship my gods and I practice ritual magic–both of which are acts of witchcraft in my tradition–but the need for spells comes and goes.

I go through periods of need: needing a job, needing to find a new place to rent, needing clarity, needing to keep someone away from me, needing to be understood, needing to land that contract, needing to bring the lost pet home. But other times things go smoothly. When all is well, I’m less inclined to do spells, and when I do them, I find them to be a bit less effective (perhaps because they don’t have the intense energy of need behind them). I think that’s probably pretty normal.

I’ve also found that it’s much more effective to help someone else do a spell for themselves, rather than doing one for them, exactly for this reason. Even if I care about someone, I’m probably less invested in the outcome than they are themselves.

Am I not a witch in those periods when I’m not doing spells? No, I don’t think that’s the case at all.

There are other “crafts” that may be part of witchcraft, too, of course, but I think these all go back to intention as well–that power that we pick up, the perspective we hold as we move through the world. I’m raising a garden right now and doing a lot of reading about botany, gardening, and herbal medicine. It feels like witchcraft to me–it’s definitely fueling my personal practice. But those things aren’t by themselves witchcraft. I’m literally pulling out my college botany textbooks and notes (because I’m a nerd and I keep those kinds of things) and rereading them. These authors, my fellow students, my old professors…not witches. Neither, overwhelmingly, are the people in the herbalism forum I’ve been hanging out on. It’s not the herbs that make the witch (down South, practically everyone’s grandma grows foxglove, has a secret cold remedy, and believes that thinking something hard enough might make it happen). But when I do it, it’s witchcraft.

And sometimes I do spells. 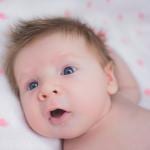 July 22, 2020 Baby Witches?
Recent Comments
0 | Leave a Comment
Browse Our Archives
get the latest updates from
Oathbound
and the Patheos
Pagan
Channel
POPULAR AT PATHEOS Pagan
1

Building For A Future We Won’t...
John Beckett
Related posts from Oathbound