How to Write a Pagan Book

Okay, I’m exaggerating. But only a little.

So when I was seventeen, I thought I knew pretty much everything there was to know about Wicca. I’d read basically everything that could be had at Borders Books, been through the woo section at the local library, and was running my very own AOL homepage like a boss. I’d even been to a couple of open rituals, and had once used the authority granted by my position as student council secretary to hijack both the drama club and the school atrium for a truly inspired winter solstice production of the Holly King (i.e. my friend Johnny dressed in a Santa suit) being clubbed to death by the Oak King (me, naturally, dressed like a crazed bush).

I remember being really irritated that no one else seemed to get my particular brand of religious brilliance. Couldn’t these people even recognize a calling when they saw one? My voice needed to be heard, dammit.

I remember when Gwinevere Rain released Spellcraft for Teens. Instead of going, “Oh, hey! Look! More books about witchcraft written for teenagers! Sweet!” I was filled with adolescent envy. I became hellbent. I started furiously penning my own guide to Wicca, clacking away at my father’s work laptop for hours at a time (maybe someday I’ll have too much to drink and post chunks of what I wrote, because that’s still a thing). I stopped when I went off to college.

I didn’t pick it back up again because I’d begun to see more of the Pagan world, and I was finding that I wasn’t the expert I thought I was.  And thank goodness, because most of my teenaged efforts are pretty hard to stomach now.

That was almost fifteen years ago. Here I am, writing a book again. I turned the first full draft of the manuscript into Llewellyn last week, as per the contract signed six months ago. From here, it’s about a year until it’s actually on shelves (another round of edits, the weighing in of the marketing and design folks, the logistics of printing, and all that good stuff…). I still don’t feel like an expert (because I’m not an expert), but now I have a better handle on how to convey my own experiences and offer insight in a way that doesn’t totally invalidate others (Teen Thorn was a bit of an absolutist).

Writing a book is hard, but not really because of the work itself. It took me about thirteen months from start to finish, and I never had uninterrupted writing time. I was working on my teaching license, tutoring at an elementary school, and eventually working in my own high school classroom full time. I tried to get my work-work done quickly so that I could use my planning periods to write my book. I hid from colleagues during lunch and tried to get a paragraph or two in before the next bell. I carried a notebook in my purse so that I could write whenever I was sitting in a waiting room, riding as a passenger, pretending to listen in a meeting, or in the few minutes before the professor showed up for class. There’s never “time to write.” You have to just do it.

No, what was hard was coming to grips with how much I don’t know, and all the experiences I don’t have. I’ve come a long way since Teen Thorn’s How to Wicca for Almost Grown Folks, but I definitely had moments where I felt like I must be out of my mind to think I was ever qualified to do this. I’m actually living in that moment now.

Part of me wanted to write this thing because Teen Thorn, jackassery aside, legit felt like she had a calling. I still do, maybe about 60% of the time (which I think is probably still pretty good, all things considered). I saw a need in my own witch community that wasn’t being filled and I wanted to try and fill it. Or start to fill it. I hope A Seeker’s Guide to Traditional Wicca does that.

The irony of neglecting my personal practice and my coven in order to write a book about witchcraft was not lost on me. I hope the desire to get back to Work comes quickly. Right now I’m still feeling pretty wiped out. I feel like all of my magic went into the ink, and now it’s out.

In any case, you’ll see me around more here. I’ll update you as the book thing happens, along with sharing other adventures. 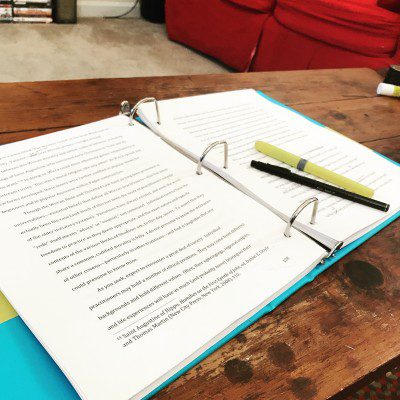 January 6, 2017
There are Fucking Witches in North Carolina
Next Post

July 12, 2017 Boundaries
Recent Comments
0 | Leave a Comment
Browse Our Archives
get the latest from
Oathbound
Sign up for our newsletter
POPULAR AT PATHEOS Pagan
1

31 Things To Do Between Now...
Witch, Indeed
Related posts from Oathbound 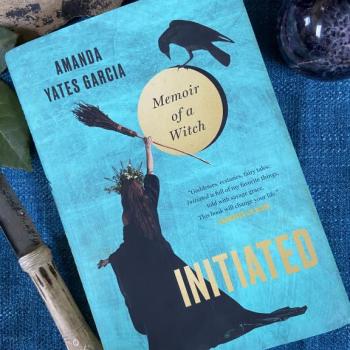 Samhain: Celebrating the Season
Is Samhain coming, or is it already here? The answer is a...
view all Pagan blogs
What Are Your Thoughts?leave a comment
Copyright 2008-2020, Patheos. All rights reserved.