How Entrepreneurs Practice Their Faith Through Companies

How Entrepreneurs Practice Their Faith Through Companies March 27, 2015 Acton Institute 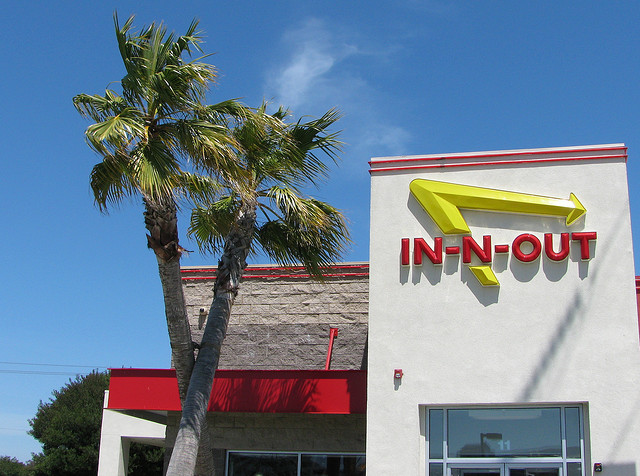 Since the Hobby Lobby case, there’s been lots of talk about what makes a corporation “religious,” if anything. Of course, corporations can’t really be religious, but their founders can and are, and they often express their religion in and through their corporations. Religion plays a big role in our country’s enterprises — in ways that may encourage you, discourage you, or both.

Regardless of whether I agree, disagree or am indifferent toward the faith of the owners, I will work to defend their right to make business decisions based on their convictions–even if that means my favorite Chipotle menu item will no longer be available.

From the Buddhist altar at your neighborhood nail salon to the landscape architect rocking an ichthus on his truck, religion-infused business is all around us!

1. They give generously from their company’s profits.

Manoj Bhargava, the reclusive founder and owner of the billion-dollar enterprise 5 Hour Energy, is a deeply religious man. He spent his twenties as a monk in India, traveling between monasteries on a spiritual quest. To this day, Bhargava spends an hour each morning in meditation, and he says that while he has “made a lot of money in the West,” he does “not believe in much personal consumption.” Bhargava has committed 90 percent of his company’s profits to charity, primarily to Hindu charities in India.

Bhargava predicts that over the next 10 years the company will give away over $1 billion to charity. Similarly, Christian brothers and business owners in Memphis recently gave their entire $250 million company away to their charitable foundation.

2. They are guided by their sacred texts.

Talia Mashiach is the high-powered founder of Eved, an e-commerce company. She is also an Orthodox Jew who draws upon her faith to lead her business and her employees. Eved now employs 50 people and processes over $80 million annually in transactions. Like many entrepreneurs, she experiences the tensions of integrating her faith with her business, but she gleans guidance from the Torah, the Jewish holy book.

“We are so fortunate to have Torah as our guide,” said Mashiach at a gathering of Jewish female entrepreneurs. “My exposure to the outside world has made me understand and appreciate that so much more.”

This is true across the religious spectrum. Burger chain In-N-Out prints Bible verses on their cups and burger wrappers for the benefit of employees and customers. Islamic bank owners follow a wholly unique set of regulations because of prohibitions in the Koran against charging interest.

3. They close up shop to rest.

David Green is a busy man. He’s leading one of the world’s largest retail companies — Hobby Lobby — and is currently filling the news cycle because of his company’s recent victory in the Supreme Court.

One of the Hobby Lobby hallmarks is that it follows the Judeo-Christian tradition of Sabbath, a practice of regularly resting, no matter the busyness of the work.

“We keep our stores closed on Sundays, one of the week’s biggest shopping days so that our workers and their families can enjoy a day of rest,” said Green. In addition, Hobby Lobby also closes daily at 8 p.m. nationwide to allow employees to rest and enjoy time with family and friends.

Chick-fil-A also closes their doors on Sundays to honor the Sabbath. Many Jewish business owners close on Saturdays, in accordance to the Jewish observation of Sabbath. They close despite some customer frustration and despite Saturday being the biggest commercial day of the week.

The magazine rack at Whole Foods does not resemble many other grocers. Alongside magazines like Modern Farmer, Yoga, and VegNews, Whole Food stocks Shambhala Sun, “today’s best-selling and most widely-read Buddhist magazine.” Notably, other prominent religious magazines — like Christianity Today, Tablet, and Islamique — do not line Whole Foods’ bamboo shelves.

John Mackey, founder and CEO of Whole Foods, described his spiritual convictions in his book, Conscious Capitalism. He regularly cites the importance of spirituality, spending time “with Buddha in the morning,” and meditation. He exhorts other businesses to embrace his vision of lifting “humanity to new heights of emotional and spiritual well-being” through conscious business.

Likewise, the Marriott hotel chain — founded and owned by a Mormon family — stocks their holy book, The Book of Mormon, in each of their hotel rooms worldwide. Norm Miller, owner and CEO of Interstate Battery, even goes as far to share his faith testimony on the company’s web site. The Hindu owners of a nail salon in my neighborhood actually display a religious shrine spanning the back wall of the boutique.

5. They infuse their companies with partying.

Dov Charney is the consummate party animal. For years, Charney’s let-loose hedonism infused his company, American Apparel. He has since been fired, though he is not going out quietly. Charney lauds American Apparel’s use of “sexually charged visual and oral communications” in their provocative ads and campaigns. He has been known to conduct board meetings in his underwear and throws lavish parties for his friends and employees, attempting to become the “Hugh Hefner of retailing.”

“What’s important to me is that everybody is experiencing pleasure. That’s what I’m into,” Charney wrote, channeling his inner Aristippus, the Greek philosopher attributed to pioneering hedonism.

American Apparel is not alone in infusing hedonism — a religious persuasion that elevates pleasure as the chief and sole goal for humanity — into their companies. Hooters, Axe, and Vegas’ “what happens here, stays here” casino industry all thrive on hedonistic impulses.

6. They help their brethren.

David Neeleman created JetBlue to disrupt the airline industry, and this father of nine did not hide his Mormon convictions as he did so. He regularly charters flights to fly Mormons and potential Mormons to church conferences. According to an article from Software Advice, he employs many Mormon stay-at-home moms out of their corporate office in Utah, allowing these mothers to have flexible work hours and to work from home.

Like most Mormons, Neeleman spent two years in missions — his assignment was in Rio de Janiero — and he credits this experience as foundational to his business.

“People do a better job if they respect the leader of the company,” said Neeleman. “I learned that on my mission — the value of people and how to truly appreciate them.”

At Tyson Foods, the company employs over one hundred chaplains to provide counseling and compassionate care to their employees “regardless of their religious or spiritual affiliation.”

When the Supreme Court ruled in favor of religious liberty last year, the Court acknowledged the impossibility of business leaders checking their values at the door.

“Any suggestion that for-profit corporations are incapable of exercising religion because their purpose is simply to make money flies in the face of modern corporate law,” reads the syllabus of the ruling.

How business leaders practice their religion will increasingly become a public discussion, particularly when these religious practices collide with hot-button cultural issues (like birth control and abortion). Meanwhile, business leaders like David Green and Manoj Bhargava and Talia Mashiach will continue to bring their faith to their work, seeking to effectively navigate the tensions of being religious in our diverse public square. 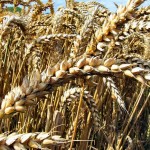 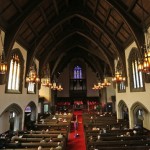 April 1, 2015 Why An Urban Church Abandoned Traditional Charity
Recent Comments
0 | Leave a Comment
Browse Our Archives
get the latest from
Best of Patheos
Sign up for our newsletter
POPULAR AT PATHEOS Faith and Work
1