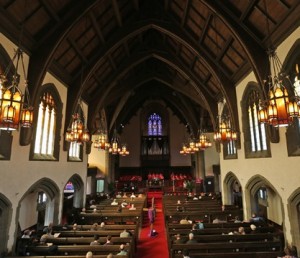 n the early 2000s, Broadway United Methodist Church had a series of outreach programs, including a food pantry, after-school program, clothing ministry, and a summer youth program that served up to 250 children per day. Today, these programs are completely absent, and it’s no accident.

“They’ve been killed off,” writes Robert King in a fascinating profile of the transformation. “In many cases, they were buried with honors. But those ministries, staples of the urban church, are all gone from Broadway. Kaput.”

“One of the things we literally say around here is, ‘Stop helping people.’” says Rev. Mike Mather, the church’s pastor. “I’m serious.”

Although Mather was the first to initiate many of these programs, with some efforts going back as far as the late 1980s, after several circumstances, including a series of community tragedies, he began to believe that a new approach was needed. “I started paying attention to what they really cared about,” he says.

Rather than simply identifying and meeting immediate needs, the church has decided to emphasize, affirm, and elevate the gifts and contributions of those in their community:

“The church, and me in particular,” Mather said, “has done a lot of work where we have treated the people around us as if, at worst, they are a different species and, at best, as if they are people to be pitied and helped by us.”

With that in mind, Broadway has — for more than a decade now — been reorienting itself. Rather than a bestower of blessings, the church is aiming to be something more humble. “The church decided its call was to be good neighbors. And that we should listen and see people as children of God,” said De’Amon Harges, a church member who sees Broadway’s transformation in terms not unlike Christ’s death, burial and resurrection.

Harges was eventually hired as a “roving listener” who “wound up spending hours sitting on people’s porches and hovering near them as they worked in their backyard gardens,” writes King. Yet unlike similar positions where the goal would be to uncover surface-level “holes” in the community, Harges is listening instead for “hints about their gifts.” “I was curious about what was good in people,” Harges says, “and that was what I was going to find out.”

The approach has been called “asset-based community development,” a philosophy that professor John McKnight of Northwestern University helped conceive. McKnight has personally visited Broadway to observe the various goings on, and he acknowledges it as an astounding success:

“What [Harges] is listening for is their gifts — ‘What has God given you?’” McKnight said. He doesn’t advocate ignoring people’s needs and problems, but rather to look first for solutions within the community itself. Later, he said, institutions and services can help.

“John 15:15 tells us that, at the Last Supper, Jesus said to the disciples, ‘I no longer call you servants. … I call you friends.’ So the final way of defining what Christianity is based on is friendship, not service. … I think Mike and De’Amon are guided by that spiritual principle.”

The new approach has led to people rediscovering and harnessing their God-given gifts, sharing in various services and activities with those around them, uncovering a renewed sense of dignity and purpose, pursuing paths to new businesses or livelihoods, and discovering an overall sense of community connectedness and flourishing.

And indeed, it shouldn’t be a surprise. As Christians who believe in a God who fashioned us with dignity, creativity, and capacity, freeing us unto love, service, and sacrifice through the gift of his own Son, it’s an approach that we would do well to heed. As resources like PovertyCure and For the Life of the World continue to proclaim and affirm, we are created to be gift-givers and image bearers, not mere consumers or objects of pity. Our stewardship, generosity, and exchanges with others ought to reflect that reality.

In Episode 1 of FLOW, Evan Koons puts the bigger Biblical story of all this in perspective, explaining how, despite our fallen nature and brokenness, God made a way to restore us to that original priesthood. “All is gift,” he reminds us.

God himself becomes a man, and the gift he offers to the Father is himself, and all of creation is in tow behind him. Once and for all he restores the way of our purpose. He restores our priesthood. We can once again offer to God our lives, our work, knowledge — everything. We join our gifts with Christ, to offer the world to the Father in love and for the life of the world. And that is the purpose of our salvation. That’s what it’s for — for the life of the world.

As we seek to alleviate injustice in the world — familial, social, economic, or otherwise — we can look to Broadway as a reminder of how we ought to approach our neighbors: not out of humanistic striving or materialistic shifting, but by affirming and stirring up the gifts of others for the glory of God and the good of the world.

As John Perkins says in Episode 4: “You don’t give people dignity. You affirm it.” 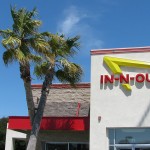 March 27, 2015
How Entrepreneurs Practice Their Faith Through Companies
Next Post 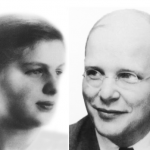 April 3, 2015 Dietrich Bonhoeffer on the Economy of Love
Recent Comments
0 | Leave a Comment
"Need an industrial appraisal company? Masterequipmentappraisers.com Industrial Auctions has experience in buying and selling of ..."
Equity Web Solutions Charles Koch’s Metaphysics of Business
"Well, I don;'t see God coming down and having a little talk with the high ..."
Medalcollector Is God Opposed to Christians Making ..."
"What a lousy article. It is amazing how the owners of this website allow this ..."
Medalcollector The 6 Elves of Capitalism
"What love? Certainly not for the human race when you look at unregulated capitalism, slavery, ..."
Medalcollector Why Capitalism Is Really About Love
Browse Our Archives
Related posts from Oikonomia