The Worst Christmas Song Ever 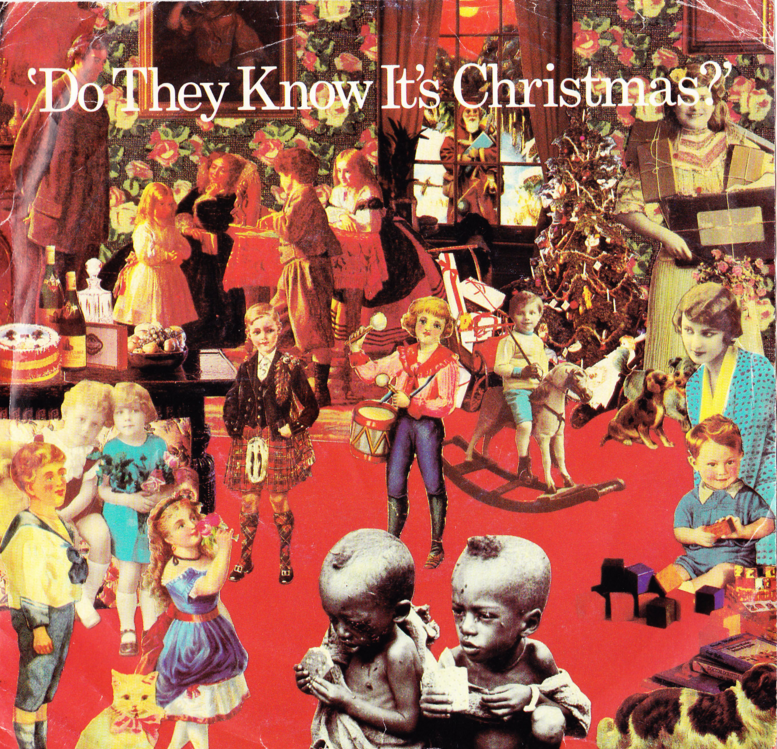 At this point in the holiday season, whether we like it or not, we’ve all got Christmas melodies echoing through our heads. Everyone has a favorite or two; I particularly enjoy the smooth sounds of Nat King Cole and Bing Crosby. But there are plenty of annoying Christmas tunes as well. One song stands out for Christmas crapulence, however, and it has little to do with the catchiness of the song.

“Do They Know It’s Christmas?” was released in 1984 as part of Band Aid, an effort organized by Bob Geldof in response to a famine that struck the east African nation of Ethiopia. The song certainly captures the spirit of the season, as its charitable aims are noble enough. The problem, however, is in how these good intentions are translated into word and deed. The song describes Africa largely as a barren wasteland, “Where the only water flowing is the bitter sting of tears.” It continues in this vein. Africa, the onetime breadbasket of the Roman Empire and home of the Nile River is a land “where nothing ever grows, no rain nor rivers flow.” The title question likewise plays into the supposed desperation of the continent. The only “Christmas bells that ring there are the clanging chimes of doom.” The response to this call is supposed to be charity from the affluent West, to “feed the world” and thereby “let them know it’s Christmastime again.”

In this depiction of Africa, “Do They Know It’s Christmas?” perfectly encapsulated the patronizing approach to international development that dominated the twentieth century and is still largely with us today. On this account, rich people in Europe and North America have a duty to help those who cannot help themselves in Africa, a place destitute not only of material resources but also spiritual and intellectual assets as well. As development economist William Easterly has argued, this attitude evinces a kind of tyrannical neo-colonialism, where the power, knowledge, and wealth lies entirely with the “First World” and those in the developing world are reduced to a kind of vassalage.

Easterly points to the view championed by Gunnar Myrdal, a Swedish economist who was awarded the Nobel Prize in Economics in 1974, the same year as the Austrian economist Friedrich von Hayek. In his acceptance lecture, Myrdal painted a picture of the “underdeveloped countries” in terms evocative of the later “Do They Know It’s Christmas?” Places like Africa had too many people, too few resources, and too little support, worried Myrdal. “In this situation there are certainly moral and rational reasons for a new world order and, to begin with, for aid on a strikingly much higher level,” argued Myrdal. As Easterly documents, Myrdal was representative of a hope placed in “the new rational planning,” in which experts in the developed world would, along with their material aid, impose the necessary technical solutions upon the Third World. The agency of those in the underdeveloped nations was often relegated to that of pleading beggars. As Myrdal put it, the UN provided a forum for their cries: “Almost from the beginning, the United Nations and its specialized agencies became now the sounding boards for demands, raised by the representatives of the underdeveloped countries, for aid from, and commercial considerations of the developed countries.”

Myrdal’s intentions are explicitly moral. He has concern for the good of those in the “underdeveloped countries.” So too does “Do They Know It’s Christmas?” exude moral conscientiousness. But just as Myrdal’s vision insufficiently captured the dignified character of the human person created in God’s image and called to exercise stewardship responsibilities and creative capacities, the Bob Geldof/Midge Ure tune caricatures Africa as a place devoid of dynamism, resources, and hope.

The new documentary Poverty, Inc. examines the NGO-industrial complex that has arisen in response to the call for “the new rational planning” on a global scale. A memorable section of the film explores the impact that “Do They Know It’s Christmas?” has had on Africa through the perspective of Magatte Wade of Senegal. This song, says Wade, “perpetuates a sentimental image of Africans as helpless.”

And it’s not just Fox’s Glee that’s reviving “Do They Know It’s Christmas?” Geldof has released a new recording of the song, this time focused on Ebola rather than Ethiopian famine. But as the Kenyan journalist Fredrick Nzwili reports, the patronizing dynamic of the original song remains. “The general feeling here is that 30 years after the Ethiopian famine, Africa has surged forward. In fact, Nigeria was able to stem the Ebola crisis without much external help,” writes Nzwili.

Recognizing, affirming, and respecting the capacities of people in the developing world is a critical component of what it means to truly promote development and solidarity. As Easterly writes of Band Aid and similar celebrity efforts, “The original ‘We’ in ‘We Are the World’ and ‘Do They Know It’s Christmas?’ did not include ‘They’ Africans.” Josh Larsen of Think Christian rightly observes that in these songs, “There is very much an us and – literally, in the lyrics – ‘them’ vibe.” A 2012 parody song and “Radi-Aid” campaign shows that it is just as absurd to think that Africans are too destitute to celebrate Christmas as it is to think that Norwegians need an influx of donated radiators. As Africa for Norway puts it, “The truth is that there are many positive developments in African countries, and we want these to become known. We need to change the simplistic explanations of problems in Africa.”

Against Myrdal, Easterly has rightly observed that this emphasis on the agency and dignity of those in materially poorer nations characterizes the contrasting approach to international development championed by Hayek. In his Nobel lecture, given in 1974, the same year as Myrdal’s, Hayek eviscerated the arrogance of those like Myrdal and Geldof who think they know better. Hayek argued forcefully against the “scientism” of those who thought that economic problems, like those faced by “underdeveloped nations,” were essentially technical problems that required the planning of experts. “I confess that I prefer true but imperfect knowledge, even if it leaves much indetermined and unpredictable, to a pretence of exact knowledge that is likely to be false,” said Hayek.

“By now Bono should know better,” says Magatte Wade. In thirty years since the original release of “Do They Even Know It’s Christmas?” the pretense of expert planning has not yet been unlearned, and that’s why this tune is the worst Christmas song ever. 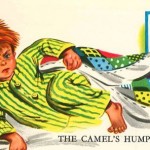 December 9, 2015
The Camel’s Hump: Rudyard Kipling on Idleness and Hard Work
Next Post 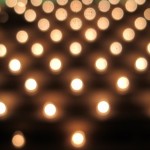