I interviewed Francesco Cesareo, the former chairman of the National Review Board, last week for Our Sunday Visitor on the completion of his eight years leading the committee that advises the U.S. Conference of Catholic Bishops on clergy sex abuse matters.

Our Sunday Visitor: On clergy sex abuse and accountability, where do you think we are now compared to where we were eight years ago?

Francesco C. Cesareo: I think that there’s been progress in terms of really understanding that this issue of clerical sexual abuse has to be at the forefront of the work of the bishops, that they cannot assume it is a historical event that is done with and occurred in the past.

Cesareo, the president of Assumption College in Worcester, Massachusetts, also went into the progress made on holding bishops accountable, the changes that he believes still need to be made to the Dallas Charter, as well as the reasons he sees for why a culture of accountability may not yet have taken root in some parishes or schools.

During our discussion, Cesareo also commented on a few topics that I didn’t have the space to include in the above-linked OSV interview. Below are some of the unpublished, on-the-record remarks from the interview.

On whether the present Code of Canon Law is an obstacle to instituting the reforms Cesareo would have liked to have seen with Vos Estis, the motu proprio issued last year by Pope Francis on bishop accountability.

“Canon law has been often a roadblock. Different canonists interpret canon law differently. Some canonist say canon law doesn’t prohibt X, Y or Z while others would say yes it does. I think there has to be a real assessment of what’s permissible within the realm of canon law that would not be a roadblock but would be an opportunity for meaningful reform going forward.

I think that looking at ways in which canon law – which is obviously a major undertaking, and one that is not specific to a particular episcopal conference but is the universal law of the church and something that would have to be done at the level of the Vatican….

While canon law can be a roadblock, canon law can also been seen as an opportunity whereby on the local diocesan level, through codes of conduct and diocesan policy, there are areas that perhaps cannot be universally applied, can [still] be applied on the local level.

So, I don’t see it as a complete obstacle. I see it as more of a roadblock where things can still be changed on the local level through diocesan codes of conduct and policies, where canon law would not be a block.”

Despite the flaws he saw in Vos Estis’ metropolitan model, Cesareo saw the motu proprio as a step in the right direction.

“There is a process that is very clear. It’s only been put in place a few months, so it is new. I don’t believe it has been actually put into practice, and what I mean by that is I don’t think any allegations have come forward against current or retired bishops where this process is actually been employed. Time will tell.

It’s a three-year experiment, and hopefully in these three years we’ll learn something about the effectiveness of this process and if the process is not as effective as it is hoped to be, I would hope that the bishops would revisit it and improve upon it going forward. It’s still too early to tell because that process has only been in place a few months.”

As a college president, Cesareo spoke about the sex abuse crisis being a barrier for young adults from taking the faith seriously.

“It leads to questions on the part of young people. What I’ve seen is a level of frustration, a sense of what can they do that’s going to have a meaningful impact so that the Church can deal with this in a way that can restore trust and credibility. It is a problem and I think particularly the McCarrick situation and the subsequent grand jury reports in Pennsylvania and other parts of the country has really impacted the Church in a way that will take a couple of generations to recover from.

If we put our faith in Christ and the gospel, we can, we should and we must continue to engage in the life of the Church because meaningful reform only occurs from within; it never occurs from without. Helping young people to recognize that while the Church isn’t perfect, it’s never going to be because we’re on a pilgrimage; it’s a pilgrim Church. Our role and our responsibility is to help the Church to become a better institution despite its flaws because we ourselves are individually-flawed. If we use our gifts and talents and put them at the service of the Church, then we’ve assumed our co-responsibility as laity in the life of the Church, and I think that’s important.”

About Brian Fraga
Brian Fraga is a Catholic journalist who writes as a contributing editor for Our Sunday Visitor, a staff writer for Legatus Magazine, a correspondent for the Rhode Island Catholic, and a contributor to other publications that include Columbia Magazine and Catholic News Service. You can read more about the author here.
Previous Post 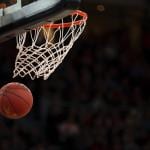 July 5, 2020
"That Was God disguised as Michael Jordan." A Reflection on "The Last Dance."
Next Post

July 17, 2020 Racial Justice Has a Price, but Are Catholics "All Talk" on Combatting Racism?
Recent Comments
0 | Leave a Comment
Browse Our Archives
Related posts from On the Catholic Beat