“We’re on the Brink”: Cardinal says Fratelli Tutti is Needed Now for a World in Crisis

I covered a virtual panel dialogue this week for Our Sunday Visitor where several panelists offered their initial reflections and impressions of Fratelli Tutti, Pope Francis’ third encyclical that he released Sunday on the Feast of St. Francis of Assisi.

One of the panelists, Cardinal Michael Czerny, SJ, the undersecretary of the Migrants and Refugees Section of the Dicastery for Promoting Integral Human Development, made some striking comments early on. As I reported for OSV:

Speaking Monday, a day after the document’s release on the feast of St. Francis of Assisi, Cardinal Czerny drew parallels between Pope Francis’ third encyclical, which he signed amid the coronavirus pandemic, rising nationalism and growing political animosity, Pope Pius XII’s Christmas messages during World War II and Pope St. John XXIII’s encyclical Pacem in Terris (“Peace on Earth”), which he released in April 1963, six months after the Cuban missile crisis.

“I think you need to recover that feeling in your stomach, in your whole being, to appreciate Fratelli Tutti,” said Cardinal Czerny, who added that the world needs to “hear a message comparable” to what it heard during crises such as the Sept. 11, 2001, terror attacks or the global financial crash of 2008.

“We’re on the brink,” the cardinal said. “We need to pull back in a very human, in a very worldwide and in a very local way.”

Some of the very real serious problems the world is facing, as the cardinal and other panelists noted, include rising nationalism, populist demagogues who exploit people’s fears and frustrations, growing political polarization and deepening partisan divides, and the coronavirus pandemic.

The moderator, Kim Daniels, the associate director of Georgetown University’s Initiative on Catholic Social Thought and Public Life and a member of the Vatican Dicastery for Communication, echoed a similar sentiment as Cardinal Czerny, adding that “Pope Francis has brought the Gospel and Catholic Social Teaching, with its priority for the poor and the marginalized, its focus on solidarity, community and interconnectedness, to this pivotal moment.” 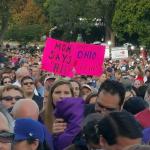 October 4, 2020
Five Years Since His U.S. Visit, Pope Francis Presses On
Next Post 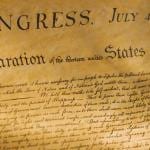 October 6, 2020 Georgetown Scholar in The New Yorker: The Catholic Right is Embracing Autocracy
Recent Comments
0 | Leave a Comment
Browse Our Archives
Related posts from On the Catholic Beat