The dust is still settling at the Eternal Word Television Network with its recent programming lineup changes, but a couple of its former journalists who just left the company have already turned the page.

We want The Pillar to be a different kind of journalism.

At The Pillar, we aim to take seriously the issues in the Church, and we aim to do so in a way that respects the complexity of the Church’s cultures, doctrine, history, and institutions. We look for answers, instead of driving an agenda, a foregone conclusion, or a partisan narrative.

Flynn, who worked as a canon lawyer before taking the helm at CNA in 2017, also writes that The Pillar – a name laden with Biblical imagery – will aim “to serve the Gospel” through investigative journalism, doing deep dives and longform journalism into “issues that matter” and not operating as much in the 24/7 news cycle that demands a never-ending supply of copy and video.

“It’s our belief that this kind of reporting is a way to help the Church and her members face real challenges, and offer them to Christ for transformation,” Flynn writes.

Condon, himself a trained canon lawyer, also wrote an analysis today for The Pillar on Vatican reform and Cardinal Pietro Parolin, who heads the Vatican Secretariat of State. Flynn and Condon also already have a podcasts, continuing a practice that both collaborated on when they were at CNA.

Flynn, who wrote another analysis today on who President Joe Biden may select as the next US ambassador to the Holy See, and Condon also promise subscribers that they’ll receive twice-weekly newsletters, “with links to analyses and explainers,” along with a weekly podcast.

Of their work for The Pillar, the founders say:

“We’ll be reverent, but not sanctimonious. Prudent, but not prudish. We don’t think Catholic journalism has to be cloying or puritanical, because we don’t think the Christian life should be lived that way. We believe in truth, and we believe that the Church is founded by Christ and lived as a society. We live in that society, and believe its life is worth reporting well.”

You may not agree with everything you read, but for Catholics, and even non-Catholics, who are interested in Catholic affairs, it would be wise to bookmark The Pillar in your browser. 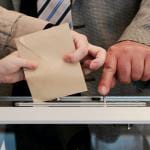 January 11, 2021 After the Mob Violence at the U.S. Capital, Catholics Must Recommit Themselves to Truth, Charity and Democracy
Recent Comments
0 | Leave a Comment
"Religious women have as much right to vote as anyone else. The idea that anyone ..."
Richard W. Comerford Women Religious Are Speaking Out Against ..."
"The various historical incidents should have appropriates statute of limitations applied before reparations are discussed.Your ..."
bill wald Bishop Robert Barron and Critical Race ..."
"This is from the book, "Critical Race Theory: an Introduction" which is written by two ..."
Anonymous Bishop Robert Barron and Critical Race ..."
"There is a lot of misinformation about CRT, and this article perpetuates that misinformation. Most ..."
Anonymous Bishop Robert Barron and Critical Race ..."
Browse Our Archives
Related posts from On the Catholic Beat