The Eternal Word Television Network didn’t come out and say it outright.

People who read the Catholic News Agency’s rewritten press release Wednesday on EWTN’s new lineup of programming for 2021 were only told toward the end of the third paragraph that a newly expanded Son Rise Morning Show “will replace Morning Glory in the radio lineup.”

In newsroom parlance, that’s called “burying the lede,” or putting the most newsworthy item further down in a story then it should be. It’s a mistake rookie reporters do, but it is a tactic sometimes used by public relations professionals who try to play down or write around controversial issues that may cast their organizations in a bad light.

I don’t know if the EWTN communications shop was trying to avoid a firestorm in how it worded the press release, but either way, it didn’t work. People were smart enough to read between the lines, and Catholic Twitter immediately lit up with the news that EWTN was dropping Purvis’ show. Chris White at the National Catholic Reporter wrote about Morning Glory being pulled from the airwaves.

Elizabeth Bruenig, the opinion writer at the New York Times who profiled Purvis in a piece earlier this year on how the Catholic Church in the United States has been wrestling with the Black Lives Matter movement, tweeted at EWTN to ask what was going on.

Hello @EWTN I am curious as to why @gloria_purvis‘ show was cancelled. Could you fill us in?

The news didn’t surprise many familiar with the story. In June, EWTN’s largest affiliate, Texas-based Guadalupe Radio Network, dropped Morning Glory after listeners began complaining about the “tone” of Morning Glory ever since Purvis began talking about issues of police brutality and systemic racism in the wake of George Floyd’s death.

I wrote about Guadalupe Radio Network’s move at the time. EWTN officials told me and Purvis that nothing had changed as far as they were concerned, and that they were standing by Purvis.

EWTN may be a non-profit, but it still operates as a business, so it’s not surprising on one level that the Catholic network would move to cancel a show that since the summer has not been broadcast in its biggest affiliate’s radio markets.

But it is still a public relations problem, to say the least, for EWTN in its move to cancel the voice of a high-profile Black Catholic woman who provided an important perspective on race issues for a Catholic audience. As the calendar turns to 2021, the national reckoning with racism that began with Floyd’s death is not going to end. The Catholic Church in the United States cannot avoid the issue the way it did with chattel slavery before the Civil War.

There also seems to be some political calculations going on at EWTN, which fair to say has always been to the right of center in ecclesial affairs, to borrow from political terminology. But since the election of Pope Francis in 2013, and accelerating through the Trump years, more of a distinct right wing American political ideology has been reflected in some of the network’s public affairs commentary and news programming. Heidi Schlumpf at the National Catholic Reporter did a well-reported series last year on that trend, “The Rise of EWTN: From Piety to Partisanship.”

In this election year, especially, some of the higher-ups at EWTN appeared to go all-in to reelect President Donald Trump. EWTN CEO Michael Warsaw wrote a publisher’s note in the National Catholic Register that essentially endorsed Trump, and then wrote a follow-up note after the election with a seething tone toward Catholics who pulled the lever for President-Elect Joe Biden. Raymond Arroyo, the anchor of EWTN’s The World Over show who has a steady side-gig at Fox News, essentially acted as a surrogate for Trump’s reelection campaign.

It’s no secret that racism is not a welcome topic of discussion in the Fox News conservative media universe that EWTN is increasingly mimicking. In that universe, frank discussions of systemic racism rarely happen, if ever. What the audience instead hears is that Black Lives Matter socialists are hell-bent on destroying the American way of life, and that racism isn’t really that big of a problem anyway.

I know several good people and journalists at EWTN who understand and have written about the severity of the racism in our country. The Catholic audience in the United States needs to hear those important stories and perspectives. It does conservative white Catholics no service for Catholic media executives to pander to their personal ideologies and shield them from inconvenient topics that may challenge their views.

As for Purvis, she’s taking the high road, as usual. She took to Twitter and says she is looking ahead to what God has in store for her in 2021.

I look forward to 2021 and all the opportunities God is sending my way.

The outpouring of support and well wishes is humbling. I thank all of you for that.

I will continue to spread His message and serve Him as an authentic, faithful Catholic. 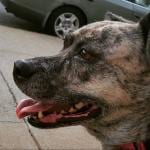 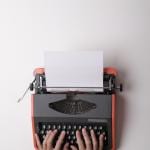