Bishop Robert Barron, the well-known auxiliary of Los Angeles who founded the Word on Fire media apostolate, went on Reddit this week for his third AMA, “Ask Me Anything.”

The bishop responded to all sorts of questions related to faith, pop culture and theology, among other topics.  It was his response to a question about racism and critical race theory that caught my attention – and that elicited some heated responses on Catholic Twitter.

“I completely subscribe to the view that social injustice should be fought whenever and however it raises its ugly head,” Bishop Barron said to one “redditor.” He added: “Racism, sexism,, oppression of the marginalized, etc. should never be accepted in any form. Having said that, I’m not a fan of CRT. I am deeply suspicious of its philosophical underpinnings in Nietzsche, Marx, Foucault, and Derrida. I don’t agree with the antagonistic social theory that it proposes; I don’t think we should analyze society purely in terms of power relationships. I don’t like programs of collective guilt. I believe in equality of opportunity, but not forced equity of outcome.”

I tweeted the bishop’s response during the Reddit AMA, and later mentioned it in a story I wrote for Our Sunday Visitor.

The general issues that people had with Bishop Barron’s answer was that he misrepresents critical race theory and attributes it to philosophers whose thinking have nothing to do with CRT. The critics also said this is part of a pattern of Bishop Barron demonstrating a huge blind spot on today’s racial justice movement, as evidenced by him going on right-wing platforms like The Babylon Bee and meeting with conservative commentators like Jordan Peterson and Ben Shapiro to blast “wokeness” as “a vile movement.”

Bishop Barron told another redditor that he will speak to anybody to advance the Gospel, that he has also spoken to liberal venues, and in doing so he often angers those on the left and the right. He has indeed at times drawn the ire of traditionalists, in particular for his musings on the hope that hell could be empty, i.e. that God wills that everyone be saved. The “trad” vitriol on social media was such that the bishop had a meeting with Catholic media outlets to raise his concerns.

The responses I saw on Twitter to the bishop’s point was that he does the occasional “token” appearance in left-leaning venues, but that the majority of his time and energy is placed in speaking to white-majority, conservative audiences. One 40-minute podcast guest appearance in America does not balance out his right-leaning media appearances, the critics argue.

“The difference between a ‘critical’ theory of race and an ‘uncritical’ theory of race simply means the difference between the biological theory of race and a sociological one,” Rocha said. “The critical theory of race is one that opposes the uncritical one that said that there are x number of races in the world.”
“Opposing the biological and racist race sciences of the 19th century, and focusing on a sociological theory instead, is not new or difficult to do,” Rocha added. “It does not come from prior theoretical sources. In fact, W.E.B. Du Bois, who first advanced this critical theory of race, used the expression ‘the color line’ which he took out of racist concerns about Black enfranchisement and voting rights –i.e., how to keep the Freedman from crossing the color line.
“When the legal theorist Derek Bell founded Critical Race Theory in the 1970s, he did that work by studying case law in the US and documenting all of the cases and laws that pertained to race from Emancipation to the civil rights laws of the 60s. His concern was that the same color line would be invoked under a new name after civil rights, just as Jim Crow had replaced the abolition of slavery. He took this approach to the law for the first time and inspired others to do the same. That conversation continues and also owes many debts to Du Bois and other predecessors, but nowhere whatsoever does a critical theory of race or Critical Race Theory emerge from German or French theoretical foundations.
“The foundations of antiracism are within the Black intellectual tradition built in direct response to the struggle of Black Americans. If Barron takes issue with these foundations, he ought to present his arguments, but it is fiction to claim that they emerge from the secret roots of Marx, Nietzsche, Foucault, and Derrida. For one, those thinkers do not agree with one another but more importantly, there is no evidence that they played any significant role in Du Bois’s thought of 1903 (predating Foucault and Derrida) or Bell’s work of 1973. This account is a well-known lazy intellectual history most famously and recently adopted by Jordan Peterson, and I suspect Bishop Barron has taken it out of hand as gospel, which is embarrassing and unfortunate.”
Previous Post 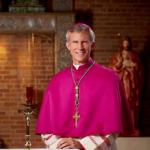