The internet has been down 1/2 the day here in Kodiak … and, when running, has provided ample frustration. After several attempts to put up the final pics, those that would be first here … and the method failing, I gave up. Anyway, here’s some more from the other day’s pilgrimage to Monk’s Lagoon. 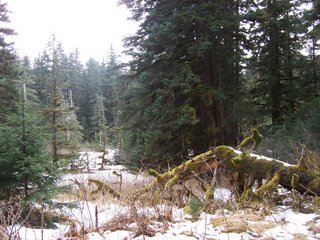 Here’s a pic of the forest leading to the Chapel of Saints Herman and Sergius of Valaam. As beautiful as it may seem, pictures just aren’t able to do justice to this amazingly enchanting forest. 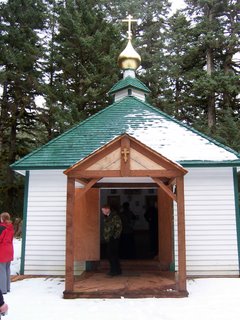 This is Ss Sergius & Herman of Valaam Chapel where the body of St Herman used to rest. 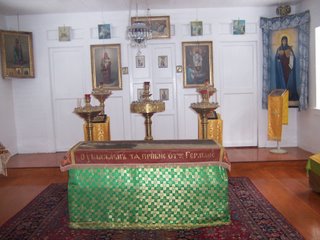 This is the place where the body, the relics, of the Saint used to lay. 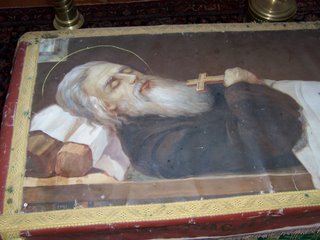 There is now an image [epitaphios] of St Herman at the former resting place. 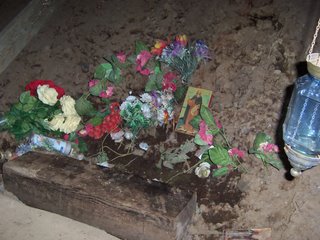 Prior to being moved upstairs into the chapel, St Herman’s holy body had been buried under the chapel. In other words, the chapel was built over his grave (which, as mentioned in an earlier post, was the Saint’s second interment). Today, you can crawl under the building into the small crawl space and reverence the holy spot and, obviously, take a picture. As also mentioned in a previous posting, St Herman’s relics are currently enshrined at Holy Resurrection Cathedral in Kodiak. Someday, when there’s a sufficient monastic presence and a secure structure, his body will return to Spruce Island and the Ss Sergius & Herman of Valaam Chapel. 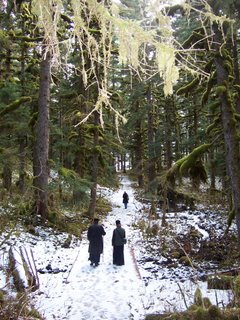 Pilgrims returning to the shore … 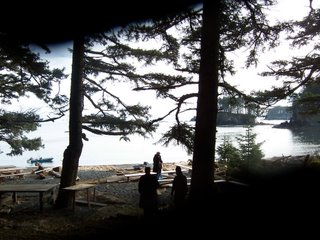 … and waiting for the skiff. (Pardon the shadow of my gloved finger at left.) 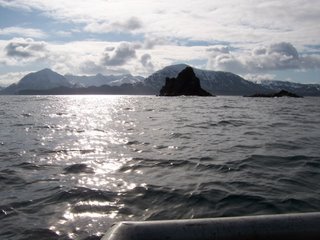 This is Monk’s Rock, out in the midst of the ocean, where St Herman would often go for “retreat.” 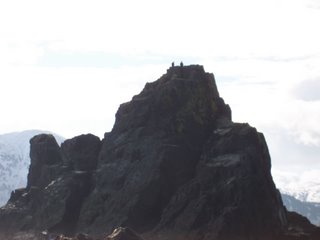 A closer view of Monk’s Rock. See the two eagles sitting up top? 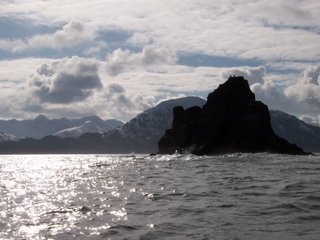 This will be my last posting from Alaska. I return to the Lower 48 tomorrow. However, God willing, by week’s end, I’ll post pics of St Nilus Island and the women’s monastic community there.

Soon to come: a photo report on St Herman Seminary.

Thank you for your prayers.

Jesus and the 2 Heavens: Which Do You...
Do you believe in a place called heaven? If you were raised...
view all Eastern Orthodox blogs
What Are Your Thoughts?leave a comment
Copyright 2008-2021, Patheos. All rights reserved.