The following pics were taken at the “Mother Church of North America,” Holy Resurrection Cathedral, Kodiak, Alaska, on March 23rd. 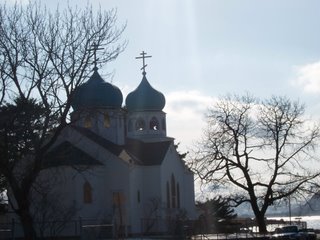 This is the back side of the Cathedral looking toward the water.

This is the icon of St Herman which adorns the iconostasis just above his holy relics. 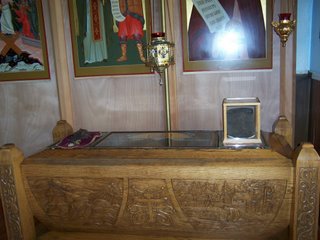 This is where the body of St Herman rests. You can read aobut St Herman of Alaska … H E R E. 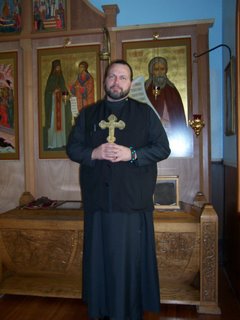 Standing before St Herman’s relics, I’m holding the hand blessing Cross that the Saint used in his reader services. 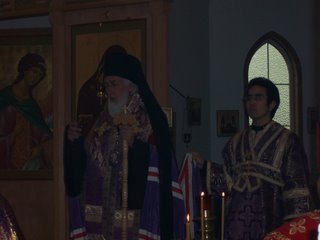 The first evening I arrived in Kodiak, I was blessed to attend their weekly Akathist to St Herman … complete with the Bishop of the Diocese of Alaska (OCA), NIKOLAI, presiding. His Grace even opened the reliquary so that we could reference the body of St Herman. 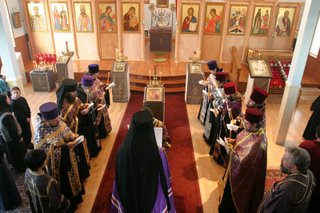 Here are the clergy, flanking Bishop NIKOLAI, during the Akathist to St Herman. (That’s me to the Bishop’s left across from the Dean of St Herman Seminary, Archpriest Chad Hatfield.)

Everyday Life
It is the simplest of paradoxes: You can’t see what you are...
view all Eastern Orthodox blogs
What Are Your Thoughts?leave a comment
Copyright 2008-2021, Patheos. All rights reserved.