A TATTERED STARS AND STRIPES 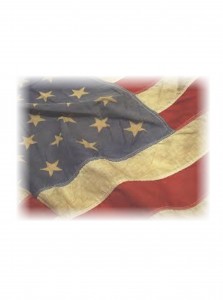 With the holiday weekend in full swing it’s a good time to contemplate the American experiment. Consider what it is we are celebrating and how our history both has impacted the world and will affect it in the future.

As a nation we are not well versed in the ability to conduct an honest historical self-evaluation. At every corner of American history there are platitudes that whitewash historical truth. From the destructive colonization of 500 nations of indigenous peoples, to the mass importation of slave labor to the scourge of the manifest destiny doctrine, our history paints a dismal picture of genocide, violence and attempts at world dominance.

Before people jump to the conclusion that these are historical polices and institutions that have little relevance in our modern culture, lets remember that there are today, Native Americans alive who were ripped from the arms of their parents and sent to what were essentially re education schools, stripping them of their language, culture and pride. The process continues.

Wealth abounds in this country as a legacy of our collective history of slave labor. Companies across the country, if you trace the rise of capitalism, were founded upon the “BLOOD MONEY” of slavery.

Through out the third world, American companies have ridden rough shod upon the rights of indigenous populations. Entire nations have been ravished for their wealth and resources, while American corporate fat cats bathe in wealth dirtied by the environmental and cultural destruction their actions cause.

The Americans, leading the push for globalization, handed the wealth of our planet into the bank accounts of an elite few, literally taking the food out of the mouths of millions of children. Western consumption culture, lead by America, has enslaved entire cultures in the chocolate industry and in the diamond mines of Africa. Around the world similar stories abound.

The point here is not to hate America, but instead, clearly state that American platitudes like, “Land of the Free” “Leader of the free world” etc… will always ring hollow, for those really willing to learn history, until our nation decides to face its’ history. Our children are still being taught a history that minimizes the harm that our actions have inflicted upon its’ own people and indeed, the world.

We would all benefit from an honest retelling of American history that does not indoctrinate the next generation with American exceptionalism and capitalist propaganda.

There are many things for Americans to be proud of;

Our whitewashing of history is not one of them. 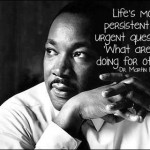 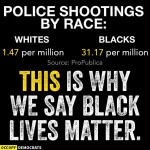 July 9, 2016 A Lack of Empathy In the Face of Violence
Recent Comments
0 | Leave a Comment
Browse Our Archives
get the latest from
Pagan
Sign up for our newsletter
Related posts from Pagan In Paradise

Foundation: Feet Planted. Eyes Focused. Intention Strong.
Foundation is important. Our paths include principles, rituals, or beliefs that hold...
view all Pagan blogs
What Are Your Thoughts?leave a comment
Copyright 2008-2020, Patheos. All rights reserved.