A Lack of Empathy In the Face of Violence 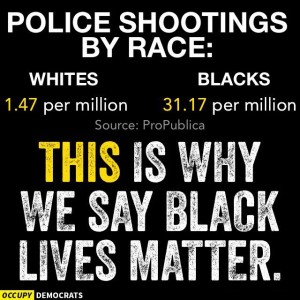 It has taken me some time to process my feelings about the events in Dallas. As a life long Firefighter / EMT who proudly wore a badge, most would suspect that I would have an empathetic reaction to the murder of police officers; that I would join millions of Americans in shock and dismay at the clearly horrifying violence. Of course, I do oppose violence, and believe that the shooting’s are wrong, but here is the rub; in truth I don’t feel a thing. I watch and ponder the incredible complexity of events that have lead to this moment in history and wonder how so many now grieve when these same people ignore the deaths of so many people of color at the hands of the police.

Clearly there is only one person responsible for these violent actions, the shooter him self. This person robbed six families of dear loved ones. Responsibility being assigned to this one obviously extremist individual however, is only a minor piece of the puzzle that makes up this complex situation.

For years now the African American community has been seeking legitimate redress for the pattern of violence by police towards people of color. At every turn, our nation has responded with distraction, white washing and blatant increased oppression in the face of the message of Black Lives Matter.

These events brought to mind a line from the Declaration of Independence:

“In every stage of these Oppressions We have Petitioned for Redress in the most humble terms: Our repeated Petitions have been answered only by repeated injury. A Prince, whose character is thus marked by every act which may define a Tyrant, is unfit to be the ruler of a free people.”

What has been eating at me is not responsibility for the single act of violence but the issue of complicity. What societal actions and conditions lead to an extremist picking up a gun to commit violence? The only reasonable answer is ongoing and unaddressed oppression

People of Color are being killed by police at a rate that is many times the rate of police shooting white people. Today I am considering the complex network of complicity in this violence.

To those who have supported the “white washing” and dilution of the message of Black Lives Matter with the slogan #alllivesmatter, you are complicit in the murder of these police officers.

To those who benefit from the abusive cycle of “revenue policing”, which disproportionately traps poor people of color in a pattern of fines, job loss, jail and the disability of criminal history. You are complicit in the murder of these police officers.

To those who have attacked the credibility of Black Lives Matter with false accusations of violence you are complicit in the murders of these police officers.

To those who have supported the criminalization of the Homeless, a population that is disproportionately made up of people of color, you are complicit in the murder of these police officers.

To those who support the #bluelivesmatter movement, appropriating the language of a social justice movement in order to repress it, you are complicit in the murder of these police officers.

We need a conversation about police violence in this country, about people of color being the focus of the violence and the sad lack of empathy from white America in the face of an average of 15 people per week being killed by police.

When oppression given voice is responded to with minimization, deflection and further oppression the victims will eventually take up arms in their own defense.  It is not a matter of if we support such action, but a question of if we are going to realize the political reality and respond with compassion, open discussion and an adjustment of our national approach in establishing social justice in time to prevent further violence.

Maybe it’s time we again embrace the truth of words of our founding document and find a way to abolish our culture of oppression without further violence; the alternative is unthinkable!

We hold these truths to be self-evident, that all men are created equal, that they are endowed by their Creator with certain unalienable Rights, that among these are Life, Liberty and the pursuit of Happiness. That to secure these rights, Governments are instituted among Men, deriving their just powers from the consent of the governed, — That whenever any Form of Government becomes destructive of these ends, it is the Right of the People to alter or to abolish it, and to institute new Government, laying its foundation on such principles and organizing its powers in such form, as to them shall seem most likely to effect their Safety and Happiness.

MAY WE FIND A WAY TO DO SO PEACFULLY! 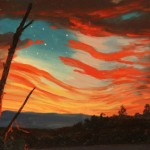