I have a lot of time for Humanism. It is an enlightened, moral philosophy that supports the ideas of liberty and freedom of worship in society through secularism. I am delighted that Humanistic Paganism exists as one of the many Pagan paths, and I would consider my practice to be somewhere on the Humanistic Pagan spectrum.

Like all great philosophies, Humanism has no single form and there is plenty of room for debating Humanism’s ideals (which is very much in line with Humanist thought on free speech and intellectual exchange). And one point where I find myself in disagreement with some Humanists is the idea that environmentalism is anti-Humanist.

By no means all Humanists hold this view (indeed, some of the most vocal and active environmentalists in the Pagan community are Humanistic Pagans). But there are some Humanists who do. They see environmentalism as a misanthropic form of dogma designed to keep humans under control. Sociologist Frank Furedi expresses his opposition to environmentalism in the context of Humanism as follows:

“Many influential theories – intelligent design, Gaia theory, chaos theory – self-consciously seek to make the human subject marginal. And yet, the humanist critics of religious obscurantism such as creationism are oblivious to these more influential tendencies which regard human beings as just another species.
The influence of environmental determinism is especially striking. In this worldview, human beings are assigned a minor and undistinguished role in the general scheme of things. It is argued that any attempt by people to gain control over their destinies is likely to be undermined by the forces of nature. Moreover, the very attempt to control nature is described as the act of a destructive species that does not know, or refuses to accept, its place in the natural order. Instead of celebrating man’s efforts to transform nature, history and civilisation have been recast as a story of environmental destruction. From such a standpoint, the application of reason, knowledge and science can easily be dismissed as problems since they help to intensify the destructive capacity of the human species.”
– Frank Furedi, “Putting the human back into humanism,” spiked

I have a lot of respect for Frank Furedi and spiked magazine’s commitment to free speech, including the exploration of controversial topics and opinions. But that doesn’t mean I share all of their views, and I do not agree with their view of environmentalism. Not only because I think that protecting our Earth transcends ethical and spiritual concerns, but also because it is an fact a Humanist concept itself: A concept that stresses the importance and dignity of humanity.

When we talk about protecting the environment, we are talking specifically about the environment that human beings live in now. In other words, the world that is the right temperature for us, has plenty for us to eat and drink, has all the animal, plant and mineral resources we need to live pleasantly, and is filled with many beautiful and fascinating forms of life that bring us joy. In other words, when we talk about environmentalism, we usually approach it from an anthropocentric perspective.

If we cut down all the trees and deprive the land of oxygen, or cause the climate to change to such an extent that entire species are wiped out, or cause the ocean levels to rise and cities to disappear beneath the waves, or get wiped out by disease, or even if we get into another World War and nuke the human race into extinction, life will go on. Mass extinctions have happened many times on this planet, and they will inevitably happen again – old species die out, and new species replace them. Indeed, when life first appeared on planet Earth, the conditions were such that humans could never have survived; other life forms had to die out for us to live. The key thing to remember is, if we destroy our environment, life will go on – but it will be different life to what we’re used to. And it almost certainly won’t be human life.

To put this into Pagan-esque terms, I do not believe Mother Earth can really die. She will simply change form, into something as alien to us as the planets Venus or Mars. She will cease to be our Mother, and will become the Mother of species that can survive in a world no longer inhabitable by humans.

There’s a good reason why many cultures depict the deities of the Earth and nature as human beings. It’s because we are human beings, and we are perfectly adapted to inhabit the world in its current state – in this way, the Earth truly is our Mother. When we say we want to protect the environment, we mean this world that includes us. We do not care about the extinct ecosystems of the past, or even the possible ecosystems of the future that could exist in a world rendered uninhabitable by humans – who knows, perhaps a post-apocalyptic Earth would harbour even more beautiful and wondrous life forms than Earth now? But that is not our concern. What we should care about is preserving our current home, the Mother Nature that we know and love, the world in which we human beings can live happily. And that’s about the most Humanist and anthropocentric world-view I can conceive. 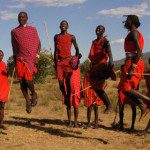 April 14, 2016 The Need for Human-Friendly Conservation
Recent Comments
0 | Leave a Comment
Browse Our Archives
get the latest from
Pagan Tama
Sign up for our newsletter
POPULAR AT PATHEOS Pagan
1