I have a modest proposal for you. Let’s make a law to ban high heels. 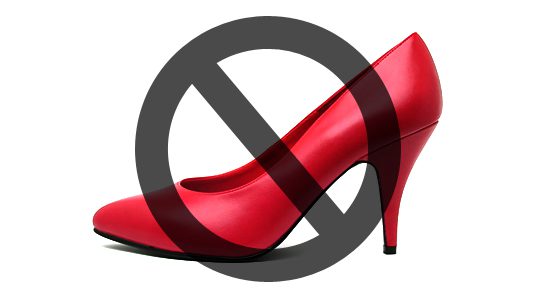 Yes, I think wearing high heels in public should be forbidden and women who choose to wear them in public should be fined, and be arrested if they refuse to remove them immediately. High heels are a symbol of a backward culture that oppresses women, not to mention the discomfort they cause to the wearer. As a wearer of flat heels myself, I feel deeply uncomfortable seeing other women tottering about in high heels on the street. They’re offensive. Women need to be banned from wearing them for their own good because they are incapable of coming to the decision not to wear them on their own; they only wear them out of fear of social stigma because (mostly male) authority figures tell them they should wear them. For the sake of a more tolerant, inclusive and enlightened society, let’s punish all women who wear high heels with the full might of the law!

… Sound ridiculous? Of course, I am not serious. But these arguments have all been used to justify laws that have been proposed or implemented in European countries to ban certain items of clothing worn by Muslim women. Recently, the country that has attracted the most attention for such laws is France.

In 2010, France implemented a ban on the wearing of face coverings in public, including the burqa and niqab – both of which are full face veils worn by some Muslim women. The main argument in support of this law is that public facial coverings can pose a security risk; it is true that non-religious coverings such as balaclavas and zentai suits are also forbidden under this law. (At this point, I wonder where the Green Man mask I wear at Beltane would fit into this law?)

But this month, a trend has emerged that suggests that Muslim women are being specifically, and increasingly, targeted by French law. One by one, towns in France have begun banning the burkini from public beaches. The burkini (or burqini) is a form of swim suit that enables women who wish to conform to Muslim standards of modesty to enjoy the pleasure of swimming. Unlike the burka or niqab, the burkini does not obscure the face in any way. In fact, it looks rather similar to any ordinary wetsuit you might see at the beach with an added hood. The world was shocked when photographs recently emerged showing armed police forcing a woman to remove her burkini in front of her crying daughters. Why was her burkini considered an offence in the eyes of the law? According to the woman’s ticket, it was because her burkini was not “an outfit respecting good morals and secularism.”

I have long considered France an enlightened country. In my opinion, one of its greatest achievements is its long history of laïcité – secularism, the separation of church from state. France is one of the most secular nations on Earth. Government policies in France must not be influenced by religion; and in turn, the government cannot involve itself in religious affairs. The principle behind laïcité of this kind is respect for freedom of thought and freedom of religion. This truly is progressive thinking, and it is something that all nations should strive towards.

So where has it gone wrong?

Somewhere along the line, France seems to have forgotten the main key word in the guiding principle behind secularism – freedom. Separating religion from state is about giving people the liberty to choose how they live their lives for themselves. But laïcité has been moving further and further in a different direction. Rather than affording people with greater freedom to practice (or not to practice) the religion of their choice, this new form of laïcité seems hell-bent on obliterating religion from the public sphere. In 2004, France went one further from outlawing religious teaching in schools – it banned all forms of conspicuous religious symbols in classrooms, including Christian crosses, Sikh turbans and Muslim headscarves of all kinds. At the time, the ban caused concern among a large number of groups and individuals, especially those who suspected the law to be targeting Muslims (to the extent that a Muslim girl was sent home simply for wearing a long skirt that was interpreted as an “ostentatious sign” of her commitment to Muslim modesty). And now we have scenes of women being forced by police officers to undress for the crime of being too modest at the beach. The ideology of the secular state has eclipsed its original purpose of protecting personal liberties. Secularism is now enforced for the sake of secularism. It is a form of anti-religious conservatism. It is secularism turned fundamentalist.

I still believe in secularism . I believe that countries such as the UK and the US should strive towards separating church from state in order to guarantee freedom of religion and freedom from religion to all people. Freedom is perhaps our most precious right of all; I would almost go as far to say that freedom is a core Pagan value. In a secular state as I see it, you do not need to make laws banning items of clothing in order to prevent women from being coerced into wearing them: a secular state should ensure that the woman’s freedom to choose what she wears is guaranteed by law. Conversely, forcing a woman not wearing an item of clothing is surely just as draconian as forcing her to wear it. 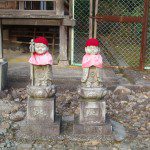 August 14, 2016
A Blessing for the Festival of the Dead
Next Post 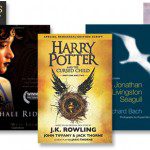 The Corner Crone: Reclaiming a Solitary Practice
I’m in the process of reclaiming my Solitary Practice, spooling it out...
view all Pagan blogs
What Are Your Thoughts?leave a comment
Copyright 2008-2020, Patheos. All rights reserved.