. . . . Bloggers writing about misappropriation and what gods are off limits to Pagans has me in a philosophical mood about the nature of deity. More to come . . . .

There’s a natural tendency to think of the gods as old, perhaps even as eternal and changeless, but the worship of deity has always been one of evolution. Some gods change, adding attributes and characteristics that stand in stark contrast to how that god was originally worshipped. Other gods get swept up in the flow of history, their worship perhaps absorbed by the name of another deity, and others are lost entirely, until they are no more than a forgotten name or artifact to an unknown deity. Gods rise, gods fall, gods are created, and gods are recreated.

About a month ago before a ritual at my house a friend of mine asked me “just how many statues do you and Ari (my wife) have of Aphrodite?” I stopped to think about it for a moment and eventually came up with the number eight, though that could have been an under-estimate. My wife and I love Aphrodite, she’s the goddess par excellance of our household, and my wife often speaks to her much like I speak to Pan, which means in a very personal and straightforward manner. I’m sure there are people who see our devotion to Aphrodite as perhaps a bit silly. After all, in a lot of Greek mythology she wasn’t taken all that seriously. She’s not a huntress like Artemis or a scholar like Athena, and often seems to be more about pleasure and superficial qualities than serious pursuits.

Beyond the realm of mythology Aphrodite stands as a complex and empowering figure. Her origins lie on the island of Cyprus where she was originally worshipped as a bird goddess alongside a male lord of animals. That early version of Aphrodite, whose name has been lost to history, was a goddess of birds, childbirth, sex, and perhaps even war as bronze was sacred to her. (Warfare and battle would also be seen as sacred to later versions of Aphrodite, especially on the island of Cythera and in the city-state of Sparta.) 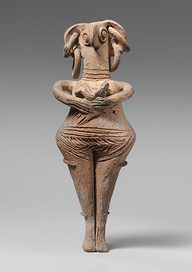 Cyprus, as an island nation, was settled by three diverse groups who all left a mark on the goddess that we would come to know as Aphrodite. The island’s first inhabitants worshipped her as described above. When people from the Middle East colonized the island they added bits and pieces of goddesses like Inanna and Astarte to the stew. When the Greeks eventually colonized the island they added their own traditions to the Cypriot Bird Goddess, gave her some additional mythology and a Greek name, and voila-Aphrodite! (1)

Sort of voila, because the worship of Aphrodite was always uneasy in many parts of Greece. Aphrodite was a goddess of freedom and because of that attribute was seen by many as a threat to the social order. We laugh and giggle at her sexual exploits today, but back in Ancient Greece women were not allowed to have sex outside of marriage, and there was Aphrodite encouraging such behavior! No wonder I love her so much, she’s a goddess who questions the accepted social order and rebels against it when she disagrees. We still live in an era where many of our friends and family are prohibited from marrying, we apparently need Aphrodite now more than ever. 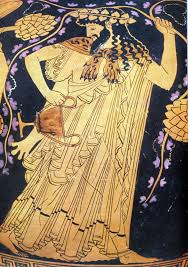 I bring up Aphrodite because she’s a good example of how deity evolves, and how that evolution can be traced through the archeological record. She has a specific “origin point” before spreading out and eventually becoming a part of a foreign pantheon. When making sweeping statements about deity, it’s important to remember that how we see them on the printed page (whether in mythology or a religious text) only represents how they were seen by one person or group. For every Aphrodite myth out there, they are probably two or three more that have been lost to history. Aphrodite was also a goddess that was at some point “new” to the religions of Ancient Greece. Pagan religions, both then and now, have a long history of adding deity to their pantheons from all sorts of sources and for all kinds of different reasons.

The history of almost every deity involves change and adaptation. The gods don’t come to us with a manual saying “here’s what I look like, here’s how I should be worshipped, and these are the things that are important to me.” All three of those things can change over time, and often do. Only a silly human would look at something as magnificent as deity and deny it the power to evolve. How deity evolves or why it calls to certain people might not make sense to us sometimes, but who am I to question such goings on?

Dionysus was once pictured with a long beard, and then later he was depicted as being clean shaven. It’s a small thing, but it’s still an adaptation. He had a beard at some point because that beard meant something to his followers, just like being clean shaven meant something to other followers later. Some gods were first depicted as animals, or humans with animal like features, for many of them that changed over the centuries. Because I look to the pagans of antiquity for inspiration and occasional guidance it’s natural for me to see deity as something that constantly evolves, because the archeological record proves just that. 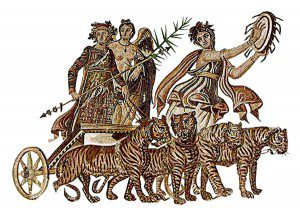 In Modern Paganism we often stand aghast when one someone worships a god outside of a few accepted European and Middle Eastern pantheons, but why is that? Almost all of the people I know who worship Greek gods aren’t Greek (myself included, though Jason is a Greek name), but no one gets up in arms about it. Romans killed Druids, but worshipping Jove doesn’t piss off the people in ADF. The picking and choosing sometimes seems pretty arbitrary to me.

Many of the ancients honored deities regardless of origin point. The worship of Isis was popular throughout the Roman Empire. It wasn’t limited to Egyptians or Greeks, but could be celebrated by anyone. If deity calls to someone aren’t they supposed to listen? Is there a master list of deities Modern Pagans can and can’t talk to? Perhaps honoring Shiva and Kokopelli in my Wiccan circle are examples of misappropriation, but their signals came to me loud and clear. I’m not pretending to be Native American or Hindu when honoring them (and I’m not inserting footnotes into my ritual either to explain their origins), a god called, I listened. That’s what ancient pagans did, so it’s good enough for me as a Modern one.

1. For more on Aphrodite and the evolution of her worship I suggest picking up The Origin of Aphrodite by Stephanie Budin. It’s a challenging read and not meant for the layperson, but it’s a great read on the origins of my favorite goddess. 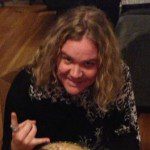