Lammas: A Square Peg In a Round Hole

I think a lot about the sabbats. As a Wiccan-Witch they are my (and for some of you reading this our) holidays, and by extension I guess they should be important to me. To be honest, they mostly are, but only mostly. Some are just harder to grasp than others.

Generally the eight sabbats of the year share something no matter where one lives in the Northern Hemisphere. I say generally because there’s one big exception: Lammas/Lughnassa (or however else you want to spell it). It’s the square peg matched up with the round hole so to speak. You can try really hard sometimes to get the peg through the hole, and usually it will go through, but it takes a lot of effort.

The Wiccan Wheel of the Year and the customs we generally associate with its eight holidays mostly originate in the British Isles. Sure, many of us add a few regional bells and whistles to it all, but it’s still mostly British. Our agricultural cycles (here in the States and Canada) aren’t that far off from Great Britain so it still mostly works. And even when the agricultural cycles don’t quite work, there are still a few other attributes that can be applied and are generally shared most everywhere.

Let’s take a look shall we?

Fall Equinox/Halig* Just about everywhere you go in the Western World it’s harvest season. Even if you don’t live in an area that harvests cereal crops you can generally find something “harvest-like” where you live. Culturally, September is the start of Fall so celebrating the start of Fall in this position makes sense. It might be 90 where I live, and 60 where you live (temperatures in Fahrenheit obviously), but there’s some shared “stuff” going on.

Samhain The final harvest in many places, and even where it’s not the “final harvest” we are still harvesting. Samhain is more than an agricultural holiday though, it’s our “death and the other side” holiday and as long as I’m celebrating that Samhain feels like Samhain. The days are also noticeably shorter, even if it’s 80 degrees outside. (September and October might be the hottest months of the year where I live, that’ll screw with you if you aren’t used to it.)

-Samhain, it’s the Witchiest. I know this is a cliche and all, but I can’t help it.
-Yule, I’ve always had a thing for Christmas and as a Pagan I get to keep all of that and add more to it.
-Beltane, it’s sex and spring! What’s not to love?
-Autumn Equinox, now this is a harvest festival!
-Imbolc, we love Brigit in our coven! Also, return of the light!
-Spring Equinox, I’ve always done something for Ostara.
-Midsummer, tough to celebrate because I’m usually out of town.
–Repose, which isn’t really a sabbat for most people.
-Lammas, why I wrote this article.

Yule Most of us don’t get snow on the Winter Solstice, but the days are short and the traditional trappings of the season are impossible to ignore. The holiday is also rich with lore of sun-gods being born and Oak and Holly Kings doing battle. Since it’s not really an agricultural holiday the mythology, lore, and short days are what we are celebrating anyway. Like Samhain, Yule’s associations are greater than the weather.

Imbolc There are generally two ways to look at the four greater or cross-quarter sabbats. They generally mark either the start of a new season or the height of a season that’s already started. In some places it’s easy to see the start of Spring in February. It’s slowly getting warmer and plants are starting to flower. (This is life in Northern California, I know, it’s rough.) In other parts of the northern hemisphere Winter is at full force, and there are probably two more months of snow and ice to go.

However, the holiday has other associations. No matter where one lives the days are now noticeably longer. Some people like to plan their return of the light celebrations around Yule, but it’s Imbolc when the light really comes back. Because of that it’s often associated with initiations and other new beginnings. Due to its proximity to Candlemas it’s also seen by many as a time to bless new ritual tools and implements. For my coven it’s the “spring cleaning” holiday where we replace the quarter candles and other stuff that needs to be renewed. Lately, this has become my favorite Imbolc association because it just makes sense to me. When I inevitably return to the Midwest because I’ve been priced out of California this is what I’ll take back with me for Imbolc.

Ostara By March, even in Canada, the signs of Spring are too strong to deny. There might still be snow on the ground in a few more northern spots but there’s a feeling of anticipation and excitement in the air as we know that warmer days will soon arrive. We’ve also injected many of our Spring Equinox celebrations with re-appropriated Easter traditions. I know that traditionally Lammas is the time for baking bread but I only bake at Ostara, and I bake hot-cross buns.

I’ve written this before, but cultural and religious holidays that look like and fall close to our own make our sabbats bigger by extension. Beltane is too late in the game for Eostre Rabbits so they get rolled into Ostara, same with Easter eggs. There’s no harm in this, it’s just what many of us do.

Beltane Beltane might be the start of Summer for some, and the true beginning of Spring for others, but it doesn’t really matter. The energy is much the same, and that energy is fun and flirtatious. As long as there’s not snow on the ground maypoles work just about everywhere.

And even in the coldest climates preparations are underway by early May for planting Autumn’s harvest. Maybe there’s still a chance of frost and you don’t put your seeds into the ground quite yet on May 1, but the seeds are at least out and being thought about.

Midsummer The longest day, the shortest night, the battle of Oak King and Holly King. I spent a chilly 60 degree day celebrating Midsummer in Michigan once, still got a sunburn.

Lammas And that brings me to the square peg in the round hole, Lammas. In much of North America it is most certainly not the start of fall right now, and the harvest? My garden is not quite dead, but it’s not quite natural either. Without me watering it every other day it would be a dead patch of brown grass. I guess it could easily be looked at as the height of Summer, but America has done a shitty job over the year with Summer traditions other than beach and vacation over the years. For many people both are out of reach. (Post Fourth of July, what do we celebrate during the Summer? Barbecues?)

Unlike Samhain, Imbolc, and Beltane its associations are strictly agricultural (unless one has a strong relationship with Lugh, which I do not). Even the (Catholic) Lammas tradition of baking bread is tied directly into the first grain harvest. It’s also too hot to bake right now, no thank you. Over the years I’ve dropped a few old harvest things into my Lammas rituals and will continue to do so, but it’s a hard sabbat to celebrate sometimes.

I’m sure for some of you there’s a grain harvest going on, or perhaps you love Lughnassa and it’s your favorite holiday. That’s great and I’m happy for you. But for me it’s always been the odd-sabbat out, the ugly duck of a sabbat that I’ll be celebrating twice this weekend, but with a little less excitement than a few of the others.

Have a great holiday and I’ll try not to be a grump this weekend!

*Halig, still trying to make this a thing. 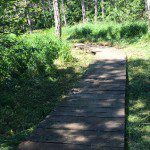 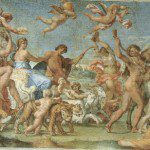 Green Witch Plant Profile: Wild Violets For Food,...
Violets are "weeds" to some but to me, they are wonderful additions...
view all Pagan blogs
What Are Your Thoughts?leave a comment
Copyright 2008-2021, Patheos. All rights reserved.