The Spirit of Summer

For most of my adult life as a Pagan I’ve been going to Pagan festivals in the Summer. That’s become more difficult since moving to the West Coast five and a half years ago because we just don’t have as many large Pagan festivals out here as others do in the Midwest/Northeast/Southeast.

The West Coast does have several specialized gatherings. These are things like Reclaiming WitchCamps, Polytheist Gatherings, Gardnerian (Witch) Gathers; but those aren’t Pagan Festivals in the classic sense. It’s the festivals where everyone is NOT on the same page that I value the most. It’s easy to retreat into one’s community of just Witches, Thelemites, or Druids, but my favorite gatherings are when the disparate pieces of the whole come together to find common ground. The continual barking of the Pagan blogosphere fades to grey when we all share a spot around the campfire or drum circle.

Every once in awhile someone will ask me what I think the future holds for America’s diverse amount of Pagan festivals. I’m not a complete pessimist about it, but I think festivals are likely to shrink over the coming years and become more and more “region centric.” Instead of a few festivals attracting 1000 people, we’ll have more festivals that max out at around 200 or so. (And there are some festivals that are already limiting their attendance, like CWPN’s Harvest Gathering-where I’ll be in just a few weeks!)

I think it’s easy to forget, especially in the age of the internet, that community really begins in our own backyards. The people we are most likely to actually practice with (and perhaps take us to the airport or bring by some chicken soup when we’re sick) are the ones who live near us. Certainly we should engage in the broader community, but greater Pagandom will never be improved if we don’t clean up the messes in our own backyards.

And now for some completely unrelated thoughts about a couple of recent festivals I was lucky enough to attend.

-What separates a great festival from a good (or even bad) festival? The people running the thing. Over the years I’ve been to a couple of events that were about the people running them, not about the people attending them. I have an idea about how hard it is to run a festival and yeah, anyone who undertakes such an undertaking deserves a lot more attention than they generally get. But the spotlight of a festival should always be shining on the attendees. It’s the obligation you signed up for when you decided to run a festival.

I was at the Summerland Spirit Festival last week, and the people there just got it. There were no egos, no “look at me I’m in charge” moments, just a bunch of people who really care about their community and went out of their way to create the best festival possible. It was wonderful, and I totally got why a small festival in Wisconsin (just over the border from Minnesota) had attendees from 24 different states. Previously I had always though that Summerland looked like a nice festival, now I know it is one. 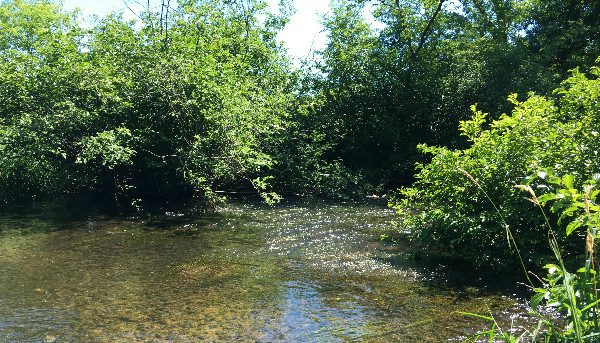 -If there’s a second thing that easily makes or breaks a festival it’s the festival grounds and amenities. You can have the absolute best programming and concerts in the world but if you hold your festival in a spot that nobody wants to visit you won’t have a lot of attendees. Summerland’s little slice of the world was idyllic. I went to bed each night to music (drums) and the gurgle of a creek just a few years from my tent. Most of the festival was in a wide field ringed by trees. Absolutely lovely time.

But festivals are often about more than just a pretty chunk of land. They need to have amenities, things like hot showers, places to cool off (like that creek), and food. One of the reasons I fear for the future of outdoor gatherings is because people simply camp less. Having to fend for yourself an hour from the nearest grocery store isn’t for everybody. Having dining options makes things a lot easier, as do the other comforts of home. For some people these things are not important, but as our community ages (and people come from further afield for some things) they become more and more of a necessity. I often plan what festivals I go to by “what’s easiest.” Is there food? A bar? Hot showers?

(Having Brian Henke and Tuatha Dea playing the week I was there helped a lot too. As did a burlesque show, which I was a part of. There’s video, you will never see it.)

Common areas also change the complexion of a festival. I love outdoor festivals with easily accessed common areas like bars and open eating spaces. I know that I’ve been accused of being unapproachable now and again, but my biggest problem is that I’m naturally shy. I love people, I just don’t often know what to say to them when I don’t know them. Common spaces are great for wallflowers because we know we are welcome in them.

One of the things I liked about Summerland was that they checked all of my boxes for a great festival. Great food (their meal plan is damn good), hot water, a bar with wine/beer (I’m allergic to beer so something other than suds is necessary), and plenty of entertainment in the evening. I also didn’t get eaten alive by bugs.

Twelve hours after returning to California from Summerland I headed towards the Tahoe National Forest for the Eight Winds ADF Festival, a spot without showers. That was a little rough for me (I’m insane about the daily shower) but I was helped out a lot by the great location, fabulous food, and excellent company. A festival can overcome it’s limitations if everyone is on the same page and the people you are hanging with are just plain awesome.

-I’ll never be a Druid, but sometimes it’s nice to hang with ADF. I love ADF, and I just love Druids in general. And credit to the organizers of Eight Winds for trying to broaden their Pagan experience by inviting me (a Witch) to a Druid event. That’s one of my favorite parts of festivals right there, getting out of my comfort zone and doing things outside the Witch-zone.

There are some super amazing Druids out there too, and last weekend I got to hang out with current Arch-Druid Jon Drum, Arch-Druid Emeritus Kirk Thomas, and barbecue master and regional Druid Sean Harbaugh. All three guys are great and I had some nice conversations with Drum (and caught a workshop too), and was completely blown away by Kirk in ritual. Seriously, someone in ADF should record Kirk doing ritual and put it out on CD, I would buy that.

-More of an observation than a comment on festivals, but Druids and Witches share a lot in common. We both come from the Western Magickal Tradition, and share a heavy dose of fraternal orders like the Freemasons in our DNA. We both have rather nebulous ideas about the nature of deity (there’s no litmus test on how one conceives of deity in either grouping), share a bunch of holidays, and even a whole lot of members. (Many well known Witches have been Druids, and vice versa.) Both groups were also influenced by the occult revival of the 1970’s and the the “hippy movement” (for lack of a better term). There’s always been a lot of give and take between our two tribes.

This is all extra noticeable when we do ritual together, especially if that ritual is focused on a shared concern. As I’ve written before, I’ll probably never be a practicing Druid, but I’m proud to share my whiskey with Bridget in sacred space in the company of Druids.

I am grateful and humbled by my experiences at Summerland and Eight Winds, and want to thank the festival organizers for having me out. Special thanks to everyone who came to a workshop or dropped in for a ritual. Much appreciation to Sonja Sadovsky for being a most awesome High Priestess and assisting with the 1899 Ritual. 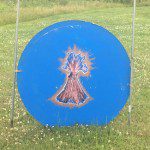 July 26, 2016 Lammas: A Square Peg In a Round Hole
Recent Comments
0 | Leave a Comment
Browse Our Archives
get the latest from
Raise the Horns
Sign up for our newsletter
POPULAR AT PATHEOS Pagan
1