I was almost a Druid. This was way back when in an another lifetime when I had short hair and was still figuring out the Pagan thing. In those long ago days I was a Witch first and foremost, but the door was still open to other things and when a much more experienced friend asked if I’d be a part of his Druid grove I said sure. The result was that for a little less than a year I was a part of a Druid Grove in Lansing Michigan.

Back in those days many Wiccan-Witches were led to believe that Witchcraft was a Celtic religion, or perhaps had something to do with the Ancient Druids. Neither of those things were true of course, but they were certainly fodder for the imagination. For a short period of time I even believed that Douglas Monroe’s 21 Lessons of Merlin was an “essential read” next to Starhawk’s The Spiral Dance. (I realize how absurd this is, now please stop laughing.)

While Witchcraft and Celtic-Druids don’t have much, if anything, in common; Modern Witches and Modern Druids most certainly do. When I occasionally lament the fraying of the Pagan Umbrella I keep hoping that the final outcome keeps Witches and Druids together in the same place. I’d hate for Patheos Pagan to become Patheos Witchcraft and leave the Druids outside and alone in their stone circle. Witches and Druids share a very real and special bond, probably because much of what we both do comes from the same place.

The backbone of Wiccan-Witchcraft ritual comes from the Freemasons, the pre-eminent fraternal order of the last 400-plus years. Circles, quarters, the word charge and lots of other stuff comes from the Masons. But many Druids have been influenced by fraternal orders too, perhaps even more so than we Witches.

The first Modern Druid orders weren’t religious or spiritual, they were fraternal, owing more to Freemasonry than the Theosophical Society or the Golden Dawn. Eventually many Druid groups began to develop an esoteric bent and then a Pagan one. Druid orders like the Order of Bards Ovates and Druids (OBOD) still count some Christians among its members, even though it’s probably mostly thought of as a Pagan organization today.

Much like the deities of Witchcraft, the deities honored by many Druids run the gamut of religious experience. Though most people tend to associate Celtic deities with Druids, that’s not always necessarily the case. One of my favorite Druid groves generally calls Baltic deities to their rituals, and there are other Druid groves that work with Egyptian and Hellenic deities. In the ancient world gods and goddesses weren’t simply “stuck” with the other deities of the pantheon they grew up in. Many of my favorite pictures of Cernunnos have him sitting next to the Roman Mercury.

Speaking of Cernunnos, the bond between Witches and Druids goes even further when it comes to deity. A lot of us all honor the same gods. How we worship those gods might vary from circle to grove, but the nature of the gods worshipped stays the same. I recently helped lead a Cernunnos ritual with John Beckett and Kirk Thomas and I’m rather confident that the Cernunnos I regularly honor in my Wiccan circle is the same Cernunnos they both honor in their rituals.

When creating sacred space I don’t often spin around my circle like a whirling dervish chanting “Open the Gates!” over and over (OK, I never do this), but the idea is the same. Most Witches and Druids operate in a sacred space between the worlds. How we each get there often varies, but I think the fundamental concepts are the same. Our sacred spaces are portable, though from what I understand about Druids their’s are far more likely to be outside than mine are.

While I’ve always been a “let’s call upon the powers earth, air, fire, and water” person in ritual, the ADF Druid alignment of the Sacred Tree, Well, and Fire isn’t that far off. (Really, they are only missing air.) I think a lot of the ideas are the same, and to the credit of the Druids they probably cover that when invoking the Three Kindreds: deity, ancestors, and nature spirits.

If you’ve ever been to an ADF Druid ritual* you’ve probably noticed that they throw a lot of offerings into the fire (and other places). There are offerings of grain, whisky, wine, water, and probably lots of other things I’m forgetting. Though I’m not nearly as explicit and theatrical about my offerings in Witch-ritual, those offerings are a part of what I do.

The most obvious example of this is the libation bowl we fill every ritual and then take outside to honor our deities and the local fey. But there’s more to our reciprocity than cakes and ale, we also give the gods and goddesses power so they can help us. Deities are more powerful than we are, but their energies are not infinite or absolute. As a Witch my relationship with them is reciprocal, I give to them so they can give to me (if they choose to). I can honor them with physical things, but I can also simply direct the energy we’ve raised in circle their way. I also believe that simply worshipping the gods adds to their power.

We Were Both There at the Beginning

If not for a little quirk of fate the majority of Pagandom might all be Druids today instead of Witches. Ross Nichols (1902-1975) the founder of the Order of Bards, Ovates, and Druids was an exceptionally talented writer, occultist, and magician, he was also extremely important to the evolution of Modern Paganism as a whole. Gerald Gardner’s Witchcraft Today (1954) was the first book to put an English Witchcraft in the present day, and it was edited by Ross Nichols! (1) What would have happened if Nichols had written Druids Today instead of editing Gardner’s work?

(In the realm of speculation here, but it’s likely that at least parts of Witchcraft Today represent the thoughts of Nichols and not Gardner. Gerald was never a great writer and those who “assisted him” with his books most likely contributed a great deal to them. That Ross and Gerald were friends, contemporaries, and peers brings me a lot of joy.)

Yeah, I Just Got Back From a Druid Festival

Why did I write all of this? Probably because I just got back from Beyond the Gates, a lovely festival organized by ADF’s Columbia Grove. This is my second year in a row of being lucky enough to attend (and present) at an event organized by Druids. If I only had only driven 13 hours north for that Cernunnos ritual I was fortunate enough to be a part of it would have been worth it. That I got to attend a lot of workshops, eat some great food, hang out with some of my absolutely favorite people, and visit Trout Lake Abbey made it even better.

Oh yeah, Trout Lake Abbey, let’s stop and talk about that for a second. TLA is a Buddhist and Pagan retreat center located in the wilds of Washington, just an hour os from Portland. It’s also one of the most spiritually uplifting sites I’ve ever visited, and is like nothing else I’ve ever visited in the United States. It’s got a giant stone circle and several devotional sites for various Celtic deities (of interest to me Cernunnos is nicely represented). There’s also an organic farm, more sunflowers than one could ever need, and lots of other amazing things. I loved this place. Kirk is building something special out there and it’s truly a Pagan holy place.

I don’t want to go on and on about Beyond the Gates, but let me just say it was bloody awesome! I really had a great time and I’m so thankful that I got to experience it. Special thanks to my buddy Gwion for making the long long long drive north with me.

Also, the day we got back, he and I went to see Tom Petty, who is neither a Druid of a Witch, but is still great.

*I don’t know if all Druid groups do this, since Druid rituals vary from group to group and order to order. 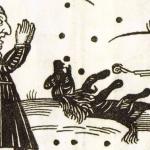 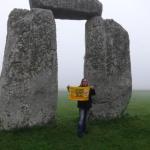