My first magickal name was “Milamber.” I’m not proud of this, but I also don’t mind making fun of my much younger Witch-self which is why I’m OK sharing that particular anecdote with you. There’s very little trace of “Milamber” today in my practice or workings, but the name still exists on the inside covers of some of my earliest books.

For those of you who have never read author Raymond E. Fesit’s Riftwar series (which began with Magician back in 1982), Milamber was the alternate name of the story’s primary protagonist, Pug of Crydee, an orphan boy who fulfills a magickal destiny (feel free to insert your own joke here). Feist was my favorite author and the idea of magick, whether from a fantasy book or my own will, existed in my head as pretty much one and the same.

While we like to pretend there are very clear boundaries between the magic and the Witches found in fantasy books and what many of us practice, the line is pretty blurry. Anytime anyone from Patheos Pagan posts an article mentioning Harry Potter our Facebook page erupts in insistent comments that “Harry Potter has nothing to do with Witches!” but I’m not sure that’s true.

Sure, the witches and wizards written about in those books don’t resemble most of us, and I’ve certainly never met a self-identifying Witch point their wand at something and say “leviosso.” But there are certainly Witches who like Harry Potter, and there are absolutely Witches today who found the Modern Craft because they were inspired to by Harry Potter. Harry Potter has nothing to do with Modern Witchcraft, but it exists in a weird grey area where it has most certainly been a gateway to adopting magickal worldview.

I’m sure there’s some purists out there gasping at this, but literature has always influenced Modern Witchcraft. The first people we might call Pagans were inspired by Greek mythology, and often romanticized versions of Greek myth at that. I’ve never met anyone who has come up to me and said “Jason, I’m a Witch today because of The Wind in the Willows,” but I believe someone out there probably is a Witch today because of that book. The Wicker Man (film) is a classic in many Pagan circles, but the film itself has very little to do with Modern Witchcraft, and it could even be argued that the Pagans are the bad guys, but it was still a gateway.

For many of Modern Witchcrafts earliest adherents “nonfiction” authors such as Dr. Margaret Murray were major influences, but Murray’s Witchcraft is about as close to today’s Witchcraft as Harry Potter. There were sabbats in Murray, and an overwhelming sense of joy that comes from the Craft as she describes it, but there was also child sacrifice, orgies, and initiations which required kisses on at least the buttocks. There was also only a Horned God who had been corrupted into the Christian Devil. I’ll admit a fondness for that last bit, but the the rest of it doesn’t play into much Witchcraft I see today.

Modern Witchcraft is a very syncretic belief system. It borrows from ancient paganisms, folk magick practices, and the grimoire tradition. There are also bits which have filtered into it from fictional sources too. The Hobbit and The Lord of the Rings were hugely influential in helping to craft a Pagan worldview in the 1960’s, there’s even a Pagan campground in Indiana named “Lothlorien” which comes from Tolkien. One of the major influences on the Pagan group The Church of All Worlds was the book Stranger in a Strange Land, a science fiction novel from the 1960’s.

When people ask me what my favorite Pagan music is I generally reply with Led Zeppelin and The Doors. Despite Jim Morrison being involved in at least a Wiccan handfasting ritual, and Jimmy Page being interested in Aleister Crowley, neither bands are really Pagan. (Jim Morrison lead singer of the Doors, Jimmy Page lead guitarist of Led Zeppelin. If you are unfamiliar with either band you’ve made me feel 168 years old.) But both bands put me into a Witch-like state of mind, and I’ve used the music of both bands in rituals over the years. Tori Amos is not a Witch either, but she was probably a gateway to Witchcraft for a lot of people because her music has a touch of the magickal.

Something becomes a part of Witchcraft or our magickal worldview WHEN WE DECIDE IT HAS. In other words if you are doing a spell and want to call something a “portkey” that’s your deal. Go right ahead! You should probably be honest about it instead of suggesting it’s a 400 year old Witchcraft tradition, but it doesn’t hurt me or someone to pick up a term from the Potterverse. Do I think calling non-magickal people muggles is stupid? Absolutely, but I also understand what people mean when they say it. The other word we have for a non-Witch is “cowan” which was stolen from the Freemasons so it’s not really that much different.

As Witches we take what we need, and discard what doesn’t work for us. We each pick up and use different things. The boundaries between our world and that of literature and film is not as absolute as some make it out to be. Often our first exposure to a magickal world view as children or as young adults has a profound impact on our lives. Instead of being dismissive let’s avoid the absolutes and allow people to cherish whatever it is that calls to them.

Note from Jason: Lest anyone think post is an endorsement of JK Rowling, it is not. I have no patience for the transphobic. You can read more about the willful ignorance of Rowling at Starlight Witch and Outside the Charmed Circle. 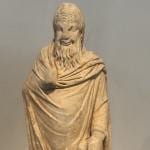