The Importance of Nearby Nature

Last week I was taking a walk while in between appointments around the residential portion of the Hollywood District here in Portland. It was a glorious day, sunny and warm, and amid the sounds of lawnmowers and cars I could hear the voices of numerous birds in the trees and gardens around me. I walked beneath a male Anna’s hummingbird doing his distinctive dive bomb display with a chirp and a “tze-tze-tze” (that first sound being made by the bird’s tail feathers). And I passed by a pair of tiny gray bushtits in a flowering tree, hunting equally tiny insects for lunch. Numerous ferns and flowers burst forth in lush greenery, urged on by recent rain and immediate sunlight, and even a pair of domestic cats enjoyed their yard (thankfully from the safety of long leashes). It was, all told, quite a pleasant walk only cut short by a text that my next appointment was, in fact, in another neighborhood entirely.

Still, even those few minutes were enough to rejuvenate me through a busy day. Not that this is a new revelation; it’s been several years since I took my first graduate course in ecopsychology, and one of the first things we discussed were the restorative properties of exposure to nature. Research has quantified these positive effects, allowing a more structured understanding of why we seek outdoor places to refresh ourselves and find relaxation. It may almost seem redundant to some of us to have to study things we feel are common sense. 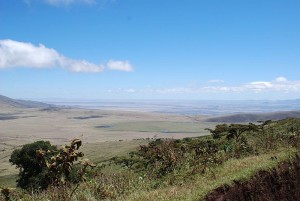 We are human mammals, Homo sapiens sapiens. As a species, we spent hundreds of thousands of years evolving in wide, open savannahs and scrub forests, and that experience was built on a much, much longer heritage of wild living. The few thousand years that we’ve been living in settled areas, with permanent shelters, is a much smaller period of time, and our current way of life is, at best, a century or so old, hardly long enough for us to properly adapt to it in depth. Our mammalian selves still look for open water and good vistas, and too much time spent indoors can lead to greater levels of stress, among other unpleasant effects.

So why is it so hard to get us outside sometimes? One of the prices we pay for our fast-paced, energy-hungry lifestyles is more of a dependence on controlled indoor environments. We learn from an early age that we’re supposed to do important things inside. Our very education is done indoors, for fear that being outside would lead us to distraction. And this trains us for the cubicle, the office, the checkout counter. Most of us don’t walk or bike to work or school, either, depriving us of even these daily encounters with the outdoors.

We also are concentrated more within cities and towns than ever before. It’s where the most job opportunities and other resources are located. However, other than neatly trimmed, rectangular parks with a few benches and trees, cities don’t always have green spaces. Most larger, wilder urban parks, like New York’s Central Park or Portland’s Forest Park, don’t have a lot of affordable housing nearby, and it can be quite a trek for some people to get to them, involving an investment of time and money that not all may have.

Which is why it’s important to have nearby nature. What is nearby nature?  By some definitions it’s the wild places just outside a city or town; however, I also use the term to refer to the nature within these populated areas. After all, we don’t entirely pave everything over. There are gardens with flowering plants and trees and other green growing things, and an assortment of birds that have adapted to new ecosystems, and even a few mammals like raccoons and possums that have taken advantage of a lack of natural predators.  But it’s cultivated nature, too–gardens and landscaping and open green lawns (while I may hate grassy lawns and see them as a waste of space, they’re still better than asphalt).

Nearby nature allows us to connect with something other than ourselves; indeed, it connects us, ever so subtly, with something bigger than ourselves. When we’re inside, glued to a television set or a computer monitor or even a book, we can tune out everything that isn’t human-made. We’re lost in our own little world. But go outside, and we’re confronted with our neighbors, human and non-human alike. We have to remember, then, that we aren’t the only living beings on the planet. 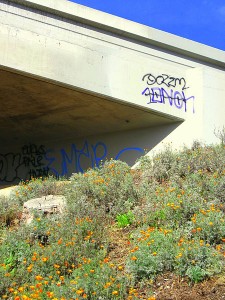 This reconnection is beneficial all around. On the one hand, being outdoors in an environment where we feel safe helps to lower one’s blood pressure and relaxes the limbic system, and can reduce stress as well as symptoms of a variety of mental illnesses. We reconnect with our ancient selves, and give our senses the things they evolved to drink in. But it’s also beneficial for all the other beings, in that we–easily the single most destructive species on Earth–begin to feel more of a sense of responsibility for other living beings the more time we spend in their presence.

We shouldn’t have to go to wilderness areas to get that connection, though wilderness is certainly its own amazing experience. By infusing even our most urban areas and tallest buildings with reminders of nature, we’re giving ourselves day-to-day doses of nature’s beneficial properties. Like taking a daily multivitamin, we’re making sure that we’re getting the things we need to be healthy and connected on an ongoing basis. 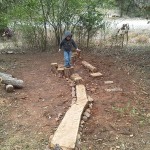