A New Look at the Magic of Trees

While I was writing the first draft of my new book, Plant and Fungus Totems, I did some research into existing books and websites on related sorts of spirituality. I wanted to see if there was anything I could cite as additional reading material for people who liked my book once it was out, and to inspire me to keep writing, too!

Not surprisingly, I ran into a lot of “Here are the magical properties of this plant, and that fungus, and here’s what they ‘mean’, and here are the secrets of the flowers kingdom” and so forth. Which are all good things in their own right, but they weren’t exactly what I was looking for. I don’t especially like stereotyped “meanings” for beings of nature, especially since “meaning” is such a subjective thing, and what I may learn from observing the cherry trees outside my apartment (or their totem, for that matter) isn’t what another person might learn from the same.

Furthermore, my spirituality over the years has dug its roots more deeply into the physical world than in abstracts and symbols. Hikes are my sacred rituals, and the heart-piercing feeling of overwhelm at the sight or smell of a wilderness spot is one of my most treasured sacraments. I am here in this world, and I want to be as fully in this world as I can be for as long as I have the privilege to do so. I don’t want to chase down dreams of an afterlife and miss out on the miracles that occur here every moment, with every breath. Trees are one good example of a miraculous sort of being.

I’ve often touted photosynthesis as one of the finest examples of alchemy this world has to offer. A tree takes sunlight–that warmth that we feel on our skins, but can’t hold in our hands–absorbs it, and converts it into sugars. Those sugars are the basis of the food web that we depend on; when you eat an apple or a walnut, you are eating concentrated sunlight (along with other natural ingredients, of course). That same tree also absorbs carbon from the atmosphere, helping to offset the massive amount of carbon pollution we’re producing every year; it holds the poisons we produce in check and returns them safely to the earth when it dies. And it exhales oxygen into the air, again drawn from the carbon dioxide that would otherwise poison us and other animals. Every tree is a skilled magician transmuting one thing to another in ways that benefit not only themselves but numerous other living beings in its ecosystem.

There’s a worldliness to this tree magic, though, and it offers ways for even those who aren’t particularly spiritual (or at least not of a nature spiritual bent) to appreciate it. A recent article on Newsweek’s site gives a pretty good overview of the financial benefits of planting trees in cities. It points out how trees benefit these urban areas in ways ranging from storm water absorption to keeping asthma-inducing particulates out of the air to being good for one’s mental health and well-being. These benefits can be quantified, too; as this excerpt shows:

Each street tree in New York City provides $9.02 annually in air pollution reduction, $1.29 in carbon sequestration and $61 in storm-water abatement—$220 million in all, according to a 2007 study conducted with an early version of the software [the U.S. Forest Service’s i-Tree]. Experts have calculated that Syracuse, N.Y., saves $1.1 million a year in health and related costs because of the soot its trees divert from the lungs of residents, and that the conversion of vacant lots to community gardens in Philadelphia hikes nearby home values by an average of $35,000.

Magic is largely concerned with bringing about results in the physical world, at least as I’ve understood it the past eighteen or so years, and there’s a lot of room for interpreting just what that means. I know there are plenty of eco-friendly pagans who will happily work all manner rituals on behalf of the environment, whether to help pass legislation to protect wild places, or to somehow draw toxins out of a polluted landscape. However, it’s generally accepted that these rituals are done to augment physical actions, not make the change all by themselves.

I can think of few better actions to complement than the planting and protecting of trees. It’s easier to do than replacing phytoplankton and other important parts of the ocean flora (another important source of oxygen and toxin absorption). You can get young trees to plant for absolutely free, if you have a place to plant them, or you can donate as little as $10 to groups that will do it on your behalf*. And it’s a good opportunity to meditate on the incredible world-forming transformations these mighty beings enact every single day. Perhaps it’s not magic in the sense of “I do this ritual, and something that wouldn’t otherwise happen, happens”, but I’m a fan of finding magic within the ordinary to rekindle people’s sense of wonder and awe, and trees are a great source thereof.

* Partly because I didn’t want this to be a “do as a I say, not as I do” situation, and partly because they weren’t already one of the groups I’m a member of, I went ahead and joined the Arbor Day Foundation at the link I shared above. For $15 I’m getting a year’s membership, AND they still plant ten trees for me since I have nowhere to put a miniature forest in my tiny apartment. I think it’s a great deal-feel free to join me in joining them! 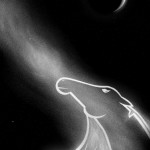 May 26, 2014 Cultural Quandaries: Water
Recent Comments
0 | Leave a Comment
Browse Our Archives
Related posts from Paths Through The Forests