When I say “nature”, what do you think of? Do you think of deep, dark forests with hidden waterfalls, or broad deserts vibrant with carefully adapted life forms? Do you consider the oceans with their complex ecosystems, or the plains and steppes full of grasses? If I ask you to think of urban nature, do pigeons and crows and dandelions in the sidewalk cracks spring to mind?

Whatever you were thinking of, I’m guessing most readers likely minimized the place of humans and our creations in your images of “nature”. For centuries we’ve deliberately seen ourselves as separate from everything else on this planet. Some of this was based in religion; anyone raised Christian likely remembers the point in Genesis 1:26 that states “And God said, Let us make man in our image, after our likeness: and let them have dominion over the fish of the sea, and over the fowl of the air, and over the cattle, and over all the earth, and over every creeping thing that creepeth upon the earth.” For many, this was license for humans to do whatever they wanted with the planet. But other spiritual paths have had their justifications for sucking the world dry of resources, and even the most secular individual may surmise that since we’re already on top, we must have deserved it.

And few of us, regardless of our religious inclinations, think to include ourselves in “nature” when we talk about it. We either feel we are better than everything else, or we feel so guilty about our destruction that we remove ourselves from everything else. The effects is the same either way: we feel a sense of depersonalization toward nature. Distance breeds apathy; closeness encourages responsibility.

Why is this important to the environmental crises we face right this moment? When we feel detached from the rest of nature, it’s easier for us to cause destruction to it. People who would be up in arms if the city came and cut down all the trees in their neighborhood barely shrug when told about how the demand for palm oil is destroying the last safe havens for orangutans. Even those of us in the Pacific Northwest who angrily cry out about clearcutting in our forests may still go out and buy commercial chocolate that uses palm oil (I admit I’m guilty of this). 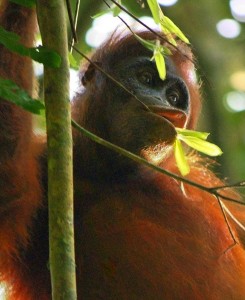 Most of us aren’t out to kill the last of the orangutans. Most of us, if asked, would say yes, we want to save them. It’s a tougher call actually taking steps to make that happen. We’re a busy people here in the US. Like other folks, we have jobs, families of all sorts, hobbies and other interests. And we’re overwhelmed by a constant tirade of media screaming at us about this and that and the other. I recently visited family where the television was going nonstop on a news channel much of the time; I came home to no television, but a constant stream of news in my email inbox and social media feeds. I honestly felt burned out even though I was back in my home because I’d spent so much time dealing with a barrage of bad news. Therefore it’s no surprise that we may distance ourselves from the world’s problems through sheer self-defense.

Pagans are no different. Many of us claim to venerate nature, but then we do so using paraffin candles with chemical dyes and altar boxes made of endangered teak wood, wearing robes made from fabric that was manufactured by slave labor in China or India, and all of it shipped to us on massive boats leaking oil and other pollutants as they traverse the oceans. We eat our celebratory meals on styrofoam or paper plates (because who wants to do the dishes after ritual?) and then leave the leftovers outside where they encourage wild mammals to lose their fear of humans, putting them at greater danger. We’re not trying to cause more trouble; it’s just that we’ve learned to automatically not think about the effects of our actions on the rest of the world.

For if we really thought about how tainted everything we touch is, we’d go mad. And yet maybe we need a bit of that madness. Not enough to disable us into inaction, but just enough to shake us out of our apathy. Enough to get us to carefully consider our purchases, our choices, and our place both in the human ecosystem and the larger bioregion we’re a part of. We need to skew our perspectives, get out of our comfort zones, and perhaps get a little mad–or angry. Because when we’re angry, we’re engaged. We’re focused. We know exactly what we’re on about, and aimed in the right direction that energy can be the catalyst for great changes.

Through our anger and our conviction, through our commitment to change, we regain our place in nature. It’s not that we ever really left; we just perceived ourselves as leaving. That awareness is what allows us to step back into our ancestral territory, where we were actively parts of our ecosystems, and where (once we evolved enough self-awareness) we knew that we were immersed in something greater than ourselves. That knowing–that’s what we’re missing, and its loss has led to the disaster we find ourselves with today.

And then it’s placing yourself directly in the middle of that milieu. It’s remembering that you are not just a human being–you are Animalia Chordata Mammalia Primates Hominidae Hominini Homo sapiens sapiens, the last human ape, classified right alongside every other biological being that science has given a name to, and next to all those that yet remain unnamed. It’s recognizing that our buildings are the result of a strong nest-building instinct, the desire every animal has for shelter. It’s remembering that we are not the only tool-using animals, though we’ve evolved to take that skill to unprecedented lengths. It’s seeing everything we do through the lens of being an animal, an ape, one mammal among thousands, and subject to the same “splendour and travail of the earth”, as Beston said. 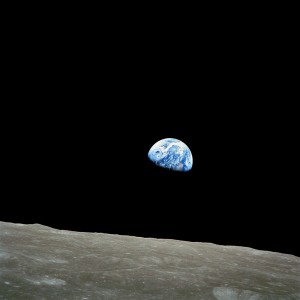 The most sacred act is to reclaim your place in that cycle, to use your power to take hold of your responsibility and hold it high. It is not just to remember you’re an ape and leave it at that. It’s remembering you’re an ape in an ecosystem–multiple ecosystems, more than any other hominid in history. It is to acknowledge your part in the current crisis, that you have harmed orangutans and the Gulf of Mexico and the wild land that once stood where your home now reigns. It’s remembering that every single bite of food, breath of air, drink of water and foot of shelter comes at a price to something else, because that is the way of nature. There is nothing without cost; every gain you have is at another’s loss, whether they lose convenience or safety or their own life.

You can continue from there, creating change for the better, shifting your actions and your choices to be more in harmony with the rest of the world, at least as much as you can within your means. These acts are also sacred; they are a healing, rebuilding force. But none of them–not a single one–can truly come to fruition without that awareness of what it really means to see nature as sacred.

I invite you, my dear readers, to reclaim your place as the pagan ape, the last hominin* on earth, who possesses an acute awareness of how precious the world is, and a commitment to saving that which is most sacred: the Earth itself.

*Hominin specifically refers to apes that are more closely related to us than chimpanzees; Homo neanderthalensis and Homo erectus are just two examples of those extinct hominins. “Hominid” is sometimes used synonymously with hominin, but technically hominid refers to all the great apes, not just the human variety. 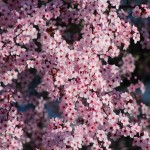