Courtship is not the Answer: My Courtship Story: Part 8

This post is the conclusion of a series. To start at the beginning, click here. You will see many links throughout this post. I encourage you to check them out since they are very informative on the definition of Courtship as well as some of the outcomes of this mindset. 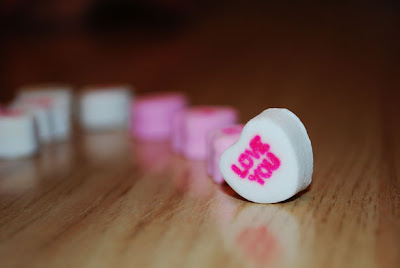 Looking back, I like many things about our story. I love that we were very honest about our needs and desires as we understood them at the time. I can imagine it would be more difficult to fall in love with someone and then find out afterwards they don’t want children and you do. I can see the benefits of being straightforward and asking the tough questions right away.

On the other hand, there were things that we could not talk about as well. Religious questions weren’t really that relevant, because we were so enmeshed in our families, we hardly had any beliefs that were truly ours, they were all dictated by our families. There are other tough issues that cannot come up when you have intense levels of parental control. Whatever is not safe to talk about in your family of origin, does not feel safe to bring up in the new relationship either.

I think that spending time together as families is a great idea. You have the opportunity to observe the persons interactions with their own family members and as well as yours. It helps you to learn how to interact with other people as a couple.

Respect for our bodies and sexuality was a good thing. I think it is healthy to have good boundaries in a relationship. Good communication about expectations and mutual respect for each other is pivotal.

The problem is, all of those things could have been implemented by my husband and I as adults in our own relationship. We could have (probably would have) been serious about marriage, boundaries and family relationships and involvement, without the parental control that the idea of Courtship is founded on.
***************************

Actually I can’t think of a single benefit from the parental control and pressure we had throughout our relationship. Even after we were married, it took several years for us to truly “leave and cleave”. We had never been allowed to be our own persons, and old habits died very hard. We would consult our parents and make decisions (trivial or important) based on what they told us. Eventually we progressed to where we would make our own decisions and fret about how to tell our parents what we had decided. It took four years to get to the point that we made decisions and didn’t bother to tell them at all! We were both nearly twenty years old when we started our Courtship, and every decision was taken out of our hands as though we were fourteen year olds. I can only be grateful that my parents were not as extreme as some in the same mindset, such as this girl who was betrothed against her will and ran away from home to escape. Read her story in this order. ONE, TWO, THREE, and FOUR.) 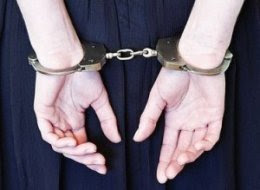 My parents had a long set of rules we were expected to keep during our courtship. Looking back, it strikes me as pretty creepy. My parents were obsessed with controlling a fully grown child’s sex life. I was expected to ask them permission to do anything, and abide by their decision. It was none of their business what my boyfriend/fiancé and I were doing or not doing. The job of a parent entails teaching their children to respect their bodies and even passing on their religious beliefs if they wish too, NOT being the sexual purity police in another adult’s relationship. In the end, every boundary I had wanted, stayed in place. My fiancé and I respected the boundaries that each of us had set in place through evaluating our own values and convictions at the time. My parents rules simply did not stick. I was on my way out of their house and their control, and I had no incentive to follow their dictations any longer. (Other than attempting to keep them happy until the wedding day so that we could get married without having to elope.) I had broken out of the mind control enough to realize I would rather get married to my fiancé than live at home, and we did everything in our power to get that to happen smoothly. Other couples were not so lucky. (Be sure to read his whole series explaining his story of how his fiance was ordered not to marry him in this order, parts ONE, TWO, THREE, FOUR and hopefully part FIVE coming soon.)

There was so much emphasis on avoiding sin, and a major burden to get married quickly to “stay pure”. If you stayed in a relationship for a long period of time, it was assumed that you would fall into temptation and end up sleeping together before marriage, and then your marriage would be doomed to fail, or even worse you could end up not getting married to that person and then you would have sexual baggage and be considered “damaged goods”. If you did slip up and have sex before marriage, you pretty much had to get married if you wanted to “make the sin right”. I would rather have my children take as much time as they need to be sure of their choice, (even if that means they fall into temptation) than to rush things and get married prematurely to avoid premarital sex. Having sex outside of marriage may cause damage, but getting married to a person you do not love, or turns out to be abusive is a far more permanent mistake that is very difficult to remedy.

Aside from rushing to get married in the interest of “staying pure”, there was also major pressure for the courtship to be “successful”. Any time spent with the opposite sex was seen as risky. I was not allowed to hang out with a group of young people without my parents present. Group dates were off limits, any sort of one-on-one dating was practically as bad as having sex. Everyone “knew” that the minute 2 young people were left to their own devices (somehow regardless of how well they knew each other) they would be engaging in inappropriate sexual activity. The risk of flirting, touching, or kissing someone who was not going to end up being your spouse was too high to allow young people to be around each other. Pretty much any interaction between two people of the opposite sex was supposed to be reserved for marriage. The whole idea is pretty dysfunctional, because in the real world you really have to be able to interact with either sex on a regular basis. This type of gender separation leads to social disability as well as sexual issues in marriage. To this day I am instinctively suspicious of men and still find myself occasionally falling into old habits like avoiding eye contact with males, or obsessing over my neckline or how my hips are moving as I walk. It can take women (and men)a long time to get over the sexual messages too. It took several years for both my husband and I to loosen up and really communicate in the bedroom, body image and shame as well as messages about the roles each spouse is supposed to play in a “Christian” marriage, are terrible barriers to true intimacy and partnership. (Read Darcy’s excellent series on “How the Teachings of Emotional Purity and Courtship Damage Healthy Relationships”, Part ONE, TWO, and THREE.)

Parents want to protect their children from harm. Many parents are drawn to ideas like Courtship because they want to give their children the best, and they remember their own mistakes. The problem is, there is no way to control the choices of a grown child. Yes, you can teach them to respect themselves and others, you can explain your beliefs about marriage and sex, you can encourage them to wait on relationships until they are old enough to consider marriage. But in the end, their actions are up to them. I believe that parental control of adult children always goes badly. There is no way a parent can completely know the desires and priorities of their adult child. Will your child make less than wise choices over their lifetime? Yes. As a child and as an adult they will probably make choices you don’t agree with. That is not your fault. It is not your responsibility to keep your child from living. 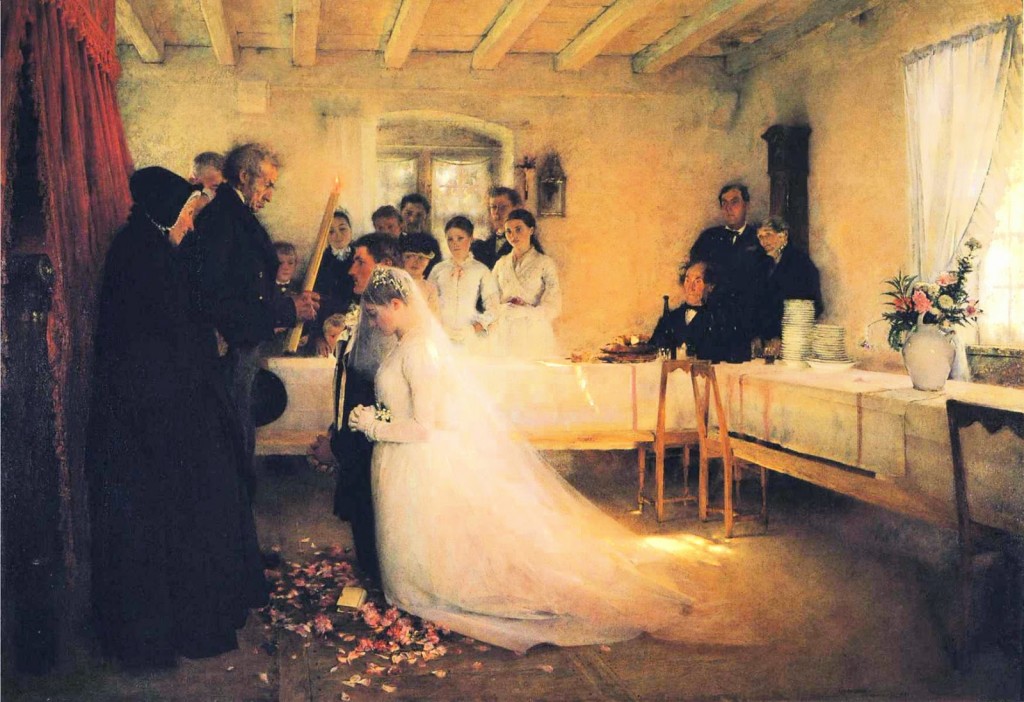 As for my husband and I? It’s kind of like we were betrothed in the old world. Even though we love each other and consider ourselves blessed and fortunate, now that we have immigrated into the new world we wouldn’t want to put our kids through that process. We trust that our children will be ready to make their own decisions as adults when it comes to picking a mate. When I was talking to a counsellor recently, she had only heard a fraction of my story and she was amazed that I was still married and claimed to love my husband. My husband and I somehow fell in love very quickly, and we clung to each other through all of the craziness and change of our lives together. The fact that we were both around the same age, have much of the same background, and both became disillusioned with our pasts at around the same time, and were not afraid to talk about the issues and get help, have played a large part in the “success” of our marriage so far, and our marriage is still a work in progress. The reasons my husband and I are still together, are largely grounded in our own values and priorities. They have nothing to do with how our marriage was arranged and controlled by our parents.

Courtship is not the answer. Even a perfectly planned, controlled and executed courtship will not protect your child from marriage conflict, or even a bad marriage.
Previous Post

April 21, 2011 Strength in "Weakness"
Recent Comments
3 Comments | Leave a Comment
"As a new mom, even if my daughter is a toddler now, weaning is really ..."
Lynn Toh Weaning my Tandem Nursed Toddler
"So, I came across this post for the first time today, two years after it ..."
Sheila Warner Finally Heard? The Duggar Aftermath
"Just wanted you to know that I keep checking occasionally for updates, and I hope ..."
William Burns Brave New Life: Part 7: The ..."
"> How does that make sense?It saves them lots of money."
Tim Locke How I lost my fear of ..."
Browse Our Archives
Related posts from Permission to Live