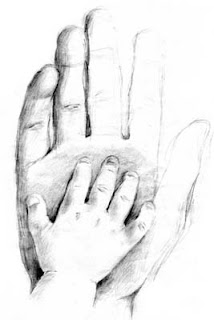 I could hear Ms Action wailing before my husband reached the top of the stairs. “Why is she always changing her clothes? Like 40,000 times a day!” he huffed. Yes, our 4 year old loves to dress up. She changes her clothes all day long, and tends to leave the discarded outfits wherever she stripped them off, making for quite a mess. My husband had found her changing her outfit again and yelled at her.

I have to admit I giggled. You see, my husband loves clothes. He is picky about what he wears, he has been known to change his outfit in the middle of the day, and he looks forward to those rare times that we get the chance to go clothes shopping.

“Um, honey? Do you really think yelling at her makes much sense. I mean, it drives us both crazy. But she’s just a little girl, who loves to dress up. And really, you’re kind of the same way, you love to dress up too.” He already had a small grin on his face, and by the time a tearful Ms Action rounded the corner, he crouched down to her height and apologized.

“I’m sorry. I was wrong to yell at you, yelling is not a nice thing to do. Will you forgive me?” They hugged and went off into the living room together to read a book.

Even though I’ve seen it before, it’s like watching a miracle every time. A full grown man admitting he is wrong? A father saying he is sorry to his small daughter? I never knew it was possible. It still warms my heart every time I see him humble himself.

When I mentioned it to him later, and thanked him for being willing to apologize to her, he replied “Well, you were right! It was silly for me to yell at her, especially for something that I do myself.”

Again, it stuns me. I was right? He really thinks I was right about something? I was able to talk with him and communicate something I felt he was wrong about, and he thought I was right? It’s something I’ve never really experienced. I was always told that women had to be quiet, submissive, and support everything the men in their life did as long as it wasn’t requiring them to sin. A man admitting he was wrong was weak. Men could not stoop so low, because that would be relinquishing their “God-given Authority”.

My husband continues to be my inspiration in love, parenting, and faith. His willingness to be humble, admit wrongdoing and make it right, hear me as an equal and treat me as an equal, are amazing to me.

He demonstrates a level of strength I have never seen, because he is OK with the fact that he has weakness. 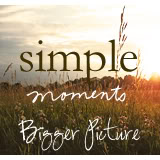 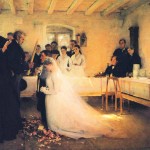 April 19, 2011
Courtship is not the Answer: My Courtship Story: Part 8
Next Post

April 27, 2011 Religious conversation, and the meaning of Faith
Recent Comments
0 | Leave a Comment
Browse Our Archives
Related posts from Permission to Live