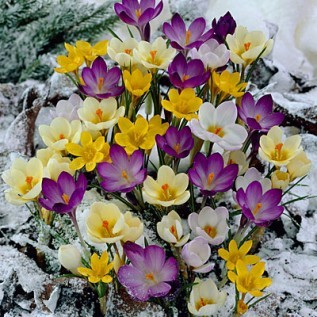 Even though we had hoped that it would be enough for my spouse to simply be more authentic to his feminine self, it seemed that the idea of transition was coming up more and more. My spouse talked about how frustrating it was to have this battle raging in his head every single day, his brain telling him again and again that he was really a woman. He told me how the idea of becoming an old man terrified him. It was bad enough being trapped in the body of a young man, but to be old and helpless and cared for by people who would treat him as a guy was dreadful to him. Sometimes he cried, all of the bottled up fear from the years gone by pouring out along with fears of the future and living life day after day fighting this never ending battle.

When the talk of transition initially came up, my heart sank. Were we losing the battle? Was I wrong to have let the conversation continue this long? Should I have told him to be quiet and put his head down and fight it alone? I told my spouse again and again that he didn’t need to change anything, that he had me in his life, and I loved him exactly the way he was. Except that as time went on I realized that I was contradicting myself in that very statement. Transgender WAS exactly the way he was, and if I really loved him regardless, transition wasn’t going to change that.

Talk of transition was a natural progression of the ongoing discussion we’d been having. Right alongside the growing contentment and happiness, my spouse would have periods of days or weeks where he slipped back into despair. It was usually triggered by some conversation where we discussed the future and how we were going to continue to handle this question of gender.

The societal pressure was so intense, usually he would talk about what a horrible person he was to be “putting us through all this” and that surely he could figure out some way to make it through life as a man. And then he would get quiet and moody again, and go back to wearing the old polo shirts I now knew he hated. It scared me seeing him like that, I knew he was trying to spare us from the prospect of gender transition, but also I knew how happy and carefree he could be, and it was hard to see him so miserable. We seemed to be going in a slowly recurring cycle. He would push himself to be more “manly” and get more and more depressed to the point of saying that “would all be better off without him”, and then I would tell him that he needed to get help, and he would start talking about getting on an anti-depressant to help him cope. And then we would talk again about self-respect and self-acceptance, and just letting go and being ourselves and seeing where life took us. And things would get better again. It was almost magical, how putting aside the guilt and shame would free him up, suddenly becoming the open, peaceful, lighthearted person I knew he was. The more we relaxed and stopped stressing about who we were “supposed” to be, the less frequent the down times were. Slowly, the conversation started to change.

Maybe he should get involved with a support group, with other people like him. Maybe we could go out shopping sometime with him dressed as a woman, just us together as a treat. Maybe someday when the kids were grown up, we could go on vacation together as two women in a place where no one who knew us would see us. Maybe after the kids were grown up and living their own lives he could transition to living as a woman full-time. Maybe someday he wouldn’t have to fight this battle every day.
Maybe, someday, he could just live.
One interesting development was realizing that the actual thought of him becoming a woman someday did not scare me. I had always known I was sexually attracted to women, but I kept asking myself “shouldn’t I be a little more freaked out about the idea of my spouse changing sexes?” The fact is, I wasn’t. The theoretical transition was still years away in my mind and my spouse was still my spouse. Throughout this whole process he had only gotten healthier and happier overall. We loved each other and we were a good team.

I started to talk about my own journey a bit, talking for the first time about the girl I had had a crush on in my early teens, saving a sticker she had given me in my jewelry box after she moved away. The times I had fought the sudden urge to kiss several different girls I knew, totally confused as to where the strong feelings had come from. How I had watched as friends talked about this or that cute actor and felt that they all looked alike to me, so I picked the hairiest and “manliest” actors I could to hide the real truth. How I had asked my mom what she had found attractive about dad, and when she said it was his broad shoulders, that became what I told people when they asked what “my type” was. How I had asked my parents about same-sex attraction and received answers that made me feel even more alone. How I had patted myself on the back with purity culture pride for being so completely in control of my interactions with and feelings for men. I knew that the only path that was acceptable was to get married to a conservative homeschooling Christian man and have his children, and I had felt so despairing of all the young men I met, none of them seemed right for me. But somehow my spouse and I had forged a relationship despite it all.

The more we talked, the more we realized how our secrets had affected our marriage as well. The evangelical marriage books I had read about how to serve my husband best and discover “what he truly wanted” had completely backfired since he was nothing like these books insisted men were. All of the behaviors and mannerisms he had tried to keep up because he had been told they were manly were now gratefully dropped. We started communicating about what we liked and who we were and longtime sexual hang-ups in the bedroom began to collapse. We laughed about the times I had pointed out an attractive girl to my spouse in the past, and times I thought he had been being silly when he put on an article of my clothing and asked how he looked. How had we not realized these things about each other sooner?

Despite all the new questions
our relationship was closer than ever.
Click here to go to Part 7
Previous Post

April 18, 2012
Unwrapping the Onion: Part 5: The Beauty of Acceptance
Next Post