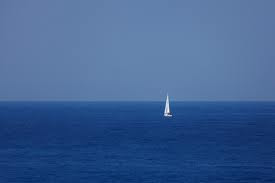 It had been a year since my spouse had come out to me. It felt like it had been much longer. So much had changed and yet nothing had changed. We still hadn’t decided how Christianity tied in with our changing reality: I was leaning further and further away from the idea of God but my spouse still believed. We felt like there were no real answers anymore. Life was not as black and white as people wanted it to be. My spouse was talking more and more about transitioning and I felt like there was no one-size-fits-all in gender identity. Maybe my spouse would become comfortable living as a man and wouldn’t need to transition, but maybe he wouldn’t. Maybe he would transition to living as a female someday, but again, maybe he wouldn’t. The idea just wasn’t that scary to me anymore. My spouse was already living as such a feminine person as he had grown more comfortable with who he was, transition would just be a natural next step if it happened.

In fact the only fear that still clung to me was how this would affect our children, and that made me wonder if my spouse should try to put off transition until the kids were grown up. The faith and culture that I had been brought up in told me that children had to have parents of both genders to be happy, healthy, and well-adjusted. Wouldn’t our children resent us for having grown up with two female parents? How would society treat them? Would they always be the kids with the weird dad? Was it even possible to raise kids without a “manly influence?”

Despite my fears and doubts, I couldn’t deny that my spouse was happier than I had ever seen him. He was relaxed and involved. He was dressing more and more femininely at home, and the kids didn’t mind at all. They were starting to figure out that their daddy was a bit different than other daddies, but they were happy to have a peaceful parent who loved them and cared for them, talked with them and snuggled them and listened to them. It was as if a huge burden had been lifted off his shoulders, like he no longer had to spend the majority of his time struggling to constantly tread water and keep his head above the surface and stay alive. Instead, all of the energy that had been consumed in that struggle could be spent on parenting and living. The conversation about transition “someday” started to change into transition being a real option in the near future, and I couldn’t come up with a reason our kids should have to go back to having a depressed repressed parent who lived as a male and struggled to survive with the help of anti-depressants instead of a happy relaxed involved parent who lived as female. A guy as feminine as he was turning out to be was going to out of the ordinary anyway. Why was I questioning this at all? To please a god? Who had played this gender joke on us in the first place? A god I wasn’t even sure existed?

So, to combat my fear of my children growing up with gay parents, I once again turned to education. I started reading about non-traditional families and one of the stats that startled me was that over 50% of families today did not fit the traditional standard that I had been led to believe was the only healthy family. There were many children being raised by single moms or single dads. Often parents divorced and children spent time living with either parent at different times. Children today are being raised by grandparents, foster parents, and widowed parents. My kids certainly wouldn’t be the only ones with a “different” family. Studies showed that the child’s emotional well-being and healthiness had more to do with how they were respected and loved and cared for as individuals than the exact set-up of their families.

I began reading more and more about LGBTQ parents. I read the stats on how their kids did in school, and how they matured emotionally. I read books written by people who had grown up with gay or lesbian or transgendered parents, and listened to their perspectives. The stats were encouraging, and most of the hardships involved with growing up with LGBTQ parents seemed to come from the pressure from society to conform and the prejudice that created, not the parents themselves. In fact, the divorce that commonly took place after the revelation of sexuality or gender identity questions seemed to have more impact on the children than the sexuality or gender identity questions themselves. The parents and the kids seemed to have the normal range of personality traits and issues that any family would have. Why would our kids be any different? We didn’t hit them, we would accept them and love them whoever they were or whatever they wanted to be. Their emotional health and well being was a top priority for us, and would continue to be so. Did it really matter that their dad would have a unique story? Normally, if a parent had a medical condition that hampered their ability to be happy and productive, society would bless and encourage their seeking treatment. Why should my spouse’s condition be any different?

One of the things I had to consider was that if my spouse did end up completely transitioning to living as female, the medical treatments for gender dysphoria would mean an end to fertility and further genetic children. I had already come to the conclusion that I did not want as large a family as I had grown up in, but the idea of limiting children or being done was still relatively new to me. We now had four beautiful children, whom I loved dearly and who had kept me from getting a full night’s sleep for five years straight. I knew I needed a break and I did not want to become pregnant again in the near future. I also knew I wanted to have the time and energy to be there for each one of my children. But because I had spent most of my life believing that my main purpose in life was to produce children it was hard for me to imagine any other reality.

I kept thinking about it, determined to get to the bottom of my feelings and make sure that I really was OK with a future with fertility limitations. Slowly I started to see that I had value outside of my fertility. I asked myself if my spouse had any other medical condition, would I demand that he refuse treatment because it could affect his fertility? I also learned more about the range of options available for people who are undergoing treatment that may compromise fertility, including sperm banking. And I wondered if perhaps there could be a space in our family for adoption or fostering children someday, a dream which seemed so impossible back in our Quiverfull days of having a baby every 18 months.

As the idea of transition in the near future became more real, we talked at length about our children and our marriage. We asked ourselves if was divorce something that needed to happen? My spouse wanted to make sure I was really OK with him going ahead with gender transition. He insisted that he would understand completely even if we needed to part ways, and that he would continue to provide us financial support regardless. We talked about our children, and asked ourselves if they would they be better off if we separated? But divorce still didn’t make sense to me. I was happy with our relationship and thrilled with my spouse’s new involvement in our children’s lives. Even if for some reason we decided that our relationship wasn’t going to work out, I knew I would still want him involved with parenting our children. I was attracted to him now, and I couldn’t see that changing. He had been the first person to love me unconditionally, and had been there for me all along my journey of questioning and healing from my past. He was a caring, empathic, patient and passionate person, and I wanted to continue my life-story with him. And as I’d begun to unwrap my own sexuality for the first time, I was starting to feel that if we were to separate for some reason, or if my spouse were to die, I would be romantically interested in women anyway, so I had nothing to lose by staying together.

April 23, 2012 Unwrapping the Onion: Comments
Recent Comments
0 | Leave a Comment
"As a new mom, even if my daughter is a toddler now, weaning is really ..."
Lynn Toh Weaning my Tandem Nursed Toddler
"So, I came across this post for the first time today, two years after it ..."
Sheila Warner Finally Heard? The Duggar Aftermath
"Just wanted you to know that I keep checking occasionally for updates, and I hope ..."
William Burns Brave New Life: Part 7: The ..."
"> How does that make sense?It saves them lots of money."
Tim Locke How I lost my fear of ..."
Browse Our Archives
Follow Us!

Nonreligious
What I Understand
Permission to Live
TRENDING AT PATHEOS Nonreligious