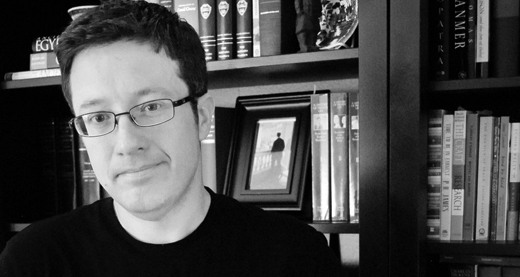 Today’s guest post is written by Brandon G. Withrow, Assistant Professor of the History of Christianity and Religious Studies at Winebrenner Theological Seminary (Findlay, OH). He is most recently the author of Becoming Divine: Jonathan Edwards’s Incarnational Theology within the Christian Tradition (Cascade, 2011). He blogs at The Discarded Image (discardedimage.com) and his author blog, BrandonWithrow.com.

Jonathan Edwards was one of the most important voices in the formation of evangelicalism in the 18th century. The famous revivalist and preacher of the First Great Awakening in New England—often best known for his sermon, “Sinners in the Hands of an Angry God”—Edwards is consulted by many Evangelicals today as a source for theological insight.

There is a thread of Edwards’s thought that I’d like to unravel for this blog and it involves what I see as an incarnational analogy for Scripture. I will explain in this post what this means. In my next post I will show how this idea of an 18th century theologian can, and should, help to ease current Evangelical resistance to what science tells us about human origins.

I also wish to add one caveat: I am an historian and not a theologian. And while I do not see history as a 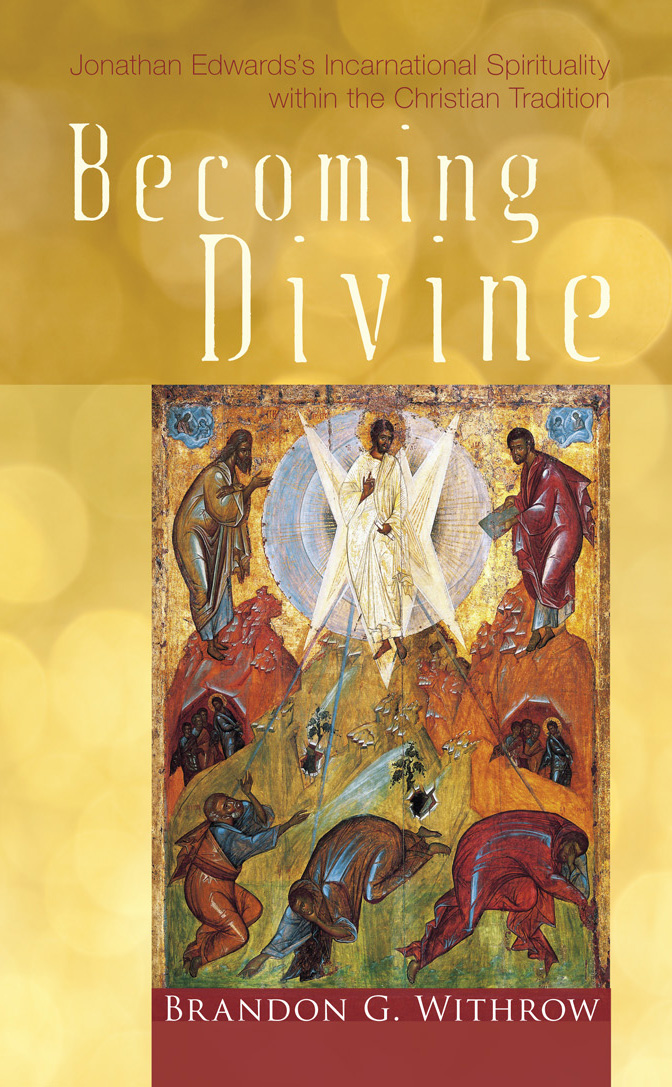 theological enterprise, I would be remiss if I did not bring to the attention of my Evangelical friends some interesting, and relevant, intellectual artifacts that could help change the current discourse between religion and science.

When Edwards was younger, he was taught that true conversion is demonstrated by fear and trembling. Throughout these years, he questioned his many “conversion” experiences when they lacked these qualities.

Everything was turned upside down when he experienced a conversion that was not full of fear and trembling, but rather a “surprising, amazing joy.” In fact, it was so strange that he was not entirely sure if what happened was a true conversion, and he spent years studying the Bible to get to the bottom of it.

This surprising conversion included a new appreciation for the beauty of nature and Scripture. In fact, he felt an intense connection to the divine being, as if he was transported to the heavenly world. He wondered if God was doing something different in the world, and began a long search for answers, engaging his theological imagination.

Edwards’s solution as to why his conversion was joyfully connected to the divine, rather than driven by fear, came as the result of a “Spirit-Christology,” a term that refers to the Holy Spirit’s role in maintaining the proper relationship between Christ’s divine and human natures.

Christ is fully divine and fully human (two natures), but one person. Many theologians have asked, how was it that Christ’s divine nature did not overwhelm his human nature? How could the integrity of both natures be preserved, without confusion and without separation as the Christian tradition establishes?

The Holy Spirit, according to Edwards, resolves these problems. (It is an idea that is found in the theologies of John Owen, John Calvin, and Didymus of Alexandria.) The Spirit, according to Edwards, unites the human nature of Christ to the divine nature and actively maintains the integrity of both, all the while not becoming an addition of a divine being to the person of Christ.

In doing this, the Spirit can ensure that the limitations of the human mind of Christ are maintained, otherwise, if the divine attributes were allowed to mix or rewrite the human nature, he would lose his genuine humanity, since the finite cannot contain the infinite.

Not all of the details are necessary for this post, but the results are helpful for Edwards in a few areas. First, it allowed him to explain why Christ’s knowledge was limited, such as not knowing the time of his return (Matt. 24:36). For Christ to be truly human, he could not (as to his human side) know all things—an attribute of being divine. The Spirit keeps the divine from changing the human in this way by having the responsibility of maintaining the distinct relationship between the two natures. Writes Edwards, “’tis by the Spirit that divine knowledge and consciousness is given to the man Jesus” (Works of Jonathan Edwards 13:530; WJE, hereafter).

Christ’s human nature is united to his divine nature thanks to the Spirit’s work. Likewise, the same Spirit unites Christians to the divine.

Now Edwards knew why his conversion was joyful. He could spiritually see God—the creator and upholder of creation—in nature due to his participation in the divine nature (2 Peter 2:4). He and God were intimate and this had many perks. The Christian, says Edwards, possesses all things.

God three in one, all that he is, and all that he has, and all that he does, all that he has made or done—the whole universe, bodies and spirits, earth and heaven, angels, men and devil, sun moon [and] stars, land and sea, fish and fowls, all the silver and gold, kings and potentates…are as much the Christian’s as the money in his pocket …by virtue of his union with Christ… (WJE 13:183-184).

This new perspective opened doors for Edwards’s theology. It affected how he understood, Christ’s incarnation, his own conversion, and, as I’ll show in my next post, Scripture.