“What is the Gospel?” Good Question (and chances are you are wrong)

“What is the Gospel?” Good Question (and chances are you are wrong) August 10, 2012 Peter Enns

David Williams has two recent posts (here and here) on the question, “what is the gospel?” [FYI,  with a captial ‘G’, Gospel refers to one or more of the four Gospels in the New Testament: Matthew, Mark, Luke, and John. With the lower case ‘g’ it refers to the concept, as in “preaching the gospel.” I usually charge good money for this information, but I’m in a good mood today. You’re welcome.]

Some people roll their eyes, no doubt. “What a silly question, only the kind eggheads or confused people ask. The gospel is the good news that Jesus was crucified to save sinners so they can get to heaven. Period. Let’s not make it complicated.”

Fair enough, but the question “what is the gospel?” is a big topic nowadays. No, they are not trying to make something simple into something complicated to confuse people needlessly. Rather, the common Christian way of answering the question–like the example I give above–misses a lot of what the New Testament says about the gospel. Which, if true, is a big problem.

That is what Williams is getting at in his posts, and they’re well worth reading.

Williams points out that “gospel” as it is commonly understood, at least among conservative Protestants, is tied to issues that were big during the Reformation. Martin Luther and others were struggling with the question of how we are made right before God, or as we might put it today, “how do you get saved?”

To make a long and complicated story short and simple, Luther argued that we are justified before God by faith alone, not by works. As we might put it today, “good deeds don’t get you to heaven.” Luther got that idea from the New Testament, especially Paul’s letters–or better, how Luther understood Paul’s letters given the kinds of questions he was asking, but I digress….

Here is the point: How Luther understood “gospel”–how someone gets

right with God–is not really “the gospel.” Rather, it is part of the gospel, an implication of the gospel. Luther talked about the gospel the way he did to address a theological concern of his time, but that doesn’t mean Luther’s definition gets to the heart of the matter. In other words,

…the gospel is not about how you get saved.

That is Williams’s point, and he is right. Common definitions of the gospel today that stress personal salvation are equating the gospel with a topic of debate during the Reformation. What happens when you do that is you miss so much of what the Bible actually says about the gospel.

So, “What IS the gospel?! Thrown me a bone, here. You can’t just take away what I’ve always beleived and leave me hanging!!!”

OK, calm down. That’s what Williams’s posts are about. I’ll let you read them for yourself, but basically here is where he is going.

1. “Gospel” comes from a Greek word that means “good news.” That word already meant something in the first century Greco-Roman world before all the Jesus stuff happened. If you know that background, you will understand better why the “news” about Jesus is called “good”–or, why the news about Jesus is better than the “good news” others were offering. In other words, the New Testament co-opts a known concept and turns the idea on its head. That first century context is more important than the context of the Reformation for defining “gospel.”

2. According to the Gospels, the gospel is not about the afterlife, but what “kingdom” you belong to here and now. Jesus talks a lot about the “kingdom of heaven” (or “of God”), and this is commonly misunderstood as a kingdom “up there” somewhere. But read what Jesus says about the kingdom. It is about the rule of God on earth, with Jesus as king. “Kingdom of heaven” doesn’t mean “kingdom that is IN heaven” but “kingdom FROM heaven.” God’s reign, though King Jesus, is setting up shop here and now. The question Jesus asks the people is, “Do you want in or not?” (By the way, that’s what we mean in the Lord’s prayer, “Thy kingdom come, they will be done, on earth as it is in heaven.”)

What “gospel” means is a timely topic that a lot of people are talking about–scholars and other leaders–and it’s good to be aware of the discussion. It’s not about novelty but trying to understand the Bible as it was meant to be understood.

August 10, 2012 Disagreeing Well (because people are watching)
Recent Comments
1 Comment | Leave a Comment
Browse Our Archives
get the latest from
Evangelical
Sign up for our newsletter
POPULAR AT PATHEOS Evangelical
1

Should Christians Fight the Culture or...
Cranach
Related posts from Peter Enns 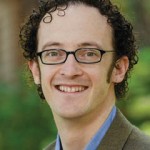